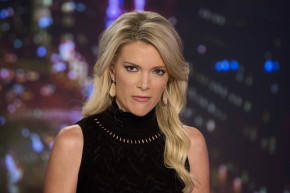 Donald Trump won, and now some factions of his online army are figuring out ways to get back at those who opposed him. On the heavily trafficked pro-Trump Reddit page, r/The_Donald, supporters are listing politicians, celebrities, and companies who they say criticized the president-elect. But, the list of enemies can be hard for even the purest Trumpeter to keep track of, so some developers are working on an automated way to make things easier.

A new Chrome and Firefox extension, called “Cuckblock,” will identify any of the group’s targets whenever their names come up online by adding the word “cuck” or “cuckette.” Cuck comes from “cuckservative,” a neologism that gained traction as a term for a fake conservative. People on the list include Amy Schumer, Lena Dunham, Neil Young, John Legend and others. The extension also blocks access to a number of news sites, including CNN, the Washington Post, and the New York Times.

“It’s getting hard to keep up with those who trash talked our President. He’s done quite a bit of his own shitposting but, we need to start doing our part. So, let’s start off by making it easy to keep track of the professional cucks with our new Chrome Extension, Cuckblock,”  write the developers of “Cuckblock” on their website. They are also asking supporters to help them update the list of “biased” companies and people.

The extension is simple — once you’ve installed it, it will stick “cuck” or “cuckette” between a person’s first and last name. For example, the name Megyn Kelly will appear on the browser as Megyn “Cuckette” Kelly while John Oliver shows up as John “Cuck” Oliver. The extension will also redirect anyone heretical enough to try to go to CNN’s website a landing page, reminding them of CNN’s alleged cuckishness.

In his acceptance speech last week, the newly elected Trump attempted to hit a rare, conciliatory note: “For those who have chosen not to support me in the past, of which there were a few people, I’m reaching out to you for your guidance and your help so that we can work together and unify our great country,” he said.

But those words, after months of a campaign based on targeted verbal and Twitter attacks by the candidate on any who criticized him, don’t appear to have sunk in. At the very least, his most fervent supporters sure aren’t buying it.