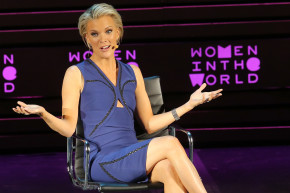 Fox News star Megyn Kelly’s new memoir “Settle For More” was released on Tuesday. It’s Wednesday morning, and already the 352-page book has hundreds of reviews by some apparently very speedy readers. The majority of them hate it.

Nearly 75 percent of Kelly’s customer reviews are one star. Nearly all of the rest are five star reviews, some of them apparently solely posted in response to the one-star reviews. But only 24 of the 296 reviews are from “verified purchasers,” and, of those, just two are one-star reviews. This indicates that maybe — just maybe! — there is some kind of organized effort by Megyn Kelly’s haters, perhaps related to our new president-elect, to give her book bad reviews without ever having actually purchased or read it.

“Horrible, bullying, hit piece,” reads one of the two verified purchase one-star reviews. “Megyn would have you believe she is an author, a journalist, and a victim when in reality she is a talentless shill who made it her mission to attack the 45th President of the United States. I have not watched her on FOX since she went out to end President Trumps [sic] campaign.”

Nearly 1,000 people have said they found this “review” to be “helpful.”

“I tried to get into it, but I just can’t even,” he said. This was measurably more effort than he claimed to put into reading Schumer’s book, his one-star review for which simply said “I can’t even.” (He gave the phone screen replacement four stars.) So, progress.

Kelly has, of course, been the target of many of Donald Trump fans’ ire after she dared to ask the then-candidate for the Republican presidential nomination why he called women names like “fat pig” and “slob” during a GOP debate. Trump then spent several months criticizing Kelly and refused to participate in the next GOP debate she moderated.

Though Kelly says she and Trump have made peace, some of Trump’s supporters apparently don’t feel the same way. A thread on the “The Donald” subreddit is encouraging them to come out in droves against her book. A few of the thread’s respondents disagreed with this tactic: “I hope you actually read it,” said kicktriple. “We shouldn’t go around disparaging everyone who attacks Trump, unless it is truly warranted.” And -Rigel- said it wasn’t a good idea to “review bomb a book we’ve never read” and that “we’re better than this.” But most seemed to think they were not, in fact, better than this.

One redditor even suggested throwing the book a few two-star reviews “to make the onslaught seem more natural.” This might not be a bad idea, as Amazon appears to be pulling fake bad reviews faster than the trolls can write them; while at one point they claimed that more than 90 percent of the reviews were one-star, both the number of reviews and the percentage of one-star reviews has gone down since then.

Don’t except the onslaught to end there, however. Some Trump fans are hoping to set a record for the most one-star reviews a book has ever received on the day of its release.