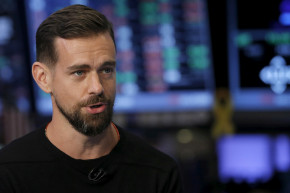 Will Twitter's alt-right users and trolls move on to Gab?

Dorsey says more people are taking advantage of Twitter's openness to be abusive to others — REUTERS
By Jacob Steinblatt
Nov 16, 2016 at 7:42 AM ET

Followers of the alt-right movement are weighing their options after Twitter suspended a number of prominent accounts affiliated with the movement, including Richard B. Spencer, president of the white nationalist think tank National Policy Institute and founder of Radix Journal.

On Tuesday evening, Twitter banned a number of alt-right accounts, including the movement’s “thought leaders,” such as Ricky Vaughn, Paul Town, and John Rivers. This follows the suspension of Breitbart technology editor and alt-right celebrity Milo Yiannopoulos in July, after he led an abuse campaign against comedian Leslie Jones.

While some of the banned users have already created new accounts, others are figuring out where they can post without fear of suspension. Redditors on r/altright shared a number of different resources, including forums and an activist network. Many others put their hopes in Gab, the alt-right friendly social network first launched in August.

Gab founder Andrew Torba, a formerly active Twitter user, deleted all of his tweets on Tuesday except for one, advertising his social media platform with the hashtag #SpeakFreely. There has been a response to Torba’s call — Vocativ detected over 2,100 tweets tagging @getongab, Gab’s support account on Twitter. Users begged the site to open up its userbase, as the line for invitations to use the platform was over 127 thousand as of Wednesday morning.

@getongab you're letting a HUGE opportunity pass with this invite situation. Open it up. Now is your time.

Twitter has so far declined to comment on the suspensions, but the accounts were removed shortly after Twitter CEO Jack Dorsey announced the implementation of new methods to minimize online abuse, including a new reporting category for tweets that “direct hate against a race, religion, gender, or orientation.”