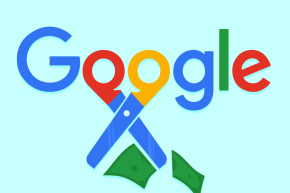 After a flood of accusations that their platforms’ inability to weed out the fake news from the real may have influenced the outcome of the election, Facebook and Google are trying to cut those “news” sites off from a major revenue source: advertisements.

According to The New York Times, both companies made it clear on Monday that fake news sites would not be allowed to use their ad platforms to generate income. This could be a major blow to those sites, as Facebook and Google combined are estimated to earn 64 percent of all online advertising revenue. Facebook already barred “misleading” websites from using its two-year-old Audience Network platform, which allows companies to use Facebook targeting to run ads on their own websites. On Monday, the social media platform clarified that fake news sites are part of that banned misleading content category.

This came after Google announced that it would no longer allow fake news sites to use its AdSense platform. Google recently became part of the conversation surrounding fake news and its roll in spreading misinformation to the electorate when a blog post with no listed author falsely claimed that Donald Trump won the popular vote (he didn’t) — and was prominently featured on Google News. A Google spokesperson told Fortune that it was planning to add fake news sites to the AdSense ban before the election.

While these moves will stop a big potential source of income from coming to the fake news sites, it doesn’t shut them down entirely. The sites can use other ad platforms, and many also link to stores selling T-shirts, hoodies, and mugs. Two of them, “Donald Trump News” and “Conservative Insider,” boast nearly 450,000 combined likes on Facebook and lead to very similar-looking sites that peddle false information (untrue stories about Trump bringing production of some Ford trucks to Ohio from Mexico and Denzel Washington supporting Trump lead those sites). Both direct visitors to the same store on Teespring, which allows anyone to create and sell customized clothing and is heavily backed by Silicon Valley venture capitalists.

This also won’t stop the sites’ ability to spread misinformation in the first place; just make it more difficult to profit off of it. Facebook founder Mark Zuckerberg has said that he thinks there is only a “very small amount” of fake news and hoaxes on Facebook and didn’t think they had any role in the outcome of the election. But several reports have said that inside Facebook, at least some employees are aware of and concerned about how easily the platform has been used to spread false, hyperpartisan (and usually right-wing-leaning) “news” to millions of people, and are looking at ways to fix it.