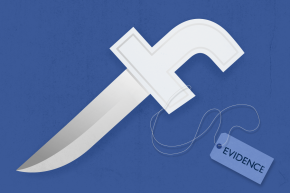 The social media company recently memorialized many of its users

Three days after a contentious U.S. election made reality television star Donald Trump the president-elect of the United States, Facebook briefly marked huge numbers of people as having died.

For reasons not immediately clear, many users logged onto Facebook to see they had been memorialized, a special state that tells friends that the user has died, and allows them to post remembrances on their wall.

Normally, Facebook only memorializes a user after a lengthy process that requires friends or family to prove to the company that their loved one is deceased, like a death certificate or obituary.

The vast majority of people Facebook marked as dead, however, remained alive.

As of press time, the glitch appeared to have been fixed. A Facebook spokesperson sent Vocativ the following statement: “For a brief period today, a message meant for memorialized profiles was mistakenly posted to other accounts. This was a terrible error that we have now fixed. We are very sorry that this happened and we worked as quickly as possible to fix it.”