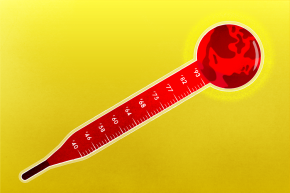 People born before 1968 have different immunities than those born after

The seasonal flu is already plenty serious, capable of killing upward of 50,000 people in the United States in the most severe years. But the far greater danger comes from outbreaks of flu strains that normally affect only animals, for which human immune systems are entirely unprepared. And the year you’re born could play an unexpectedly vital role in determining your odds of survival in a flu pandemic.

There are 18 different subtypes of flu strains, but only three of them – H1, H2, and H3 – have made a permanent jump from animals to humans in the past century. The other 15 subtypes occasionally spill over into humans, and those tend to be extremely deadly when unfamiliar human immune systems come in contact with them. The good news is that these viruses are adapted to circulating between other animals, not humans, which limits their ability to spread. But a handful of unfortunate genetic mutations could make those unfamiliar viral strains capable of a global pandemic.

To better understand that risk, researchers at the University of Arizona and UCLA examined all known cases of serious illness or death from H5N1 and H7N9, two bird flu strains. They found that the very first flu strain a person came into contact with as a child helped determine their body’s ability to fight off that later encounter with an unfamiliar strain.

That’s because H5 strains are close cousins of the H1 and H2 strains, while H7 is a cousin of the H3 strain. When our immune systems come in contact with a flu strain for the very first time, they produce antibodies that target the receptor proteins on the surface of the virus. Those proteins for H1, H2, and H5 all have one flavor, while those for H3 and H7 have a different one.

We keep antibodies for that particular receptor protein for the rest of our lives. It’s not enough to give us total immunity to the flu – we wouldn’t need get shots every year if it did – but it does confer protection against novel flu strains that have the same flavor of receptor.

“These exposures do indeed have a tangible effect down the road,” University of Arizona researcher Michael Worobey told Vocativ in an email. “Every individual seems to possess impressive immunity to group 1 or group 2… but not both.”

The year you’re born matters because different flu strains have dominated at different times in the recent past. Worobey and his colleagues identified 1968 as a major cutoff, as the so-called Hong Kong flu pandemic that year flipped the world’s dominant strain of influenza A virus, or IAV.

Everyone born after that has been building up immunity that could help against a mutated form of H7N9, but would do precious little good against H5N1.

For now, Worobey and his colleagues are focused on these big-picture differences, though it’s possible there are still finer distinctions to make than simply looking at those born before and after 1968. And it’s not just unfamiliar flu strains that your birth year can help shape your immunity against.

“We suspect the patterns have extended to seasonal flu too,” said Worobey. “If you had H1 or H2 first as a kid, maybe you’re more likely to get really sick from today’s H3N2 viruses rather than today’s H1N1 viruses.  We’re looking into it.”