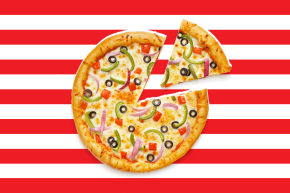 Portland Heroes Send Pizza To Polling Stations Around The Country

American democracy is getting an infusion of pizza.

A pair of Portland, Oregon web developers are drumming up thousands of dollars online to send sizzling pies to voters trapped in long lines across the country. No, seriously.

“Americans are hungry for democracy and are turning out in record numbers to vote,” says the Pizza to the Polls website. “But that means long lines and sometimes empty stomachs, which might discourage these brave patriots from performing their civic duty.” So, they’re stepping in to help, Willamette Week reported.

How does it work? Using Twitter or Instagram, voters can report a long line to the Pizza to the Polls website. The site, using money raised from anonymous donors, then orders a pizza from a nearby restaurant, which goes to deliver the pie.

As of Tuesday morning, Pizza to the Polls claims it has raised more than $14,000 and has sent 175 pizzas to polling stations as far flung as Chicago and Miami. And it sounds like a much needed reprieve. By midmorning Tuesday, Instagram and Twitter were filled with posts of voters waiting in lines stretching into parking lots and around blocks.

The initiative is the brainchild of Scott Duncombe and Noah Manger, who launched Americans Against Insecure Billionaires With Tiny Hands PAC earlier this year. Their latest effort, however, is completely nonpartisan — just super pro-pizza.