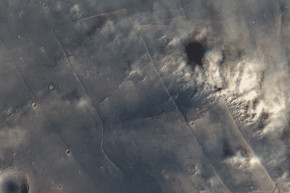 The First Mars Weather GIFs Are Here
By Andrew Caringi 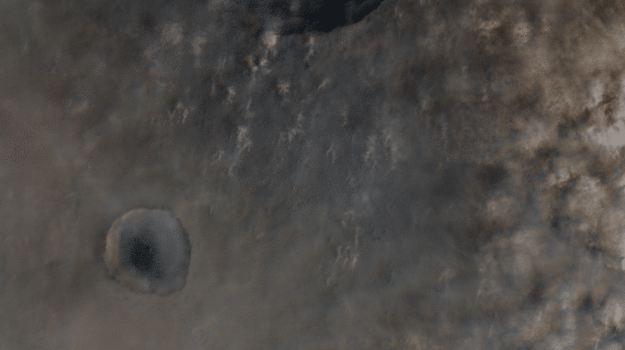 Using imaging data from a spacecraft orbiting Mars, an amateur astronomer created the first movies we have of the read planet’s weather systems. The European Space Agency’s Mars Express orbiter has captured over 10,000 images since its arrival in 2005. But these still images give the impression that Mars is a very static planet. So amateur astronomer Justin Cowart searched through the archives and constructed moving images from the data. Captured during the Mars’ 2011 storm season, the images were colorized using open-sourced sensor data from the orbiter. The result shows us that the volatile and dynamic weather on Mars’ looks very much like Earth’s. These Mars dust storms just became our new favorite GIFs.