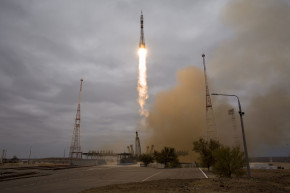 One day, an asteroid could hurtle toward Earth. What if we can’t “Armageddon” our way out of it, and send a hero like Bruce Willis on a suicide mission to save us?

That was the actual scenario played out by NASA and the Federal Emergency Management Agency (FEMA), which hosted an exercise late last month to simulate how they would respond if an asteroid was set to strike Earth. “It’s not a matter of if — but when — we will deal with such a situation,” said Thomas Zurbuchen, the associate administrator for NASA’s Science Mission Directorate in Washington, according to a recent NASA news release.

More This NASA-Inspired Garden Grows Food In Your Home

In the exercise, NASA and FEMA, as well as representatives from the U.S. Air Force and other government bodies, discussed how they would react if impact is expected four years from now, on September 20, 2020. The asteroid would be discovered now, giving the government time to prepare. While NASA would initially believe the rock only had a 2 percent chance of making contact, that would rise to 65 percent after three months, and 100 percent by May 2017. Later next year, NASA would predict the asteroid would strike either in southern California, or just off the West coast. The rock would be between 300 to 800 feet wide.

The scenario was slightly different from the disaster situation depicted in the 1998 hit “Armageddon,” in which NASA discovers a rogue asteroid the size of Texas only 18 days before it’s due to collide, causing the end of human life.

This time around, NASA wanted to figure out what the government would do if there was no time for a Bruce Willis-style detonation, suggesting four years was still not enough time to launch an offensive to push the asteroid off course. It said the exercise was designed so that the time to impact was too short for deflection, and “to pose a great future challenge to emergency managers faced with a mass evacuation of the metropolitan Los Angeles area.”

NASA did not reveal its exact plans, but said event attendees considered ways to offer “accurate, timely and useful information to the public, while also addressing how to refute rumors and false information that could emerge in the years leading up to the hypothetical impact.”

“It is critical to exercise these kinds of low-probability but high-consequence disaster scenarios,” FEMA Administrator Craig Fugate said, according to NASA’s news release. “By working through our emergency response plans now, we will be better prepared if and when we need to respond to such an event.”