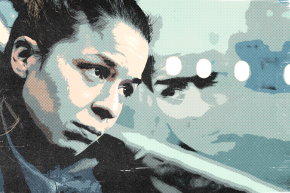 From traveling hundreds of miles to being unable to get a medical abortion, a new study details the difficulties faced by the state's pregnant women

When “Jane,” a 31-year-old woman living in Texas, decided to get an abortion, she found that her nearest clinic was a daunting 85 miles away. She nonetheless set out for her first ultrasound appointment, which is mandated by state law, but then her car broke down on the way. So, Jane had to use a combination of cab, city bus, and Greyhound bus just to make it. The appointment lasted longer than expected, so she missed her return bus, which meant she had to buy another ticket.

“It was awful. It was raining that day, of all the days it’s raining,” she said in a subsequent interview. “It was the longest day that I can remember having for a long time.”

This is the reality of access to reproductive healthcare for many women in Texas following the passage in 2013 of HB 2. The restrictive bill led to more than half of the state’s abortion clinics closing. Jane is just one of nearly two-dozen women interviewed in-depth for a Texas Policy Evaluation Project study, published in the journal PLoS One, on the bill’s impact. The qualitative study focused on women who had to travel more than 50 miles for care or who strongly preferred a medical option like the abortion pill over surgery. In the interviews, the women detailed the range of barriers they encountered — from long driving times and high travel costs to an inability to obtain the kind of abortion they wanted.

In Jane’s case, some of these challenges forced her to reconsider. After all her travel, the overburdened clinic wasn’t able to schedule the abortion for at least three weeks — so, in part because she felt she would be too far along in her pregnancy by then, Jane decided against having an abortion. Two other women in the study reported that they also considered changing their minds, although they ultimately went ahead with their abortions.

“The only time I thought about not doing it was in the beginning because, like I said, driving to San Antonio was — like wow, I have to drive six hours to do the procedure,” said a 21-year-old told woman, who had to travel 300 miles. “I thought it was a little bit out of my league, like don’t do it, that’s too far.”

In other cases, women were forced to tell people about their abortions because of the distances they had to travel. A 30-year-old woman felt pressured into telling her sister, who was watching her three children while she traveled the 50 miles for her abortion. “I had to find someone I had to confide in about the situation and let them know if they could watch the kids,” she said. “I basically [had to] disclose information about the situation that [I didn’t] necessarily want to, I mean, that’s kind of — that’s disturbing.”

More The Future Of Abortion In America Lives Here

Then there were women who strongly preferred using the abortion pill but were met with challenges or a total inability to obtain it, and thus were forced to go the surgical route. That is thanks to HB 2 greatly limiting the provision of non-surgical options, including by restricting it to seven weeks’ gestation. A 20-year-old told researchers that she only found out her nearest clinic didn’t offer the abortion pill at her first appointment.

“I just started crying hysterically in front of the girl who was counseling me and she didn’t know what to do,” she said. “It was like, ‘I could refer you somewhere else but, you know, you’re like three days away from the [cutoff] day,’ and I didn’t have half the money I needed for it yet.”

These findings build on past research showing that HB 2 led to farther travel and higher out-of-pocket costs for obtaining an abortion. “Taken together these results provide further insight into the burdens imposed by HB 2 and the ways that the Texas abortion law has limited women’s access to abortion,” says the study. “Abortion is a component of comprehensive reproductive health care, and denying women access to this service is increasingly recognized as a breach of human rights.”

Over the summer, the United States Supreme Court overturned portions of HB 2, but clinics have yet to reopen. “We believe that the findings from this study still speak to the experience of Texas women today who have to travel for abortion care,” said lead author Sarah Baum in a press release.

The study suggests that some of the damage of HB 2 will be undone with time — but, for now, Texas women are stuck with the reality of traveling great distances, sometimes hundreds of miles, just to obtain an abortion.