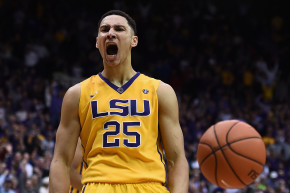 In a documentary following his one season with LSU, Ben Simmons unloads on the NCAA 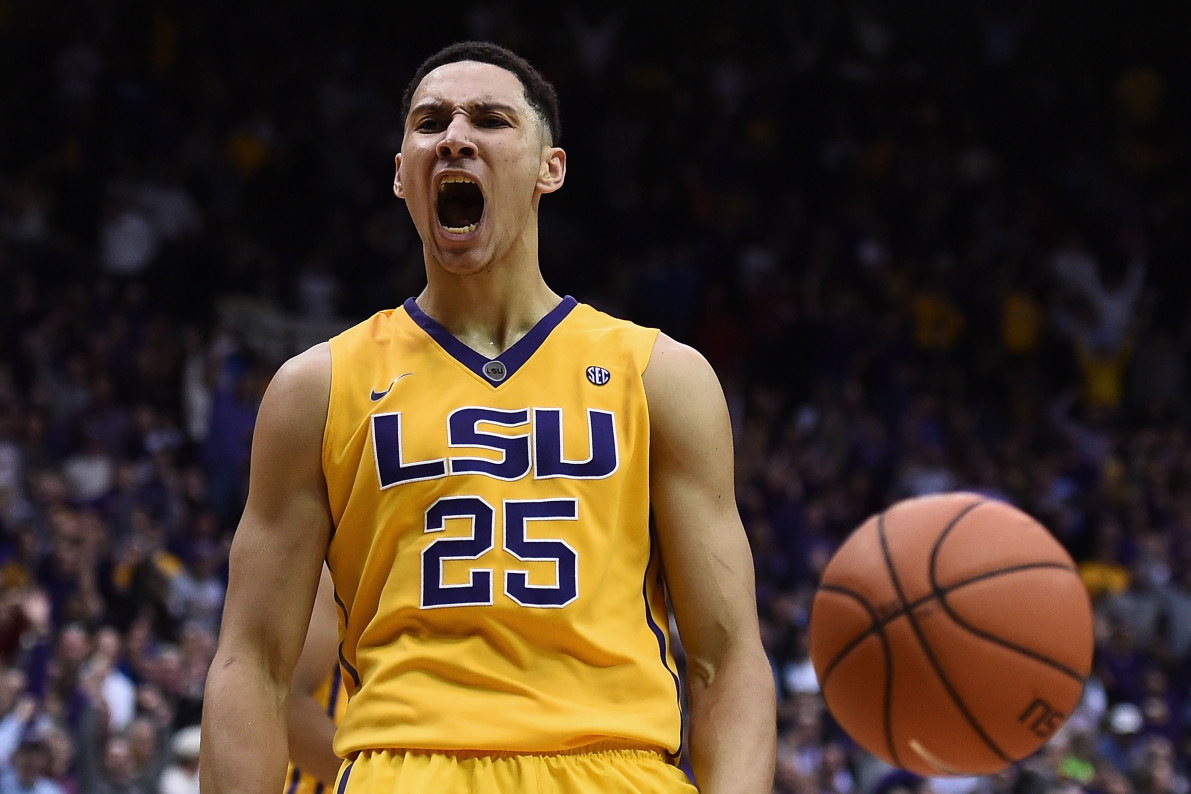 Ben Simmons, thinking about his time as an unpaid laborer — Getty Images
By Robert Silverman
Nov 02, 2016 at 11:53 AM ET

Ben Simmons, the first overall pick of the 2016 NBA draft, has never been able to hide his righteous disdain for the NCAA. While still toiling for LSU, his penchant for ditching class and subsequent sub-2.0 grade point average would disqualify him from receiving the prestigious Wooden Award. All in all, he could barely muster a tepid endorsement of college life in general, mouthing a few words about how he dug, “Walking around the campus.”

On Friday, Showtime will present “One and Done,” a documentary covering Simmons’ single season of college basketball and his at-times bumpy transition from relative obscurity in Australia to the NCAA superstar mill. Throughout the film, Simmons rails against the hypocrisy of amateurism, and the NBA’s complicity in making it happen.

“The NCAA is really fucked up,” Simmons says. “Everybody’s making money except the players. We’re the ones waking up early as hell to be the best teams and do everything they want us to do and then the players get nothing. They say education, but if I’m there for a year, I can’t get much education.”

No, he can’t! Even if he did want to hit the books, he was spending about 40 hours a week participating in team-based activities, and driven to near-exhaustion the rest of the time. Yes, Simmons could certainly have played pro ball abroad or in the D-League to satisfy the NBA’s one-and-done rule, but fair or not, the best way to ensure a player’s draft status is to jump through the NCAA’s hoops.

And once his second semester eligibility had been locked in, Simmons had no incentive to participate in this charade.

“I got B’s and C’s; I’m not going to class next semester because I don’t need to,” Simmons said. “… I’m here to play, I’m not here to go to school … I’m going to the NBA next season. Why bullshit if it’s not going to help me?”

Simmons also says he was offered all kinds of nice toys and fancy trinkets while at LSU, though he doesn’t go full whistleblower or name exactly which wealthy boosters wanted to gift him a “Bentley, a Wraith Rolls-Royce, watches, jewelry, a house … anything,” he said. “It literally is anything. People coming at you, offering you things.”

It got to the point where his sister Emily became his de-facto accountant, collecting all his receipts lest anyone charge that he’d accepted money or any other under-the-table goodies. But that didn’t stop CBS Sports’ college basketball analyst and in-house defender of amateurism, Doug Gottlieb, from asserting that the film itself just another form of a payoff.

@GottliebShow I made $0 off this documentary ….

Even though he has turned pro, Simmons isn’t done talking about how badly the current system is “messed up.”

“I’m going off on the NCAA,” he said. “Just wait, just wait. I can be a voice for everybody in college.”

“One and Done” premieres Friday night at 9 pm. Here’s a trailer if you can’t wait that long.