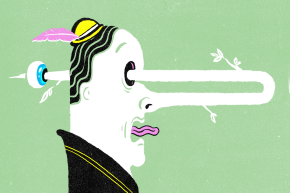 Repeating Lies Makes Them Seem True (Or Why 2016 Feels Insane) 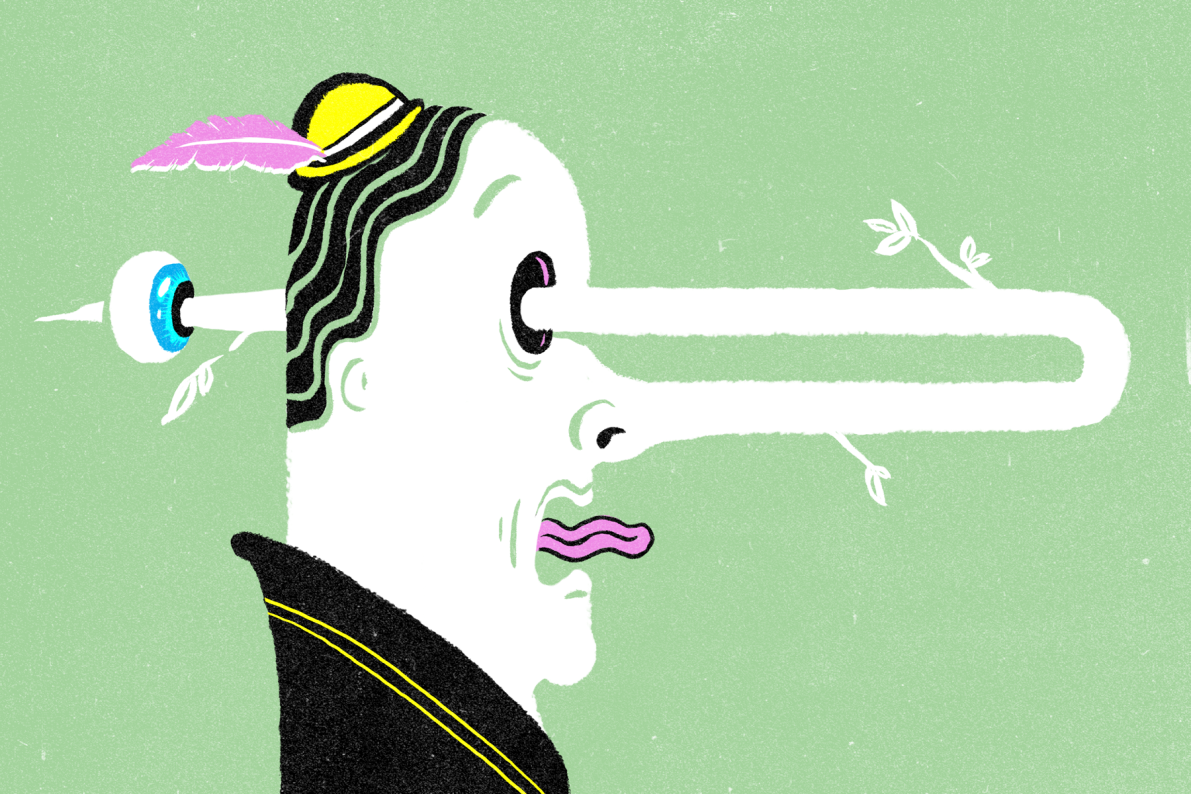 2016 may feel like the year in which the truth became irrelevant, but according to several recent psychological studies, the brain has a more deep-seated capacity to ignore facts. That might help explain why true and false feel like increasingly meaningless distinctions in politics, in the U.S. and beyond.

Most people assume that the facts that help them interpret the world are based on the truth. But a 2015 study published in the Journal of Experimental Psychology found that might not always be the case — word of mouth, or repetition, can sometimes outweigh knowledge when we’re deciding if something is true.

In the study, participants read a series of statements, half of which were true (“A prune is a dried plum”) and half of which were false (“Oslo is the capital of Finland”), and ranked how interesting they thought they seemed. The statements were chosen so that most people would know about half of them.

In the next part of the study, the participants were asked to rank how likely another set of statements, some of which were repeated from the first exercise, were to be true. The researchers found that participants said that the repeated statements were more likely to be true the second time they saw them, even if they already knew the statement to be false.

Repetition has an even more pronounced effect when a person knows he or she is the one making the false statement. In an unrelated study, published last month in the journal Nature Neuroscience, researchers hooked up participants to a brain scanning tool called an fMRI while they played a game in which they could engage in deceit. The researchers were looking for spikes of activity in certain parts of the brain that indicate emotion, a tell-tale sign of lying. The participants admitted that they lied to get ahead in the game, and the more they lied, the weaker the spikes on the fMRI became. These findings support the theory that lying is a “slippery slope,” the researchers write — little lies can escalate into big ones, and the brain might not know the difference.

These findings come at a time of obviously debunked — and endlessly repeated — lies by policymakers, that nonetheless seem to be making an impact.

One of the most compelling promises made by politicians in the lead-up to Britain’s vote to leave the EU — holding that the country would see an influx of £350 million to the National Health Service — was patently false. And then, of course, there’s Donald Trump, who takes the standard truth-fudging of most politicians to heights previously unseen.

But our propensity to believe falsehoods isn’t new. So why are we only now finding ourselves in the era of post-truth politics? “This illusory truth effect has always played a role in our lives, it’s part of the reason that advertising is effective and that gossip is likely to be repeated and be believed,” Lisa Fazio, a psychology professor at Vanderbilt University and one of the authors of the 2015 paper, tells Vocativ via email. “However, it’s also likely that we are now exposed to more information, from more people, than we were in the past, and thus false rumors or information are more likely to reach us.”

A lot of that information overload comes from the internet, where misinformation gets bounced around in the endless echo chamber — from legitimate news sites to less legitimate ones to social media. If you see a dozen people posting about Hillary Clinton’s “criminal” use of a private email server, you might be more inclined to forget that an FBI investigation found that there was no wrongdoing. (This week, especially, that bears remembering!)

We’re not doomed to put credence in falsehoods, however. Tom Stafford, a cognitive scientist at the University of Sheffield wrote recently in BBC Future about the 2015 study, that the repetition effect didn’t erode the things people already knew to be true. “With or without repetition, people were still more likely to believe the actual facts as opposed to the lies,” he wrote. “This shows something fundamental about how we update our beliefs – repetition has a power to make things sound more true, even when we know differently, but it doesn’t over-ride that knowledge.”

Stafford’s advice? “Think before you repeat.” That goes double for the internet, where misguided screeds can be saved (and referenced) forever. And a quick fact-checking Google search before hitting retweet wouldn’t hurt anyone.