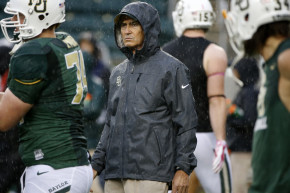 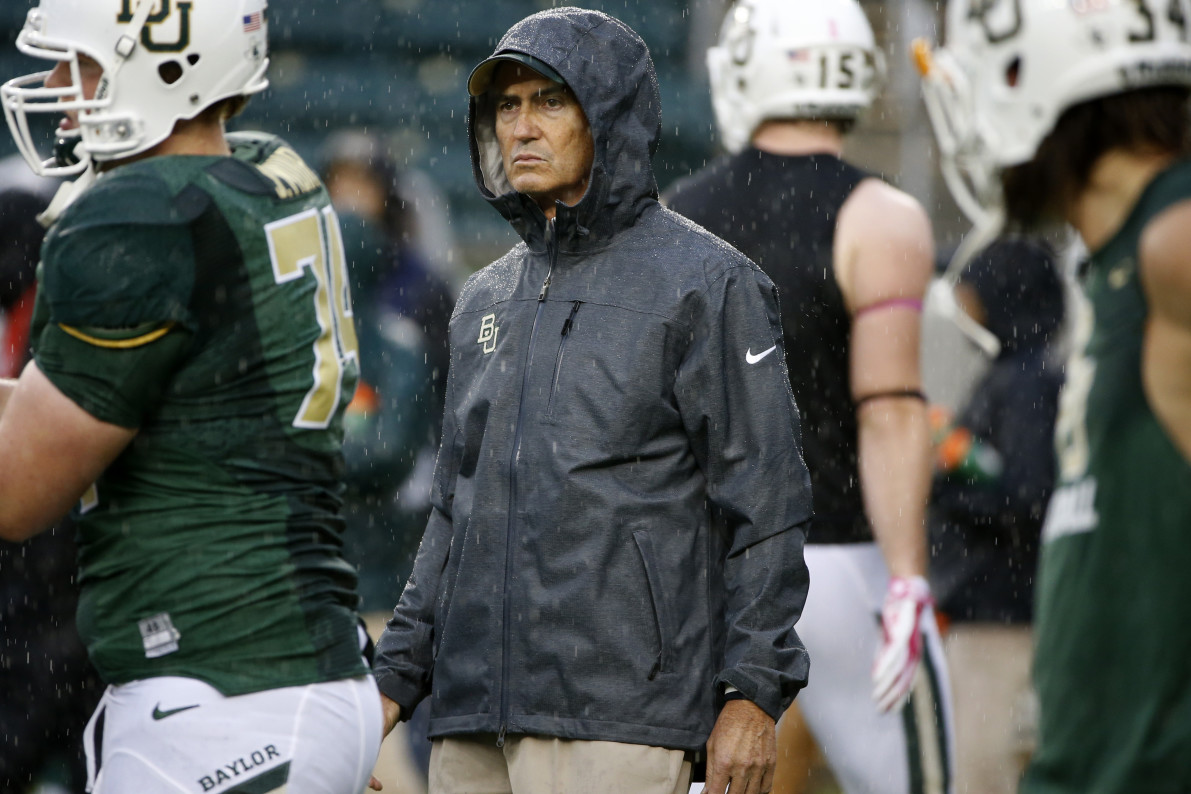 Regents who oversaw the investigation of Baylor University’s own investigation say they uncovered 17 separate acts of sexual assault and/or intimate partner violence perpetrated by 19 members of the football team over the last four years, with one regent telling the Wall Street Journal it was “horrifying and brutal.”

Coach Art Briles, who was fired in May, has tried to dodge the blame and claimed that the University put him up as a sacrificial lamb to, “Camouflage to disguise and distract from its own institutional failure to comply with Title IX and other federal civil rights laws.” In September, he offered a vague apology without ever saying the words “rape” or “sexual assault. Instead, he admitted that “some mistakes” had been made, but couldn’t put a finger on exactly what those mistakes were.

“I made mistakes. I did wrong, but I’m not doing this trying to make myself feel better for apologizing,” he said in an ESPN interview.

Now, the regents who spoke to the Wall Street Journal are saying that he was told first-hand of at least one awful sexual assault and didn’t do anything about it.

In one of the alleged gang rapes, the victim, who also was an athlete, told her coach that she didn’t want to go the police. When notified of the allegation, Mr. Briles told the victim’s coach that he hoped she would go to the police, according to people familiar with the matter. One person close to the victim said she viewed Mr. Briles as supportive of her claim. However, Mr. Briles didn’t notify the school’s judicial-affairs office or the Title IX office, these people said.

One board member reiterated the findings of the Pepper Hamilton 13-page summary report, namely, that at Baylor, the football team was above the law.

“There was a cultural issue there that was putting winning football games above everything else, including our values,” said J. Cary Gray, a lawyer and member of the Baylor board of regents. More broadly, he said, “we did not have a caring community when it came to these women who reported that they were assaulted. And that is not OK.”

Oh, and when the board of regents asked him what went wrong, even then he couldn’t bring himself to blurt out much more than corporate platitudes.

Baylor regents said that when Mr. Briles was asked what he would have done differently, he broke down and wept. Many board members began to cry as well.

“He couldn’t speak he was so upset, and all of us were,” Mr. Gray said. “Art said, ‘I delegated down, and I know I shouldn’t have. And I had a system where I was the last to know, and I should have been the first to know.’”

Mr. Cannon said Mr. Briles quoted Scripture and expressed his regrets over the painful situation Baylor was in, but didn’t admit to wrongdoing.

While continuing to seek a full-time head coaching gig, Briles has been hanging around Cleveland Browns practices. Great idea, Browns.