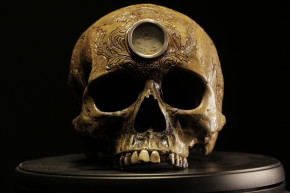 Zane Wylie carves intricate designs onto human skulls, then sells them for thousands of dollars 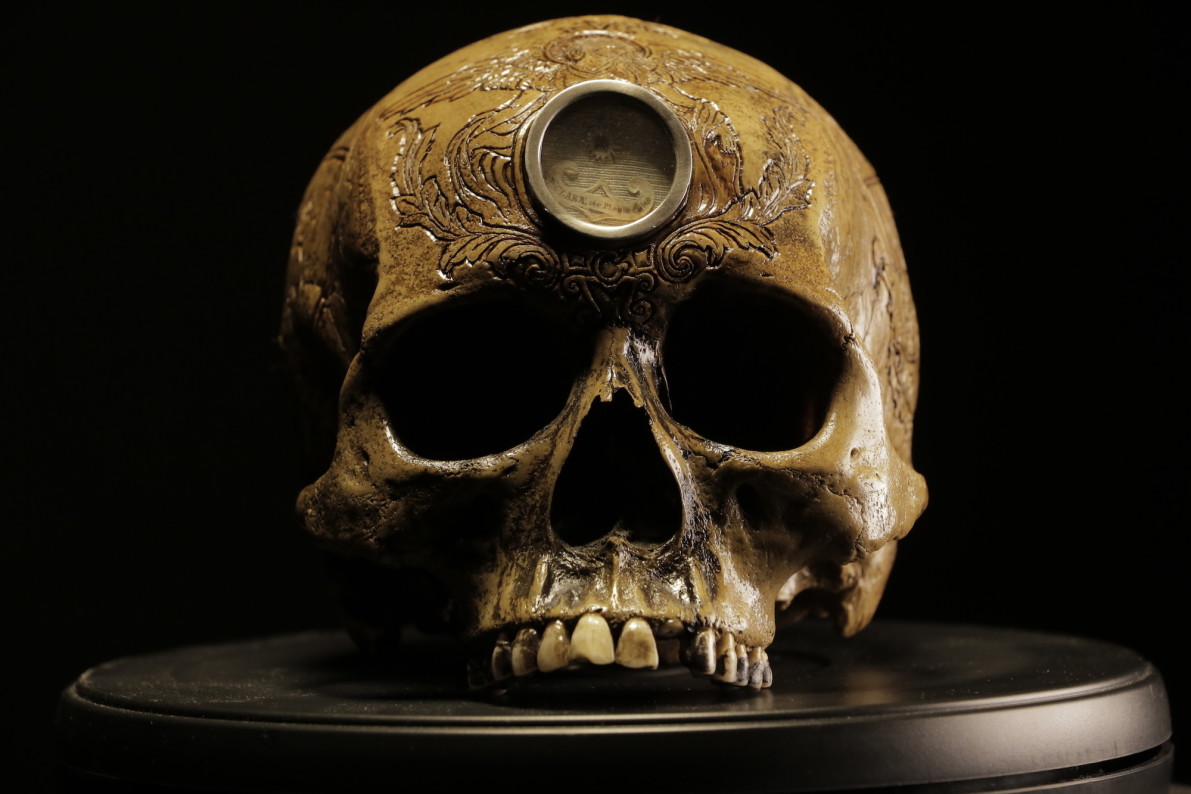 Zane Wylie has purchased dozens of human skulls. He carves the bones with intricate designs and sells them on his website, RealHumanSkull.com, for thousands of dollars. But the art of bone carving is complex: It’s both technically difficult, and it’s increasingly tough to find legally obtained skulls for purchase, as major online retailer eBay prohibited the sale of human remains this year.

Wylie, who uses this pseudonym for his skull caving business, didn’t carve the first human skull he bought, which he nicknamed “Yorick.” Instead, he carefully studied it. “I was in a program that studied fine muscle movements in the human face,” he told Vocativ, and he purchased the specimen to help support his studies. Though he said he was glad to find an excuse to buy a human skull, which had long intrigued him.

Wylie was fascinated by skulls as a young boy — he had a particular interest in Marvel’s “Ghost Rider.” As an adult, he realized there was a thriving online marketplace for bones and bone carvings, and he decided to try his hand at the art. After experimenting on deer and goat skulls, he moved to the big time — carving on a real human skull.

“I wish I would have clocked how many hours it took me [to carve] the first one,” he said. “And it wasn’t just because the equipment that I had wasn’t the best. It was because I was just so paranoid about doing something wrong and disrespecting what I was carving.”

The hours of work paid off, and the intricately decorated skull sold quickly on eBay. After this initial success, Zane purchased more skulls and soon started a full-fledged business, complete with homemade over-the-top promotional videos.

Wylie operates out of his garage in suburban Virginia, and he said that he doesn’t mind neighbors checking out his work, though they aren’t always very enthused about it. “I’m probably not doing much for the property values around my neighborhood,” he said. “But the neighbor kids stay away, and that’s okay by me.”

With demand for his skulls growing, supply became an issue. In July, eBay changed their terms of service to prohibit the sales of human remains. This decision came on the heels of a Journal of Forensic Sciences investigation that found over 400 examples of skulls offered for sale on the site, 80 percent of which were classified by the researchers as medical or teaching tools.

Wylie said that while concerns over purchasing bones stolen from graves are valid, a close inspection can usually distinguish between legally and illegally obtained remains. “It takes a lot of work to get a skull to the condition to be a medical skull,” he said, referencing the professional cleaning and labeling process that medical specimens undergo. And their pristine condition makes them easy to identify as legitimate. He recalled one skull seller who contacted him over email, offering photos of his wares. Wylie said when he saw dirt visible inside the skulls, “it was obvious that it was grave robbing.”

But, thankfully for Wylie, the eBay ban didn’t end the skull trade. Instead, sellers shifted to platforms that do not prohibit their sale, like Instagram and Facebook, in addition to long-established retail outlets like The Bone Room and Skulls Unlimited.

For now, there are still reputable outlets from which to source these calcium canvases, and the skull carving featured on Vocativ is currently available. Happy Halloween shopping.