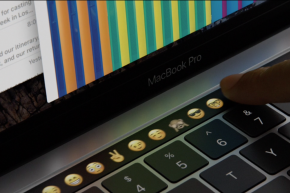 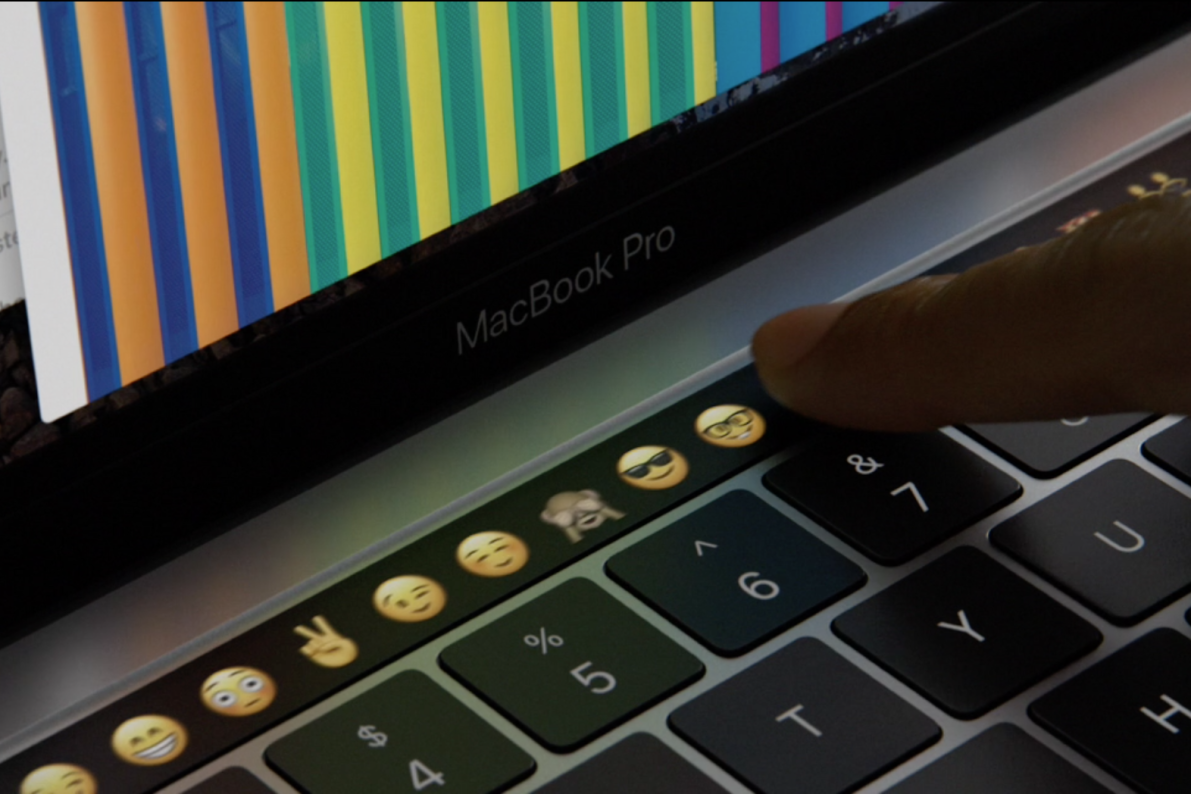 Rejoice, emoji lovers! Your life is about to get a lot 😀. Apple unveiled the new MacBook Pro at their keynote event today, and the most life-changing revelation was that they’ve added a “touch bar.” While on the surface this may seem like a minor tweak, it solves one of life’s biggest problems: that it’s a total pain to insert emojis when you’re typing on a keyboard.

The touch bar replaces the row of function keys with a narrow sliver of touch screen, and its functionality changes depending on the app your using. But when you’re in Messages it will put the most common emojis literally at your 👆. No more hitting command-control-space bar and then scrolling through all the emojis when you want to drop a 😞 or a 🍕 or a 🏆 into your text. 💯

For the most part people have greeted this news (and all the other refinements they’ve made to the model) with 👏👏👏, though some have rightly pondered whether this will be yet another way for technology to make us 😩.

Still, this could be a game changer for those of us who prefer to speak only in emoji. Now using the 💩 or 🍆 will be 🍰.