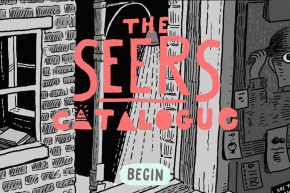 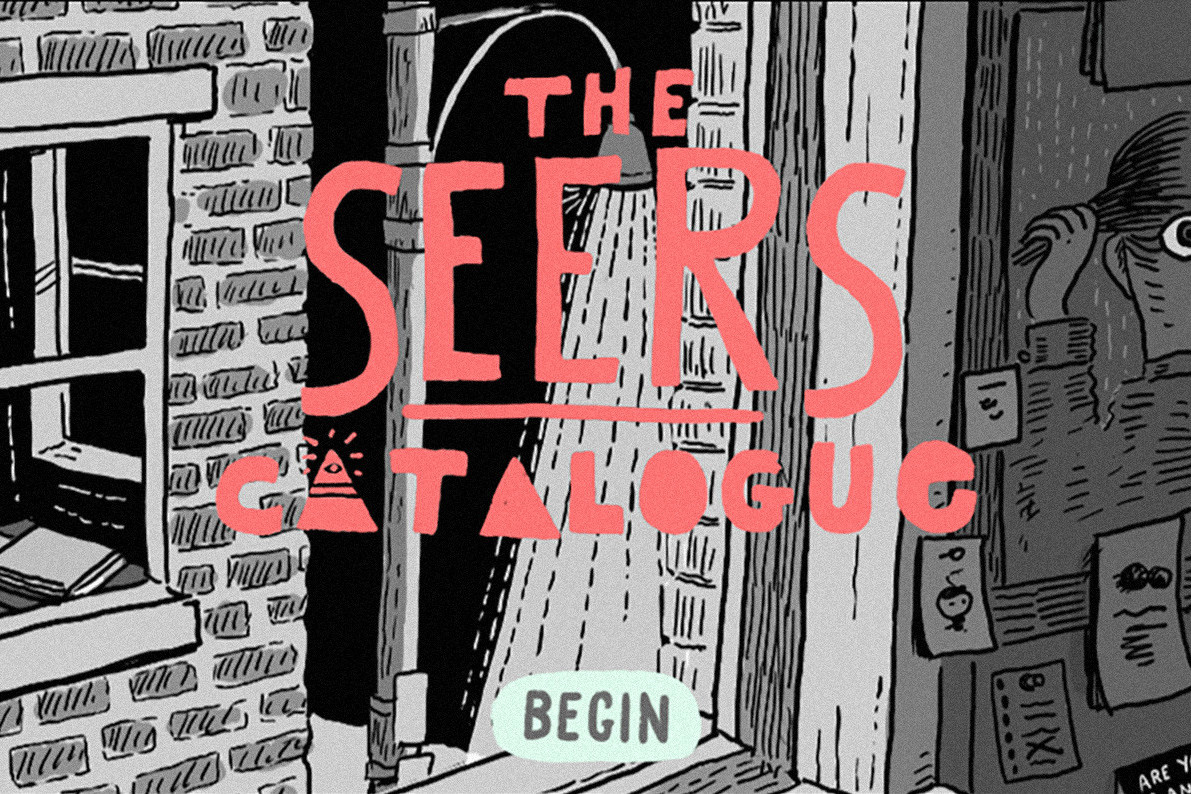 While most forms of written word have made their way online (take the oh-so-meta example of news, for instance) the literary world has lagged behind. But a new project one-and-a-half years in the making from novelist Sean Michaels aims to challenge the way we typically consume our fiction.

In “The Seers Catalogue,” an interactive piece of narrative literature commissioned by the BANFF Centre for Arts and Creativity, Michaels invites the reader to play an active role in the story by clicking — or not clicking — on highlighted words that serve as hyperlinks. The story, which centers around a mysterious magazine that leads the narrator on a quest, features several possible outcomes determined by which links are selected. It’s like navigating through Wikipedia, only instead of falling into the rabbit hole of Judge Judy’s various lawsuits, you’re becoming increasingly immersed in the story unfolding on your screen.

“It demands your attention in one window. It’s not even like a book where you can put it down and come back to it. It kind of demands an immersive amount of attention that you have to set aside,” Michaels told Vocativ. “By the same token, there’s something really compulsive and addictive about the way it proceeds by clicking on these words, making words appear and disappear. I like the feeling of writing something where a trap door opens at a certain point and you find yourself falling into a story that you didn’t quite expect.”

In addition to the prose, “The Seers Catalogue” features illustrations, a functional web form that requests the reader input their personal information, an ambient soundtrack meant to draw the reader in, and other audiovisual elements that enhance the writing as the story unfolds. It also features a “story within a story,” as readers eventually get to read through a copy of the magazine that the narrator is so drawn to.

The haunting and surreal tale paired with the medium-conscious form of storytelling draws from several clear influences.

If Thomas Pynchon ran @NatGeo it might be https://t.co/O3JOumZOpE, my first work of interactive fiction, commissioned by @banffcentre.

If Haruki Murakami ran @catfancymag it might be https://t.co/O3JOumZOpE , my first work of interactive fiction, commissioned by @banffcentre

While “The Seers Catalogue” is certainly an inventive approach to creating literature, it’s by no means the only book of its kind out there. The Interactive Fiction Database seems to be expanding at a rapid rate, and the genre has a large community on Reddit as well. The recent launch of Twine, a software tool commonly used for creating stories in this format (“The Seers Catalogue” included) has also helped popularize the genre.

“The form of hyperfiction has totally changed from 10 years ago,” Michaels said. “The idea of a story that you read by clicking words has gone from the most boring, terrible way to read fiction to a really interesting and provocative medium. [Early iterations] felt more like a gimmick or a concept. But in recent years, it’s become easier for writers to experiment with these branching narratives and letting users control a story experience.”