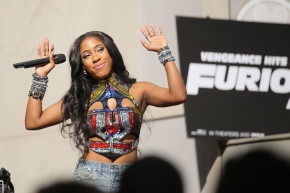 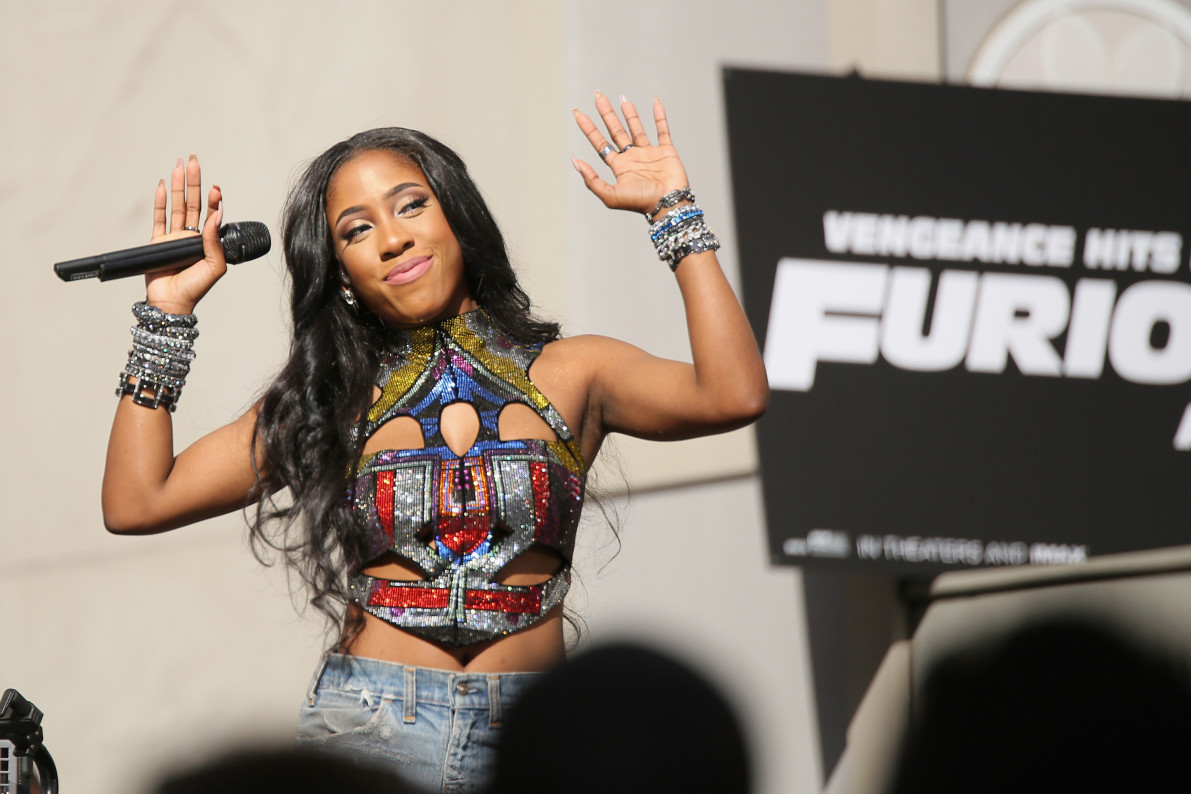 For their home opener on Wednesday night, the Philadelphia 76ers enlisted singer/songwriter Sevyn Streeter to belt out the National Anthem. Her chosen outfit, a mesh black tank top with “We Matter” emblazoned across the front, however, lead to her getting the boot.

Was suppose to sing the anthem at @sixers & @okcthunder game but mins b4 @sixers said I couldn't because I was wearing a "We Matter" jersey pic.twitter.com/wjoJN3rq0r

In an interview with the Associated Press, Streeter described herself as “angry, extremely, extremely angry, and disappointed and honestly brought to tears by all of it. It broke my heart.” Adding that the 76ers yanked her at the last possible minute and without any prior notification that her outfit might be an issue.

“I’d say two minutes before we were about to walk out … the organization told me that I could not wear my shirt while singing the National Anthem at their game,” said Streeter. “I was never given any kind of dress code. I was never asked beforehand to show my wardrobe.”

During the preseason, two other anthem singers chose to take a knee, one did so before a game against the 76ers. To date, the NBA has refrained from commenting on the 76ers’ decision to bench Streeter, but the team issued this statement:

The Philadelphia 76ers organization encourages meaningful actions to drive social change. We use our games to bring people together, to build trust and to strengthen our communities. As we move from symbolic gestures to action, we will continue to leverage our platform to positively impact our community.

That last sentence isn’t a throwaway line, though; it very much mirrors the direction that the NBA and the NBPA wants to steer the conversation. In a long Bleacher Report article featuring interviews with a wide range of current and former players discussing the impact systemic racism has had on their lives, there’s a running theme: “symbolic action” is an empty gesture that should be quietly discarded or ended altogether in favor of the real work to come.

NBA commissioner Adam Silver reminded everyone that NBA rules require standing for the anthem, and promised to deal with any violations if and when they arose, but he too made it clear what kind of activism he prefers.

“These guys put themselves in a leadership position,” Silver said, referring to Anthony, LeBron James, Dwyane Wade, and Chris Paul’s speech at the ESPYs. “So when they see sort of symbolic gestures by athletes in other sports, and not to devalue them in any way, I think their view is: We’ve moved past that stage already. … We will be judged by the substantive actions we’re taking in our communities.” [Italics theirs]

But why the need to rank one above the other? There’s no denying the value of civic engagement, but it would be equally difficult to claim that the Miami Heat wearing hoodies in the wake of Trayvon Martin’s death or the donning of “I Can’t Breathe” shirts by a slew of players were not vital stepping stones. Now, according to Kathy Behrens, the NBA’s president of social responsibility and player programs, the anthem protests are “A little bit of a distraction because we’re really focused on being meaningfully engaged in our communities.”

It all reads like the NBA would rather their on-court product remain unsullied by political activism, or at least an unsubtle attempt to control the form and content of the message. Again, none of this should be read as a condemnation of the nuts and bolts, ongoing grassroots or the time, money and resources players and the league have devoted. But there’s a reason that the anthem protests players have engaged in a tilt towards expressions of “unity,” with Milwaukee Bucks head Coach Jason Kidd declaring outright, “This is not a protest.”

That’s a far cry from the words of both Streeter and Denasia Lawrence, the Miami Heat staffer who kneeled while singing the anthem. Their unannounced, unsanctioned protests carry a different kind of heft, and yes, are part and parcel of achieving change, even if they only grant Lawrence a platform at SB Nation to unpack the rationale behind her actions and give voice to the millions who can’t.

“I knelt while singing an oppressive, racist anthem that is non-inclusive of people who look like me, and the two actions (singing and kneeling) can coexist,” Lawrence wrote. “I sang because I am American. I sang because I want those same freedoms for black people that were supposed to be endowed to all of us by our creator… This wasn’t for me. It was for everyone who couldn’t speak up. It was for us.”