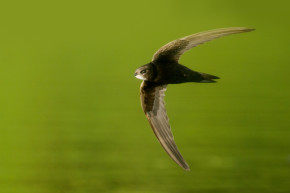 This Bird Keeps Flying For 10 Months Straight
By Alasdair Wilkins 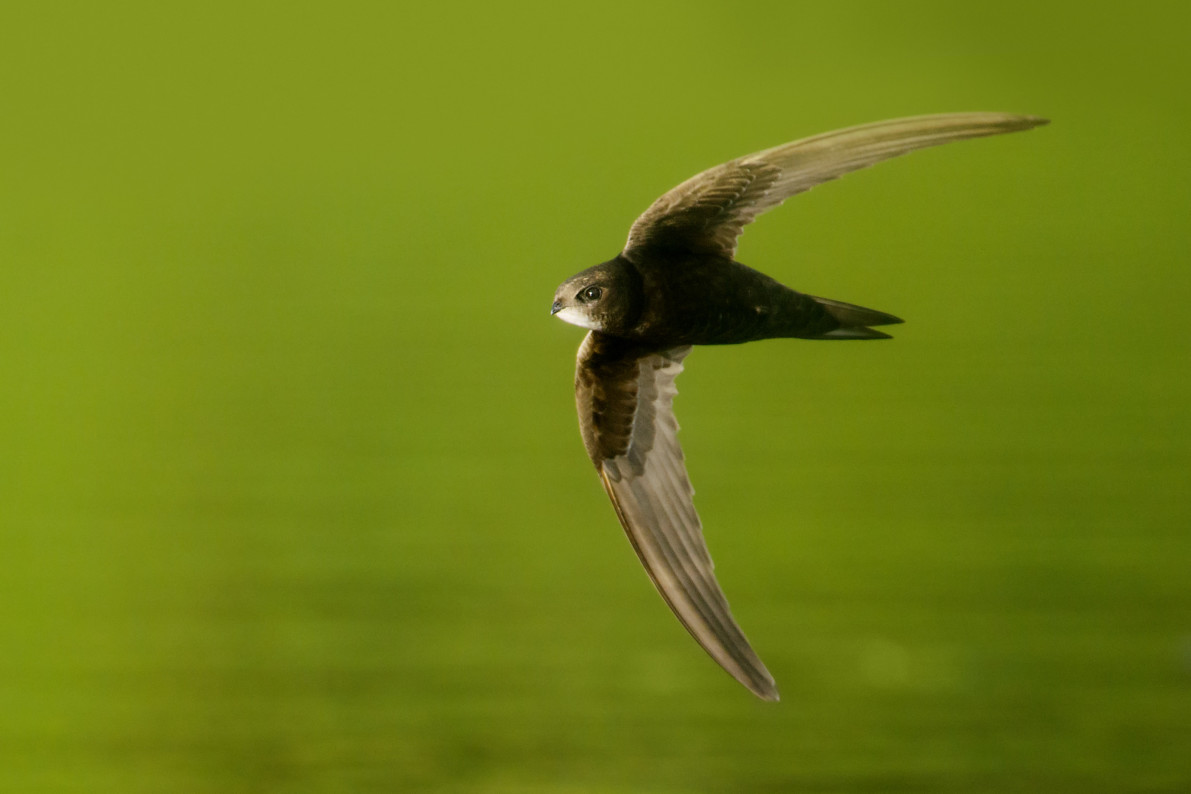 No animal loves flying – or perhaps just hates being on the ground – quite like the common swift. This bird species spends 10 months of the year in the air, with some swifts not landing once that entire time. And yes, swifts somehow sleep while flying.

Swifts only breed for two months in the summer, one of the shortest periods for any bird. That leaves the rest of the year for migration between northern Europe and central Africa, but swifts aren’t actually interested in landing at their apparent destination. Researcher Anders Hedenström at Sweden’s Lund University has tracked swift migrations for the last couple years and found none of the birds spent more than half a day on the ground, and a few never came down at all. While a few other bird species spend long periods in the air, it’s likely that no other bird rivals the common swift.

“It is quite rare,” Hedenström told Vocativ. Part of the reason these birds stay up in the air the longest is that they breed the furthest north of any swift species, meaning they have to head south sooner than others. “So I think it would be hard to find a species that shows a longer airborne time.”

The idea that swifts might spend months in the air without coming down has been around for at least 50 years. But it’s only recently that cellphones and other technology have become advanced enough that it’s possible to build a monitor that can be attached to a swift’s leg and used to track its flight data for several months.

Getting the data is one thing, though. Understanding what this means for how swifts function during all those months aloft is quite another, starting with the obvious question: How do they sleep?

“We don’t really know that,” said Hedenström. “All animals that we know need to sleep to some extent. So from that we can infer I think that they have to do it while they are on the wing, too.”

Hedenström pointed to recent research on frigatebirds, tropical seabirds which fly for two months at a time. Scientists recorded sleep by measuring brain activity while the birds were in flight, suggesting these birds actually are capable of sleeping while flying. Swifts likely have the same ability.

At least the question of how they eat is easier to answer.

“They eat aerial insects,” Hedenström said. “They maintain their energy balance by feeding on these aerial plankton, if you will.” Indeed, that diet is likely crucial to understanding why swifts have become the ultimate aerial species.

“To be a really efficient eater of airborne insects, you need to have a very good flight apparatus,” Hedenström said. Their wings and body shape are both optimized for flying at the expense of walking around on the ground. “That makes it aerodynamically a very efficient bird. And so they have then lost the capacity for terrestrial locomotion.” At this point, being on the ground is just a nuisance for swifts.

From an energy perspective, flying is just about the most expensive activity a species can undertake, so it’s a small wonder that swifts can spend five-sixths of their lives flying a combined more than three million miles, the equivalent of seven round trips to the Moon and back.

“Swifts have very long, narrow wings, which make it [energetically] cheaper for them to generate lift force,” said Hedenström. “And they have a streamlined body shape so they generate lift and drag.” Swifts also glide and soar as much as possible, keeping the more energy-intensive task of flapping their wings to a minimum.

There are side benefits to never spending time on the ground. Airborne swifts don’t have to worry about predators or diseases and parasites they might find on the ground. The skies are the safest, healthiest place for them, which might explain why swifts live for up to 20 years despite expending all that energy.

“They do live a very long life for these reasons,” said Hedenström. “They have found a good solution.” And besides: If you could fly for months on end, why would you ever come down?