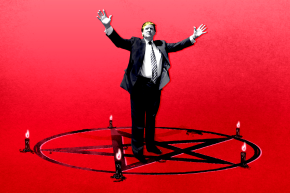 Meet The Witches And Pagans Who Are Stumping For Trump 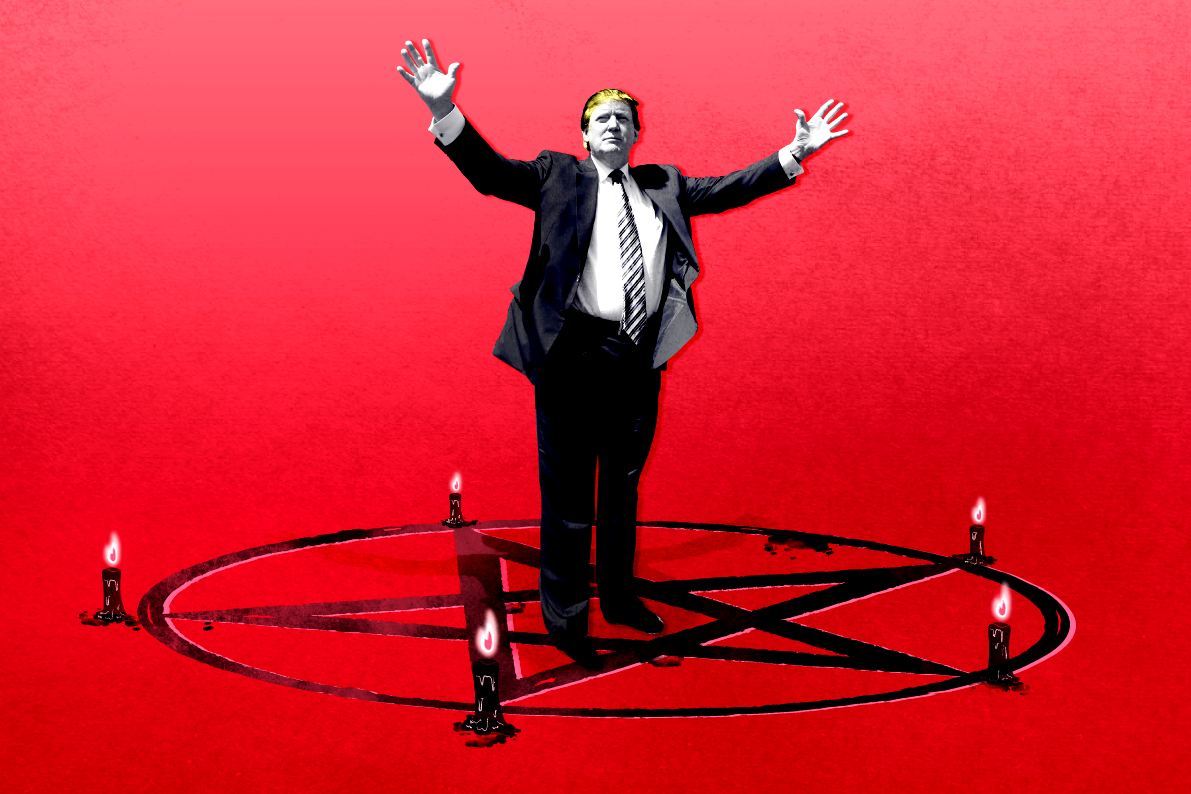 Last month, during the final supermoon before the Autumnal equinox, Rapid Cabot FreeMan knelt before a stone table next to a fire at his farm in Kingwood, West Virginia, and prayed for his nation to heal itself. “I asked God Woden to guide this good man to leadership. To protect and repair the country I love and make America great again for the sake of my godson Zak and the children of America. So mote it be.”

FreeMan is the founder of The Firstblood Tradition of American Witchcraft, which blends Paganism and Germanic Heathenry. He’s also the creator of the Facebook group American Pagans for Trump and one of the most influential people in the pro-Trump Pagan community.

Modern Paganism is not a single movement, but a tapestry that blends innumerable religions and magical traditions from many eras, and encompasses witchcraft, Wicca, Druidry, and Heathenry. Religious scholars can’t even agree on core commonalities, but if there is one thing most Pagans share it’s that their spirituality is misunderstood by the majority of Americans and doesn’t fit snugly into societal structures based on the Judeo-Christian values of the Founding Fathers.

So, of course, it would be impossible to lump most Pagans with one political party. “Part of the issue is that the general umbrella of ‘Paganism’ is really a collection of incredibly diverse religious communities, each with their own philosophies and internal dynamics,” said Alyxander Folmer, a liberal Pagan and Heathen who writes about spirituality and politics for Patheos.

Folmer has come across many conservative Pagans. He knows right-wing Druids with views ranging from “bull-elephant-Republican all the way over to Anarchist” and he knows Heathens who are independent voters or Libertarians. Most of the Republican Pagans he knows disagree with the party’s alignment with Christian values but appreciate the emphasis on small government. He understand why each of them could be both politically conservative and a Pagan. But he said he is baffled by the existence of Trump-supporting Pagans. “Why any member of a minority faith would support a candidate that endorses religious litmus tests is beyond me. Further, in a community that tends to place so much value in personal honor, community service, and self-sacrifice for the good of one’s family, I simply cannot fathom the appeal,” Folmer said. “Any Heathens or Pagans who lived through the ‘Satanic Panic’ of the ’80s should be seeing some pretty serious red flags. History doesn’t always repeat itself but it often rhymes.”

But there is only one Pagan page that praises the man who many view as the Great Deplorable Pumpkin. Witch reverend FreeMan created American Pagans For Trump on March 1, the Super Tuesday when Trump virtually sealed his fate as the destroyer-hero of the Republican party. Since then, FreeMan has been posting daily alt-right memes, condemnations of Hillary Clinton, Alex Jones videos, and alarmist news posts about ISIS, Black Lives Matter, and refugees flooding into America.

It may not be much of a surprise to some that FreeMan supports Trump. After all, Germanic Heathens such as himself tend to value ethnic nationalism and the right to defend oneself—beliefs that sync well with Trump’s stances on immigration and the 2nd Amendment. But many of the people active on his page aren’t Heathens.

IsIs Blossom is a Libertarian Witch from Pittsburg who phone banks and canvasses for Trump. Her stumping has lost her a few progressive Pagan friends. “They believe in big government and want a utopian world,” she said. “It’s not doable. With all the crazy religious fighting in the world, it can’t happen.”

Meanwhile, the Trump supporters she has met in the field embrace her and the Wiccan tattoos that cover her body.

Other pro-Trump Pagans think mainstream Pagan liberalism can fog judgment. “We have a doctrine of love and acceptance, and I think many Pagans are not mindful to balance that with the facts of reality,” said Rhonda Hale Engdhal, who also goes by Sassafras. “Intrusive government infringes on our personal choices, which in turn retards our growth as spiritual people. If we’re sharing our wealth because the government is forcing us to do so, for example, we have no opportunity to give of our own free will.”

Engdhal does have one hesitation with her candidate. “I wonder what it will mean for same-sex couples,” she said. “There are many LGBT people in the Pagan community, and I have quite a few friends who are. I hope he doesn’t discriminate against them in any way, such as taking away their right to marry.”

But when it comes to women’s rights none of the Pagan women in the group were concerned about Trump’s stance, his sexist comments, or the sexual assault allegations made against him, despite the fact that most divisions of Paganism put strong emphasis on women’s roles in the religion — which is why feminism and Paganism often go hand-in-hand. “Women in Paganism are a staunch necessity [and are put] extremely high on the totem pole. We have a huge say on how we live amongst our male peers,” Joanna Merrill, also known as Cerridwena, said. “I believe that [Trump] will help better women’s capabilities in the business world along with closing the gap on wages and bonus incentives.”

Some female pro-Trump Pagans took the approach that many Christian Trump apologists have used, saying he just resorts to typical male dirty talk, or deferring to the flaws of Clinton. “Pagans, Wiccans, Druids and most spiritual people are champions of rights for women and children.” said Chris, or Snowhawk, a woman active on American Pagans For Trump. “I don’t know how Trump will be with this issue, but he is the lesser of the two evils. He has his own money, so he is less likely to be influenced by countries that have no respect for women at all.”

Mostly, the women don’t trust Hillary Clinton, who is often portrayed as a witch in rightwing propaganda. All those sexual assault reports are just “lies propagated by an evil bitch and her libtard party,” according to Cerridwena.

None of the Pagans or Witches said they have cursed Clinton. Some said they could, but that it would only violate the Threefold Law and potentially come back to harm them or their candidate.

Instead, they light candles, send positive thoughts, and ask the Spirit for the best possible outcome. Besides, sorcery won’t sway this election. “I am all for him,” Cerridwena said. “I believe Trump will win this election on his own by his own merit, not by using magic.”