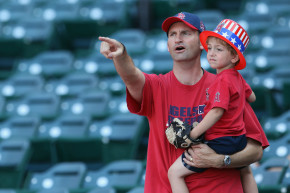 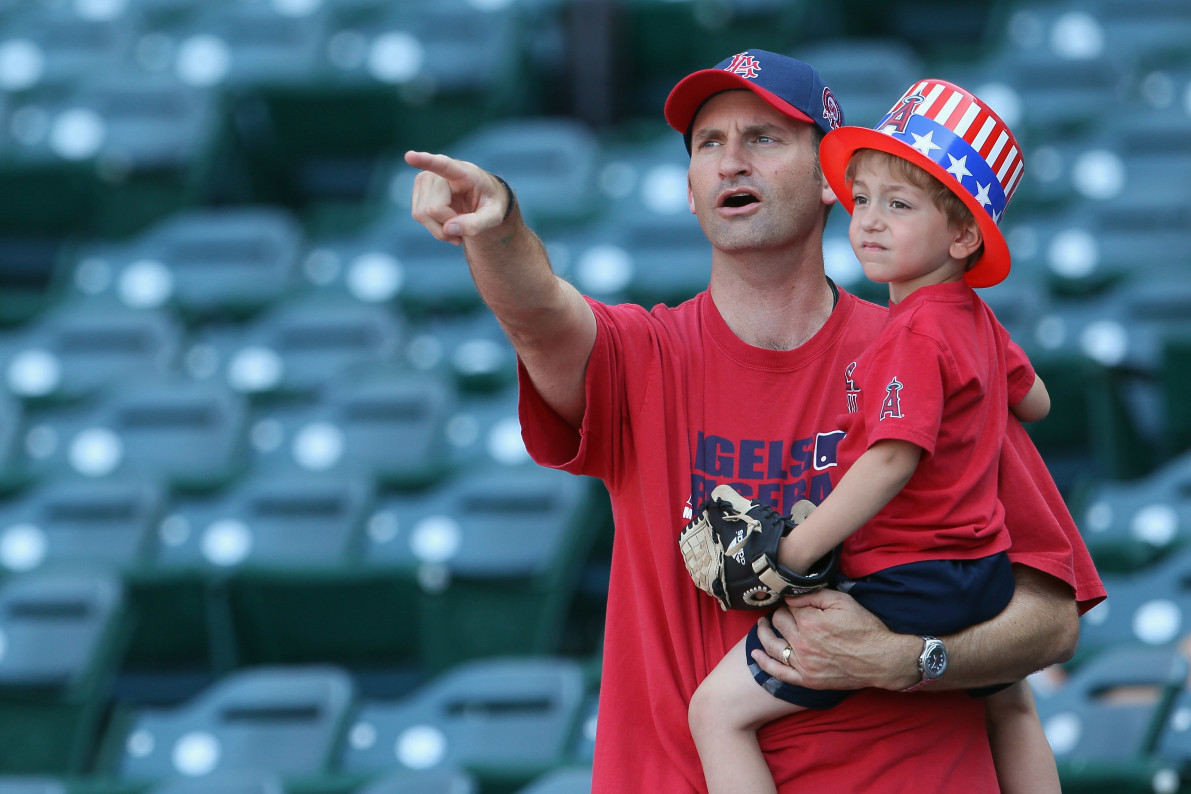 There’s no shortage of theories to explain the precipitous decline in African-American baseball players, who made up as much as 20 percent of MLB players in the 1970s but now make up less than 10 percent. Some posit that it’s a result of the influx of South American and Asian players, which has also caused a drop in white baseball players. Others have suggested that the younger generation of African-Americans simply prefer football and basketball to baseball.

In all likelihood, it’s a confluence of multiple socioeconomic factors. MLB has a few programs and task forces set up to address the issue of African-American diversity, but no need to keep searching for a solution because a faith-based data-driven think tank called the Austin Institute for the Study of Family and Culture published a study this week that finally provides a definitive answer.

You see, to play baseball at a high level, you need a dad. And black people? Well, they don’t have dads. Take it away, (racist) guys…

“It takes a father to make a professional baseball player,” the study’s introduction says. “This is perhaps not a novel insight–anyone who has seen baseball movies from ‘The Sandlot’ to ‘Field of Dreams’ will instantly recognize the deep connection baseball has to father-son relationships in America. What is new is having the data and analysis to show that the effects are more than anecdotes or nostalgia.”

If the Austin Institute rings a bell it’s because it’s been in the news before. The think tank’s founder is Mark Regnerus, a man who as recently as 2013 thought an unkempt petit goatee was an acceptable fashion choice and published a widely debunked and ridiculed “study” that concluded gay people are bad parents. The institute itself appears fixated on the idea that data proves that their puritan view of sexual intercourse is the correct one.

The institute’s “study” on parentage and professional baseball links two-parent households with an infinitesimal increase in the likelihood that you’ll be a pro baseball player, and given that a depressing number of African-Americans grow up without a father in the house, the institute uses a series of smoke, mirrors, and deliberately misleading data analysis to conclude causation where there is merely correlation. Oh, and this leap in logic is fantastically, breathtakingly racist.

Let’s break it down. The institute uses a very common data analysis technique called regression that measures the impact of one or more independent variables on a dependent variable. For example, a fast food chain might want to measure how the distance between one of their outlets and a highway exit impacts sales. An economist might take any number of economic indicators to see how they impact the stock market.

The Austin Institute wanted to measure the impact of having a father on the likelihood of being a pro baseball player. Drawing on various census and population data along with some other data they cobbled together about the backgrounds of current players, they developed a few regression models that concluded that counties with a higher percentage of births in wedlock and two-parent families produce more professional baseball players and more successful high school baseball teams.

The institute doesn’t make any of the models or data available to the public, the study didn’t go through a formal peer-review process, and much of the analysis presented is selective, meaning no detailed data on the statistical validity of these models was given. But giving the benefit of the doubt to authors Joseph Price and Kevin Stuart that (for you stats nerds) their p-values are sufficiently small and their Rs-squared are meaningfully large, the study still has two fatal logical flaws.

The first: When developing a model, you want to try as many variables as possible to see what variable or combination of variables best explains the variation in the dependent variable, in this case the likelihood of being a pro baseball player. This study essentially uses one variable — marital birth rate or two-parent family rate. To the authors’ credit, they do introduce a mighty second variable, the mother’s level of education, as sort of a token nod toward objectivity. But given that a parent’s education is a pretty significant indicator about the success of a child, the introduction of this variable brought the impact of the material birth rate on the number of pro baseball players a county produced down dramatically in their own model, to which they say:

“Some might object that it’s not fatherhood that makes a difference, but that baseball is culturally a sport that more educated, wealthier people are drawn to. What the data show is that there is some truth to the idea, but the effect of growing up with a father around remains even when we control for education.”

If by “remains even” they mean “drops like a freaking rock,” then yes, that statement is correct. And if you thought the acknowledgment that there is “some truth to the idea” might prompt the authors to find out how much truth there is to that idea, you thought wrong. This statement even touches on another obvious critique of the way they developed the model, which is that the impact that marital birth rate has on the model may not be a result of the loving presence of a father, but the added wealth that comes with having a two-parent household.

This is particularly the case when they model the success of high school baseball teams against marital birth rates. The best high school baseball teams, particularly in the institute’s home state of Texas, are most often from highly affluent, predominantly white suburbs where the two (yes two) parents have the financial bandwidth to put their kids through year-round baseball programs.

If these data show that having a dad has such a huge impact on your ability to play baseball, does it also show that the absence of a dad is how one can become a professional basketball player? Is there something inherent about the game of baseball that requires an in-house patriarch to be successful?

Nope, this is just a disingenuous “study” conducted with the intent of proving a preconceived conclusion. It is baffling that men with as many qualifications in economic and sociological research would be willing to put their names on something this amateurish, but if the financial allure of conducting such “studies” is so strong, one might suggest they fold up their fancy degrees to use as bookmarks for the unlikely event that they actually open their copy of the Bible instead of just thumping on the cover.