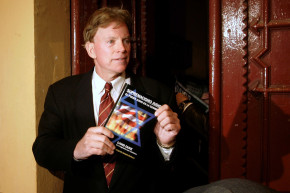 More than half of his campaign cash is unaccounted for 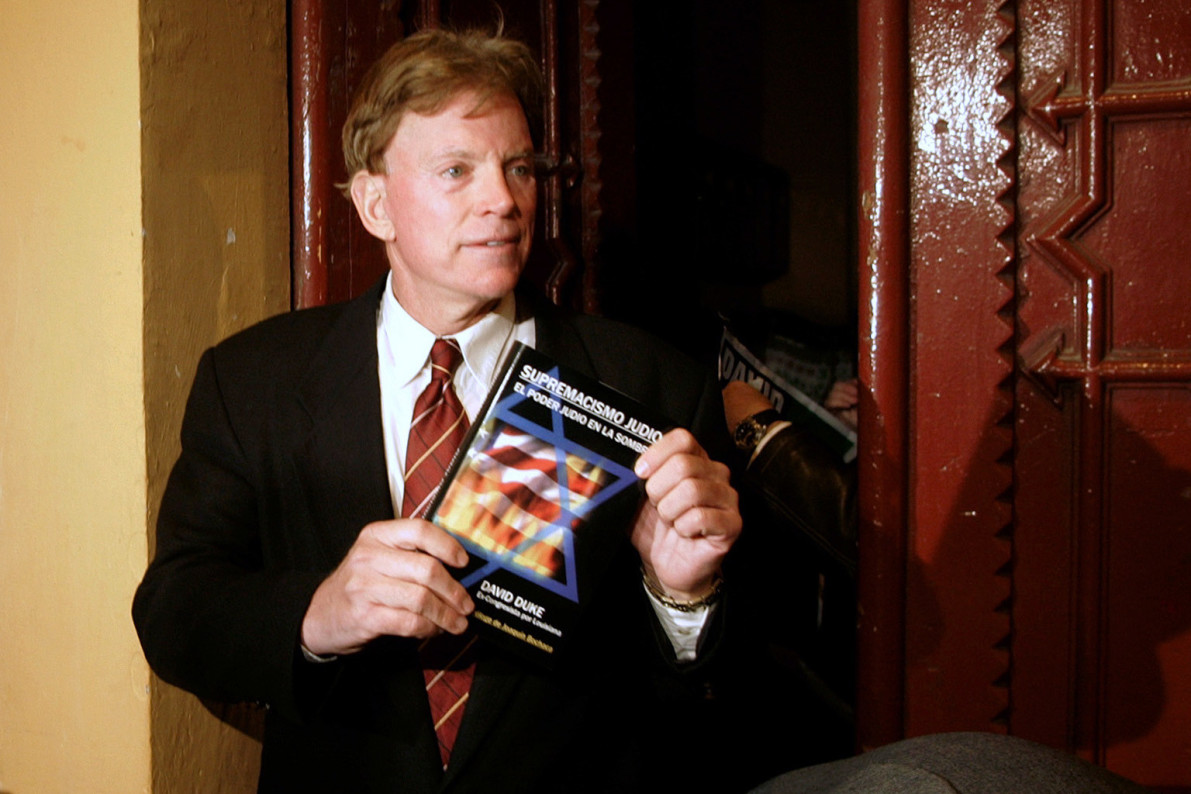 David Duke, the Nazi-sympathizing former Ku Klux Klan leader—and candidate for the U.S. Senate in Louisiana—drew more than 5-percent in the polls, which qualifies him for a spot on the stage at a televised debate that will be held at a historically black college in early November. While a small number of Louisianans are throwing their support behind the renowned racist, they don’t seem to be throwing their cash.

A review of Duke’s most recent campaign finance report shows that only two of the 76 known people who have thrown money his way live in Louisiana and are actually able to vote for him. One of those people is Duke himself, who loaned more than $21,000 to his campaign in September, according to the report.

Duke’s campaign has managed to raise more than $100,000, with less than half of it ($45,948) accounted for in the itemized section of the report. The vast majority of the money that is accounted for is coming from outside of Louisiana—California has the most known donors to Duke’s campaign with 15, but the donations are coming in from all over the country.

Duke’s roughly $100,000 may seem like a lot, particularly for a guy who thinks that the 2012 mass-shooting at Sandy Hook Elementary School was a hoax carried out by the Jews. But Duke’s money machine doesn’t compare to many of his 24 opponents in the race for the open Senate seat. One of his Republican opponents, John Kennedy, has more than $1.4 million in cash on hand. Representative John Flemming, also a Republican, has just more than $1 million, according to reports recently filed with the Federal Election Commission. Democrat Foster Campbell has about $990,000.

Duke did not immediately respond to Vocativ’s request for an interview.

Duke’s qualifying for the debate at New Orleans’ historically Black Dillard University shocked many of the students—and perhaps Duke himself.

“Important News! I qualified for the U.S. Senate most important debate in Louisiana on Nov 2,” he boasted on Twitter after learning he’d qualified for the debate. “I can’t wait to tell truth nobody else dares!”

Important News! I qualified for the U.S. Senate most important debate in Louisiana on Nov 2. I can't wait to tell truth nobody else dares!

This is Duke’s fourth bid for a seat in Congress in what has been a long, failed, and currently stagnant political career that dates back to 1975, when he ran as a Democratic candidate for the Louisiana State Senate. In 1988, Duke launched a failed run for president, participating in the Democratic primaries. After losing the primary, Duke changed his party affiliation to Republican and was elected to the Louisiana State House where he served one term.

Duke’s critics see his latest run for Congress to be little more than a political stunt piggybacking off of a political climate that has been pushed further to the extreme right thanks in part to GOP presidential candidate Donald Trump’s racially charged campaign rhetoric.

Homosexuals, transsexuals, feminist, Jews and so on – always USE Blacks to help push their agendas through, it's truly shameful.#ImWithHer pic.twitter.com/2VguQ113FN

“David Duke never misses an opportunity to draw attention to himself,” Oren Segal, director of the Anti-Defamation League’s Center on Extremism, told Vocativ when Duke announced his candidacy in July. “Like many other extremists, he is trying to exploit the current political climate to highlight his classic racist and anti-Semitic views. While he is one of the most well know haters in the country, for those that may not know him, it won’t take much for them to figure out what he is all about.”

Duke’s notoriety dates back to the 1970s, when he founded the Louisiana Knights of the Ku Klux Klan, and became the group’s “Imperial Wizard.” He went on to launch the National Association for the Advancement of White People, which he described as “primarily a white rights lobby organization, a racialist movement, mainly middle class people,” according to the ADL. He went on to write several books, including 2002’s “Jewish Supremacism: My Awakening to the Jewish Questions.”

Following the shootings at Sandy Hook Elementary School, where 27 people—many of whom were children—were murdered by a deranged gunman, Duke blamed the shooting on “Zionist media.”

“Lead bul­lets are not mur­der­ers. The real mur­der­ers are not the bul­lets, but the Bul­lies of the Zio Media,” Duke posted on his website following the shooting. “Guns did not cre­ate the hor­ror in that lit­tle school in Sandy Hook, Con­necti­cut. The Zio mas­ters of the media did. They have devoured the real Amer­ica. The mas­ters of the media con­tinue to take us down the path of human depravity.”

According to the poll that qualified Duke for next month’s debate, he trails the frontrunners in the crowded field with 5.1 percent of the vote. Kennedy is currently polling at 24.2 percent and Campbell at 18.9 percent.

Cristina Cabrera contributed to this report.