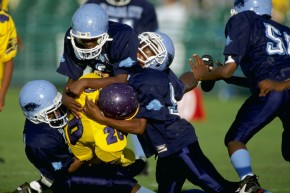 Youth Football Can Cause Brain Damage, Even Without A Concussion
By Jeff Andrews

Youth Football Can Cause Brain Damage, Even Without A Concussion 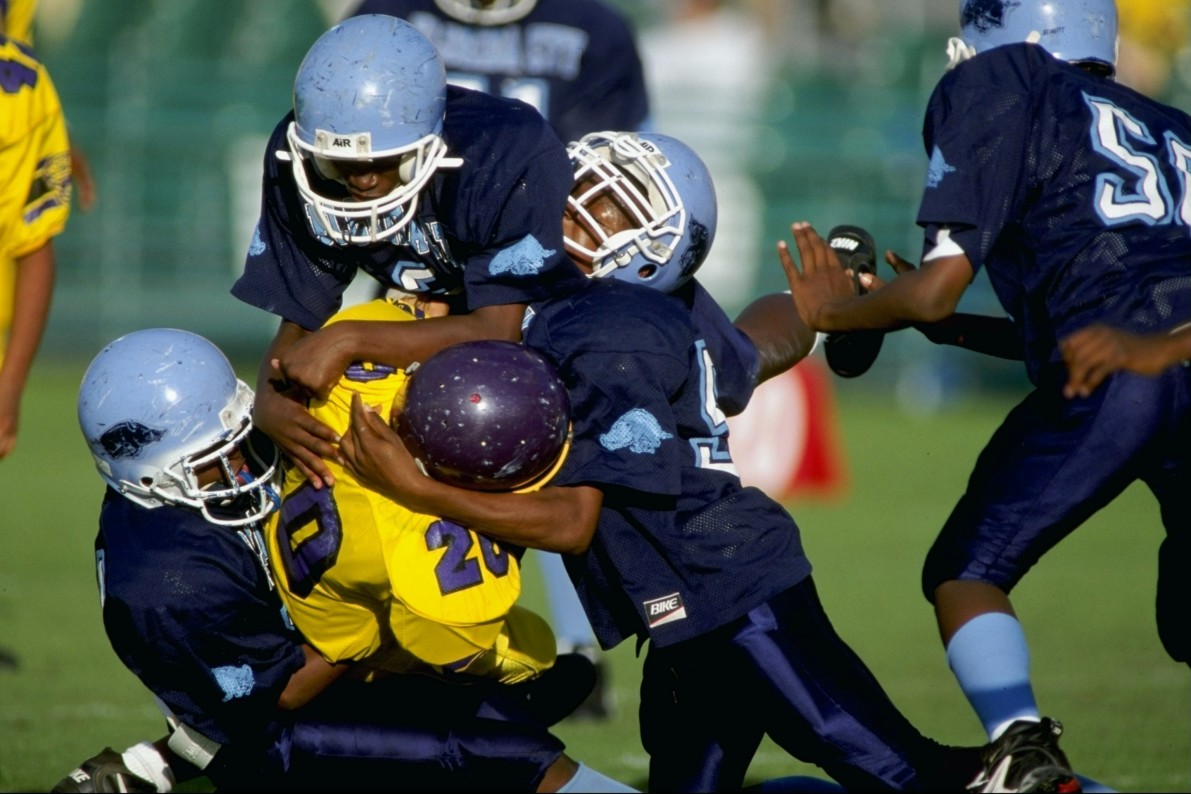 Parents compensating for their own failed dreams of glory — Getty Images
By Jeff Andrews
Oct 24, 2016 at 3:36 PM ET

USA Football, the youth football arm of the National Football League, often touts its high participation numbers as a sign that fears about concussions aren’t keeping parents from enrolling their kids in football, but a new study on the effects of youth football on the brain suggests that USA Football might as well be gloating about exposing a generation of children to brain trauma.

Christopher T. Whitlow, a radiology professor at Wake Forest, published a study today in the academic journal Radiology that analyzed “head impact data” on male football players between the ages of 8 and 13 over the course of one season. MRIs taken of the boys after the season found disruptions in the flow of water molecules along axons in the brain’s white matter—a condition often associated with long-term symptoms of concussions—and the disruptions existed even without the kids suffering an actual concussion.

Whitlow conducted a similar study on high school football players in 2014 and found the same disruptions in the brain’s white matter. Putting the two studies together suggests that the various physical impacts suffered while playing football, even without sustaining a concussion, can have harmful effects on the brain regardless of the player’s age or the level of football in which they’re playing.

Dr. Robert Cantu, medical director of the Concussion Legacy Foundation, told CNN that he found these findings particularly concerning, adding “Young brains are in the process of making the connections between the ages of 9-12, in terms of giving your intellect, your mood, and also behavior, whether you have a short fuse or not.”

If you’ll remember, a number of former NFL players who sustained concussions suffer from severe behavioral and mood disorders, including a short temper, deep depression, and even suicide, so maybe introducing this type of brain trauma to kids who are “in the process of making connections” in terms of “your mood, and also behavior” is a bad idea, mom, dad, and Roger Goodell?

There are a few caveats to this study. First, Dr. Christopher Giza of UCLA’s BrainSPORT Program told CNN that the study’s small sample size, 25 kids, was potentially problematic, and second, it’s unclear if this type of brain damage is permanent when it’s sustained at a young age. Most importantly, the conclusion by the authors of the study is that parents shouldn’t necessarily yank their kids out of youth football just yet. Co-author Joe Stitzel told CNN that the findings merely indicate areas that need further study.

Whatever. As the Atlantic’s James Hamblin suggests, maybe it’s wiser to assume football is unsafe until proven safe, instead of the other way around. Parents, have you thought about putting your kid in piano lessons instead? Carpal tunnel is a much more manageable condition than brain damage.