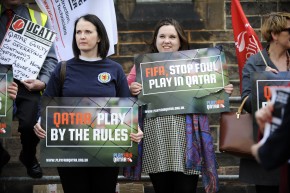 Given Qatar's horrific history of human rights abuses, you can bet there will be more deaths, even if they go unacknowledged 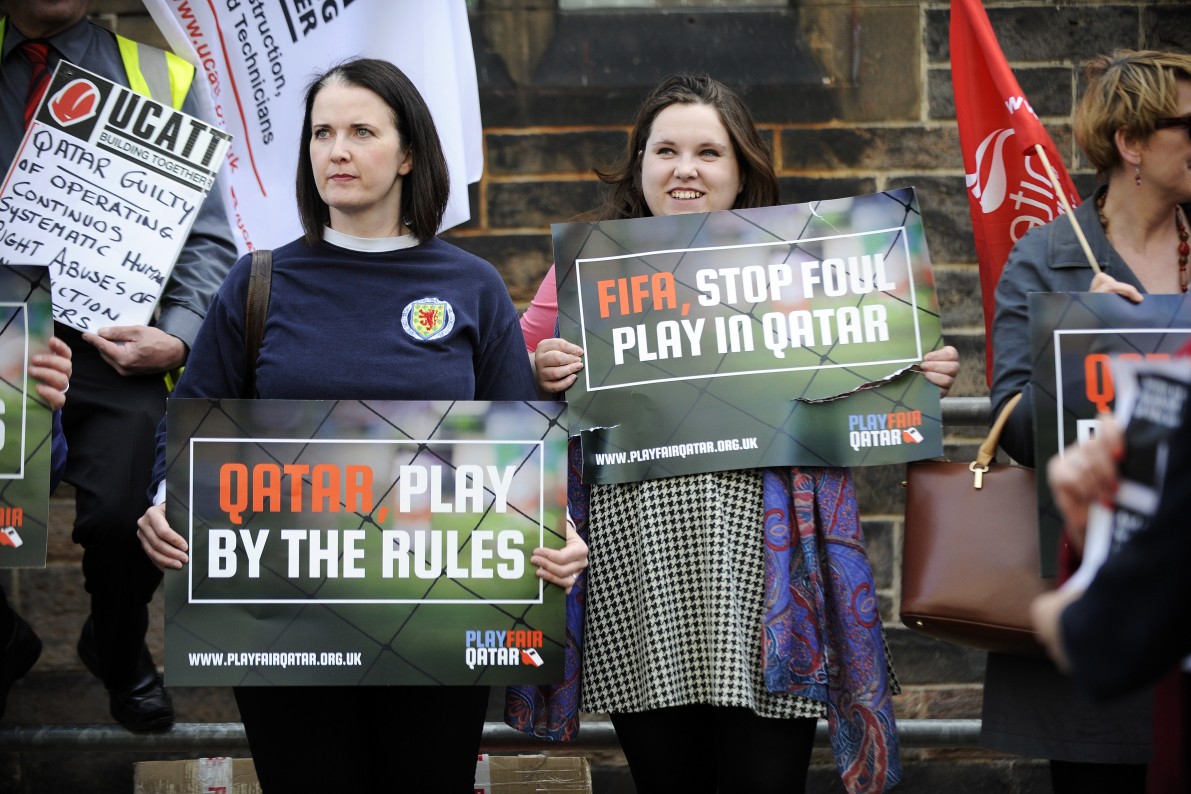 The organizing body for Qatar’s 2022 World Cup announced the first “work-related fatality” amidst the country’s construction boon to accommodate a major international tournament in the middle of the desert.

Even one death is tragic, but the country’s apparent obfuscation of the truth is outrageous in light of reports from Amnesty International on “human rights abuses” and the International Trade Union Confederation on the “modern slavery” of the workers. Discerning an exact number of fatalities has been impossible thus far, but some have pegged the number in the be in the hundreds or thousands.

The law firm DLA Piper has called for an end to the kafala system in which migrant workers require an exit visa from employers, who effectively can prevent anyone from quitting or leaving the country. The Qatari government confirmed that 964 workers from Nepal, India, and Bangladesh died in 2012 and 2013, although it is unclear how many, if any, were working directly on World Cup projects. Qatar even commissioned that DLA Piper report, yet declined to investigate the workers’ deaths.

The latest attempt to spur reforms is a lawsuit filed by Dutch trade union Federatie Nederlandse Vakbewegin and Nadim Shariful Alam, a Bangladeshi worker, against FIFA. The legal complaint, filed in the governing body’s home country of Switzerland, calls for Qatar to adopt “minimum labor standards” and the autonomy to quit one’s job. The Independent reported that migrant workers outnumber citizens 20 to 1 yet face prison or deportation if they protest or try to form a union.

FIFA, the Guardian reported, has thus far argued that it is not accountable for “societal problems” in nations hosting the World Cup, a duplicitous stance given that they had the sole discretion to locate the tournament anywhere they wanted and will profit off its operation. The lawyers for the suit wrote a letter to FIFA demanding that they “acknowledge that it has acted wrongfully by awarding the World Cup 2022 to Qatar without demanding the assurance that Qatar observes fundamental human and labour rights vis-à-vis migrant construction workers whose work is related to the 2022 World Cup.”

Even FIFA’s own executives have acknowledged how corrupt its recent history has been and that the very awarding of this World Cup to Qatar (along with the 2018 edition to Russia) may have been the “tipping point for things to happen.” Well, now is that time to act before more die slaving away to build their precious stadiums.