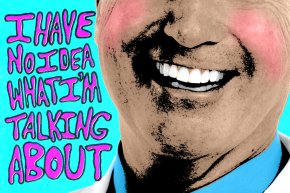 How One Doctor Helps Your Sports Injury Story Sausage Gets Made 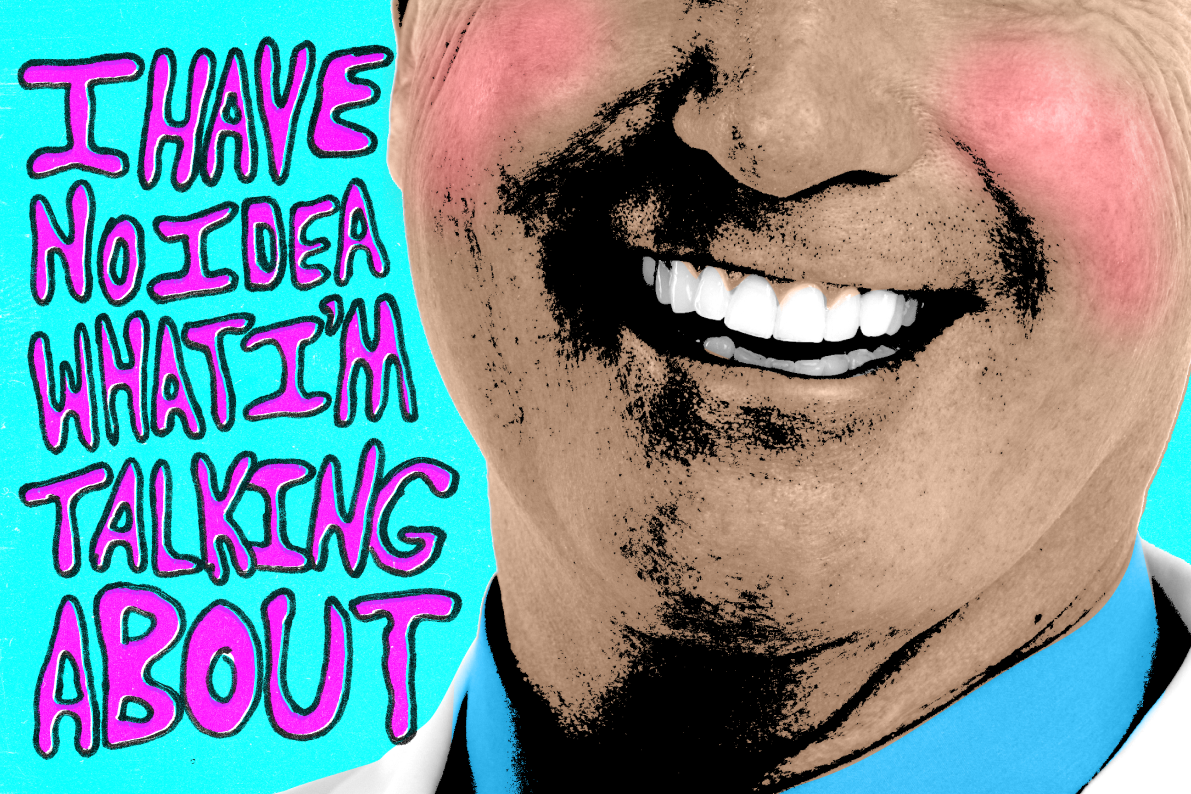 When a professional athlete suffers an injury, the reporting follows a predictable pattern. A quarterback, for example, crumples to the ground after a vicious hit, limps off the field, is carted into the locker room, and soon enough, one of NFL’s many plugged-in information merchant will tweet that he’s “doubtful” to return as panic and dread spread throughout the fan base. Then, the team will reveal the extent of the damage as reporters try to sift through the slivers of official announcements and off-the-record whispers from various insider sources to try and report how long said athlete will be on the shelf.

But those in a position to know how badly an ACL has been shredded—the athlete in question, team officials, and player representatives, largely—aren’t always honest brokers when it comes to injuries. It’s not hard to see why: beyond any question about a patient’s right to privacy, everyone in a position to know has a vested interest in keeping that information close to the vest, whether they’re motivated by a desire to keep an upcoming opponent in the dark, to avoid exposing an in-game weakness, or to ensure that customers continue to purchase their product.

So, in a gray zone marked by an absence of verifiable information, reporters will turn to speculation and informed guesses from medical professionals that are not treating the player(s) in question, no matter how fuzzy the answers they provide. Enter Dr. Armin Tehrany, an orthopedic surgeon who would very much like to be the first name plucked from a sports reporter’s Rolodex when they need to fill out some column inches.

Starting on May 4, Vocativ received more than 20 emails from Dr. Tehrany’s PR representatives, usually within hours of an injury becoming public knowledge. When Matt Harvey, Josh Hamilton, Dustin Ackley, Serena Williams, Jimmy Garoppolo, Steven Matz, Trevor Simien, Adrian Peterson, and more were sidelined with various knee and/or shoulder issues, it meant one thing: Vocativ (and in all likelihood, many other sports writers) could expect to receive yet another email announcing that Dr. Tehrany was available for a nice chat.

But Dr. Tehrany’s areas of expertise are pretty flexible and expansive, if his emailed biography is to be believed. In one, Tehrany is listed as “an expert in the field of joints, muscles, bones, ligaments and nerves.” In another, it’s winnowed down to “minimally invasive surgery of the shoulder and knee,” a sentence that appears to have been culled from his profile at Manhattan Orthopedic Care’s website.

It’s possible then, that Dr. Tehrany is indeed qualified to expound on the herniated disk in David Wright’s neck and/or A-Rod’s nagging pulled hamstring, but even if you’re willing to believe that a doctor can specialize in every working part of an athlete’s body, he’s willing to go a step further, ready to comment on injuries that seemingly fall outside his purview.

When the Atlantic blogged about a concussion settlement agreement between a former Bowling Green football player and the school, Tehrany’s reps dropped a brief note asking if we had read the article and might be interested in having an “expert” air his thoughts on “when to call it quits on the field for youth and college students” and “what parents and families don’t know – why coaches ignore the signs of a concussion,” plus “the rise of lawsuits over youth-related sports injuries.”

After a study of the injury rates for youth soccer players was published, his reps again touted him as “an expert in this field.” On more than one occasion, even when there wasn’t a specific news peg, Vocativ was informed that Dr. Tehrany was available to “weigh in on anything sport injury related.”

Why does Tehrany rank as the be all end all of sports medicine? According to one email, he “worked alongside team physicians for the New York Jets, New York Rangers, and the New York Islanders making him an expert on sport related injuries.”

That’s a fascinating turn of phrase, and a conveniently fuzzy one. The implication is that he worked for these New York teams in some official capacity, but no details are provided as to when exactly said work took place and what kind of medicine he and these team docs practiced alongside one another.

However, in another email, a differently worded bio provides a tad more information.

“He completed his residency training in the Department of Orthopaedic Surgery at Lenox Hill Hospital in Manhattan,” the email states. “During that period, he worked with the team physicians for the New York Jets, New York Rangers, and New York Islanders,” which is a flabby attempt to suggest that his concurrent residency with doctors that would go on to work for professional teams grants him some special authority.

Vocativ spoke with Andrew Seaman, the Society for Professional Journalists ethics chair and a reporter who covers medicine, health, and health policy for Reuters. He explained that as long as the physician in question is speaking about an injury in terms of the expected treatment and has knowledge of the most up-to-date medical practices, he or she is not only hewing to ethical standards, but that insight has journalistic merit.

“It’s an important piece of the puzzle when you’re reporting on injuries,” Seaman said when reached by phone. “I think [doctors] need to be upfront and say ‘this is all speculation,’ but I think it’s up to a reporter to really dig in and say, ‘I have a few experts here; they’re backed by data; I’ve done a bit of digging myself, and here’s what i can say.'”

When he’s been quoted in in an article, Dr. Tehrany has stuck to that script. Following the horrific injury suffered by the Minnesota Vikings quarterback, Teddy Bridgewater, USA today spoke to Dr. Tehrany, who talked about the severity of Bridgewater’s injury, but framed his thoughts in general terms, keeping a good distance from any notion that he himself had ever treated the player.

However, on at least one occasion, Dr. Tehrany was willing to nudge right up against that ethical line. When news broke that Eric Decker, the New York Jets wide receiver, would be undergoing an MRI to see if he’d suffered any structural damage to his shoulder, an email arrived saying Dr. Tehrany could not only provide information about “The dangers of playing through a shoulder injury what this could mean for Decker.” This was before the results of the MRI were released or the team and player provided any official statements about his status. He was also willing to speculate about “other possible shoulder injuries/outcomes that Decker could be suffering from.”

Ultimately, though, according to Seaman, the responsibility for determining if a doctor does qualify as an expert in a given field lies with the journalist. “Google is your friend,” Seaman said. “What I do a lot is send a name through PubMed [a free search engine for biomedical research] to see what research they’re doing. Without that, odds are they’re not up to date on current research and best practices.”

Contacting Dr. Tehrany to ask him about all this proved surprisingly difficult. His press reps failed to respond to multiple emails and phone calls, nor did Dr. Tehrany answer emails, calls, and messages left at the phone number of his private practice at Manhattan Orthopedic Care. When Vocativ finally did hear back, his representative asked to receive the questions Vocativ wished to ask in advance, promising to pass them on to Dr. Tehrany.

Finally, when reached by phone, Dr. Tehrany clarified that he specializes in “arthroscopic surgery of the shoulder and knee,” adding, “and then generalized would be sports medicine.”

When pressed about the subjects that seemed beyond his purview—concussions, youth injuries, and the like—he admitted he was not “an expert,” but still insisted he could be a valuable resource for reporters.

“If someone would like information from someone who’s not an expert, which would be a neurologist or a primary care sports doctor, but would appreciate some information from someone who has a knowledge of the field and an interest in its future, and who has children who play sports, then I’m more than happy to provide it,” he said. “But by no stretch of the imagination would I say that I’m an expert in concussions.”

Seaman also mentioned that press reps will embellish a doctor’s credentials without his or her knowledge, but again, it’s up to the journalist to do the work verifying that the information is true. “Sometimes I’ll get emails saying, ‘Hey, I have this doctor who would be great,” Seaman said. “Sometimes they’re genuine, but when get on phone they’ll be like, ‘How did you get my name?’”

Vocativ described the emails sent by Dr. Tehrany’s representatives and he asked, “Are you implying that they’re suggesting I’m an expert [in concussions]?”

Vocativ told him yes, and he replied, “Well, I appreciate you telling me that because I’m going to tell them that they should be clearer that for concussion work, I’m willing to speak but I wouldn’t consider myself an expert by any stretch of the imagination.”

“Am I an expert compared to the average person who learns about it?” he continued. “Of course. But if one wants the expert, they’re much better off, like with any field, speaking with a neurologist… So I’ll make that clear to them, and I thank you for bringing that to my attention.”

Dr. Tehrany’s representatives did not respond to a request for comment regarding the emails they sent prior to publication. We will update this story if they get back to us.