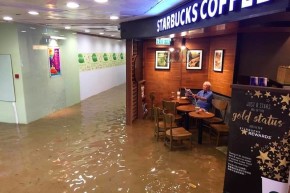 He’s called 'Starbucks Uncle', and he is beloved for taking a Typhoon in stride 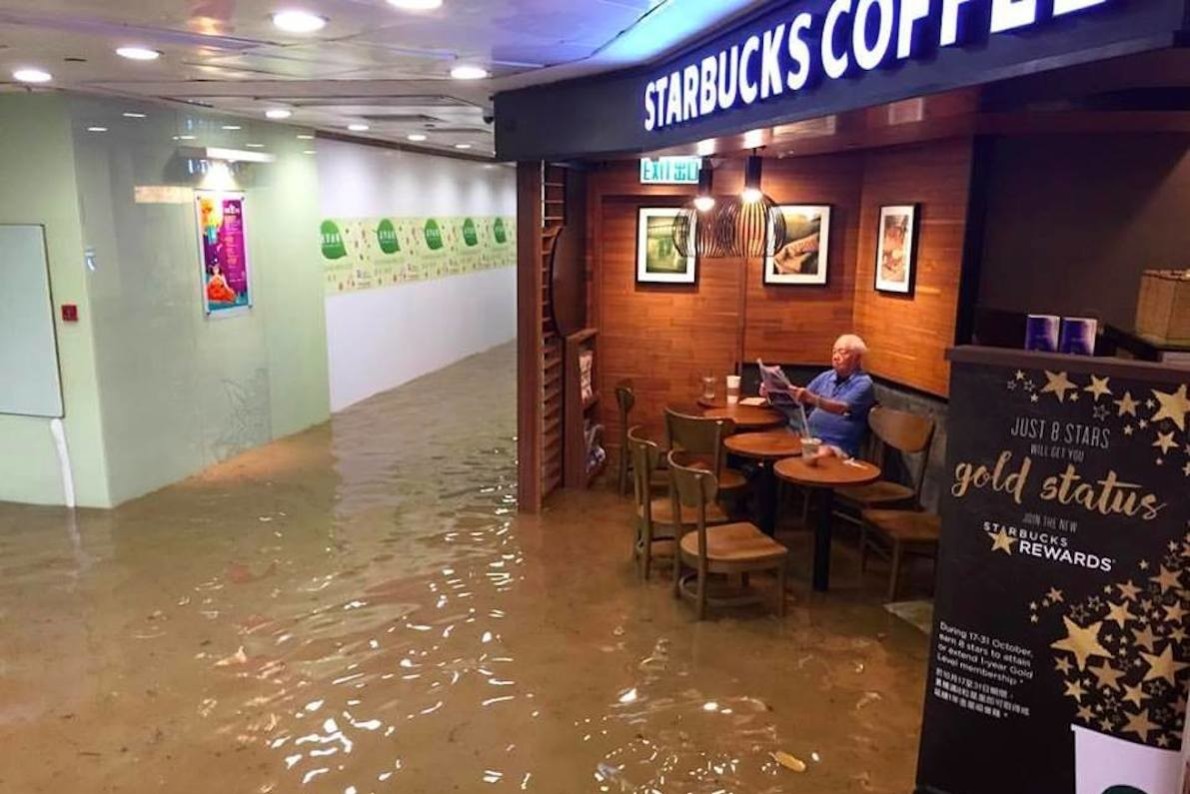 Super Typhoon Haima, which is currently battering China today with 103-mile-per hour winds, has destroyed homes, power lines, and killed at least 13 people in the Philippines. You would not know any of this from the calm countenance of a man snapped sitting at a flooded Starbucks at the entrance to a mall in Hong Kong while water swirls at his feet. He has now been dubbed “Starbucks Uncle,” and is delighting the internet users across the globe.

It all started when 23-year-old medical worker Kristy Chan was taking pictures of flood damage at a mall in Hong Kong’s Chai Wan district to show her family. She would encounter this fella at the mall entrance, just reading the paper and drinking his coffee, as if he knows his survival is unthreatened and he only need wait out the rain patiently.

The photo was posted to China’s TV Most Facebook page with the caption “Huh? The newspaper said that it would be raining today! But I forgot to bring my umbrella.” It soon turned up on Reddit’s front page captioned, “When the mall is flooded but you still need your coffee fix.”

Then, the internet did its thing as it is wont to do, Photoshopping and inserting Starbucks Uncle into a variety of settings to contrast utter destruction against his steadfast, stoic reserve. Many were posted into the comments section on TV Most’s page:

Starbucks Uncle can handle anything:

Chan told the BBC that while she didn’t expect the photo to go viral, she can speculate why it did. “It was quite funny,” she said. “Maybe he already has that many life experiences so the flood didn’t bother him at all.”

It should be noted that Starbucks Uncle is not the only person facing the flooding in Hong Kong with unusual tranquility. Someone posted a shot of a flooded McDonald’s on the TV Most page, where a few customers can be seen sitting and finishing their food as inches of water rise rapidly beneath them.

Let that be a lesson to us all: When the rains go high, go chill.