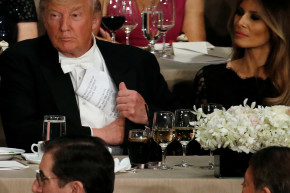 Donald Trump has misbehaved towards his wife again and it got noticed, not in a good way 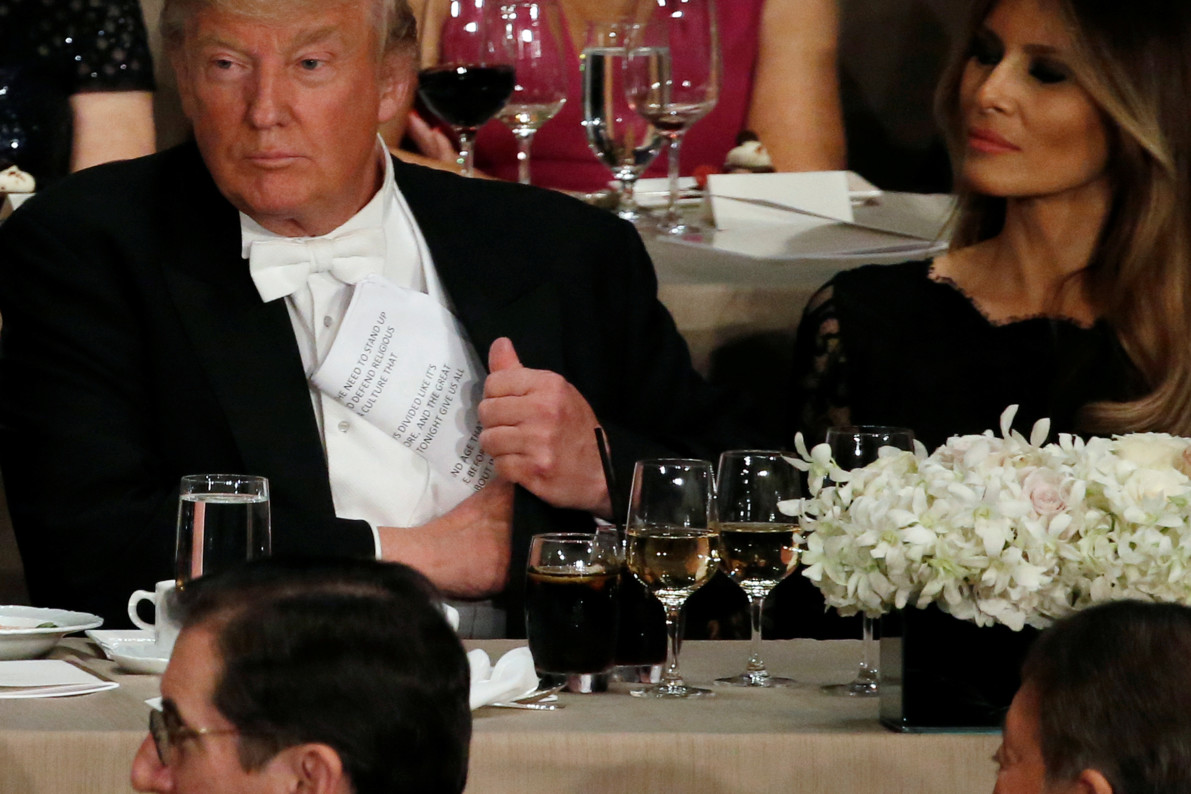 The annual Alfred Smith Foundation Gala, in which presidential candidates attend and make remarks at their own and their opponent’s expense turned awkward this year after Donald Trump took the microphone. Introduced as a New York City landowner who pays even less tax than the Catholic Church, Trump began his speech by attacking all the local politicians he said befriended him over the years and then turned their backs on him when he entered the race as a GOP candidate.

But along with the jabs at Hillary Clinton over a Wikileaks email exchange that showed some of her staff criticizing the Catholic faith, and over the boos of the crowd when he mentioned his “nasty woman” comment, Trump used his wife as an example of what he claims is media bias against him.

“I must say the media is more biased than ever before. Michelle Obama gives a speech and everyone loves her,” Trump said. “My wife Melania gives the exact same speech and people get on her case.” He was referring to Melania Trump’s speech at the Republican National Convention which largely appeared to crib from Michelle Obama’s speech to the Democratic convention in 2008.

Trump called on his wife to stand, telling the applauding crowd she didn’t know that remark would be in his speech. He said he was going to get into trouble when he got home and asked Cardinal Timothy Dolan to “please speak to her.”

On social media, people were not happy with Trump, saying he disrespected his own wife at the expense of a joke.

Trump threw his wife under the bus 2 days in a row. #AlSmithDinner

Excruciating! #Trump throws his wife under bus for a gag. While audience are laughing at her he says "C'mon Melania stand up" #AlSmithDinner https://t.co/bKAm2fGNXf

Trump's best joke was a burn on his wife. Must be rigged. #AlSmithDinner

Only a day before the dinner at the third presidential debate Trump contradicted his wife, claiming that he did not apologize to her about the “Access Hollywood” tape. Melania Trump told CNN in an interview earlier this week that he had.