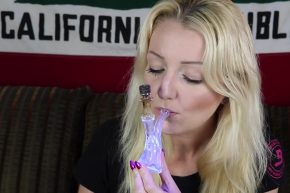 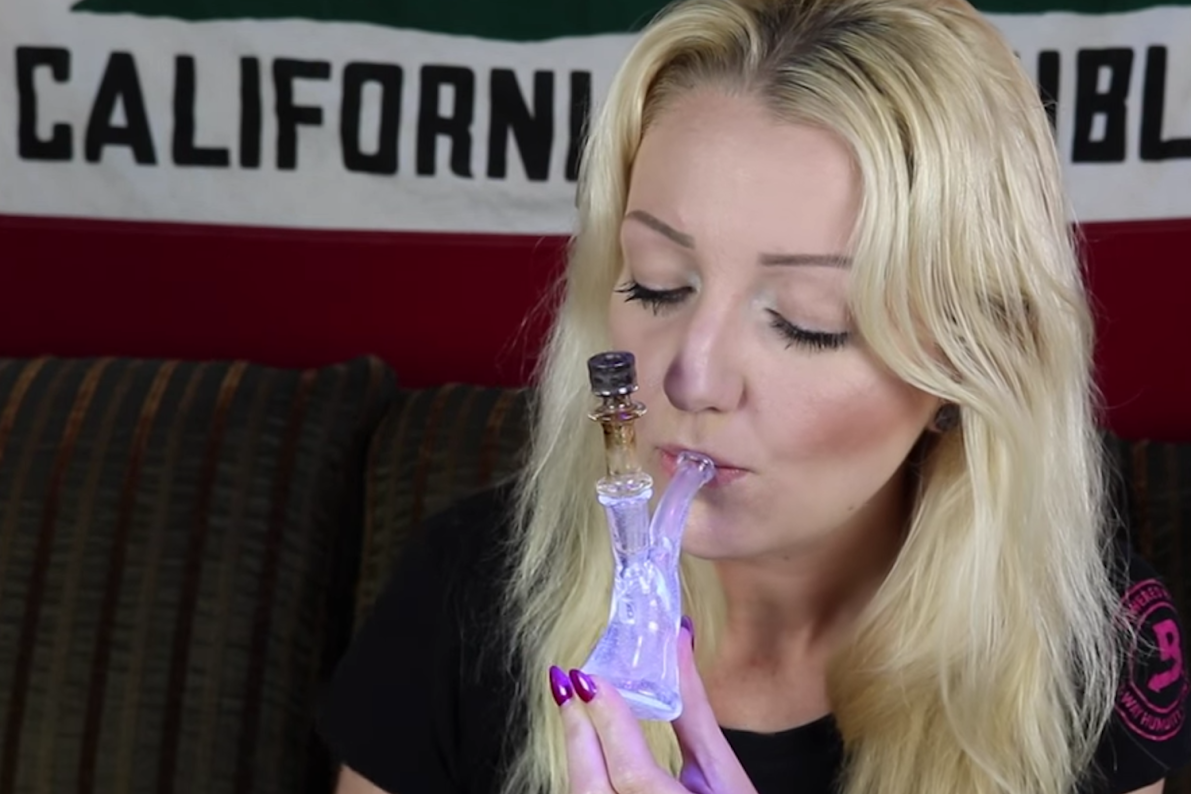 People will watch strangers do all kinds of things on the internet, from playing video games to cutting paper, so it’s no surprise that there’s also a huge audience of folks who like to watch videos of women smoking weed.

Refinery29 has a lengthy feature about these women, who are known online as WeedTubers. Many of them have thousands of followers on Instagram and YouTube, and they host livestreams on Periscope, under the hashtag #Perismoking. One such WeedTuber is Coral Reefer, a 28-year-old California woman with 175,000 Instagram followers, 117,000 YouTube subscribers, and about 23,700 followers on Periscope. Her last Periscope broadcast was a video of her dabbing (a.k.a. smoking weed oil) while doing her makeup. Another of her videos involved the craft of a seasonally-appropriate bong out of a pumpkin. In another, she answers viewers’ questions, many of which pertained to marijuana legalization and politics.

#pumpkinbong reminder! Catch every year of pumpkin smoking on pumpkinbong.com and make your own before the month is over! Tag me in your #pumpkinbong or #pumpkinrig photos! #worldreefers

Coral and other women like her are trying to change the perception of stoners as lazy and grimy to someone who can get high, look good, and still contribute to society. The Refinery29 piece also lists female WeedTubers like ModestMaryJane, who has nearly 100,000 followers on Periscope, and KandiesKind, who has a more modest following of just under 3,000 followers, as members of this movement. Their online presences show that lady pot smokers are not just one-dimensional characters, but real people. Per Refinery29:

[Women] like Coral say that women in the cannabis industry have more of a voice and agency than ever before, and are taking control of their own images. The fact that they have such huge audiences, she says, signals that women’s roles in the industry are rapidly changing. When she started her channel seven years ago, women “weren’t finding networks of women who looked like us and talked like us,” she says. “I think women are [now] standing up for themselves.”

Although perceptions surrounding marijuana are changing, it’s still not legal under federal law. And while there are no reports to indicate that anyone has ever been arrested for smoking weed online, doing something like this in a public forum does mean you subject yourself to public opinion. But for the full lowdown on WeedTubers, check out the rest of the feature over at Refinery29.