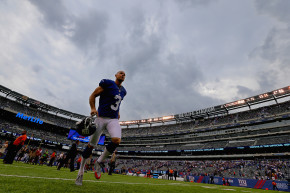 New York Giants Kicker Admits: ‘I Have Abused My Wife’
By Robert Silverman

New York Giants Kicker Admits: ‘I Have Abused My Wife’

The NFL has reopened its investigation of Giants kicker Josh Brown, who has admitted to abusing his wife 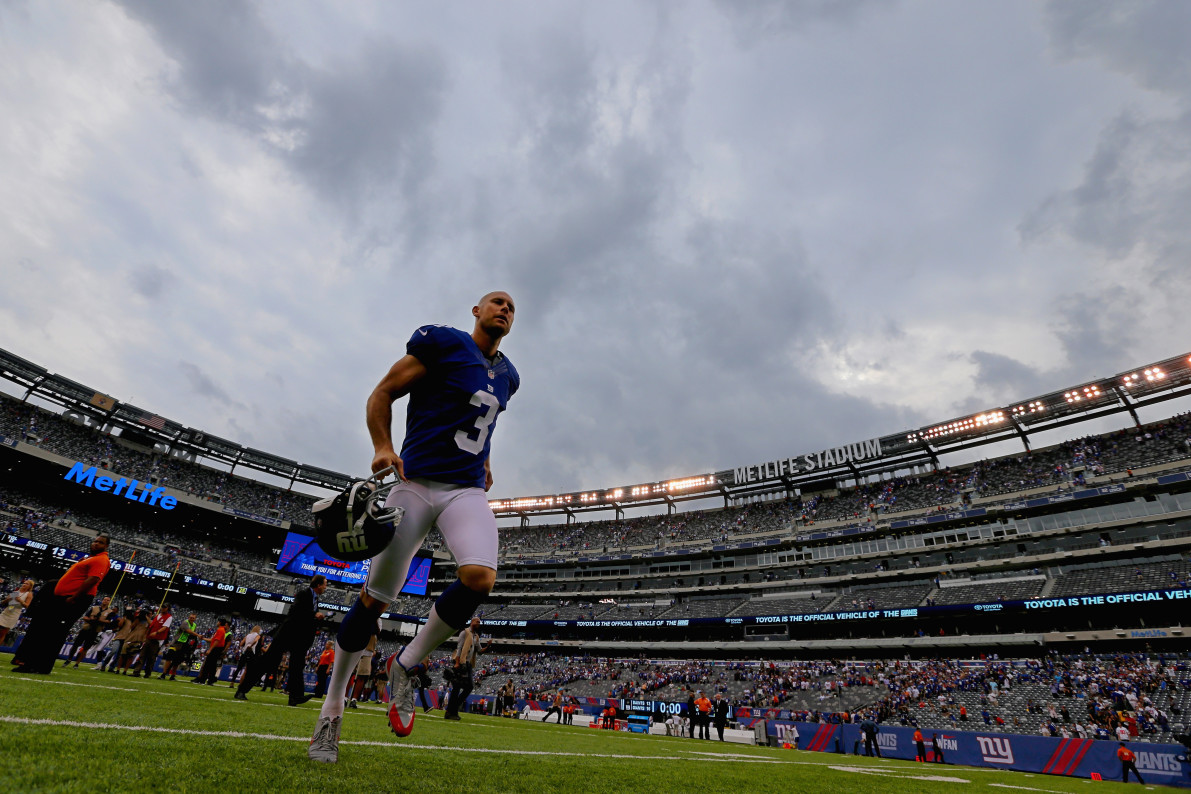 If you spend any time watching hour-long police procedurals, there will be one moment where the detectives or the prosecutor stumble upon the damning piece of evidence that assures the defendant’s guilt. Sometimes, that evidence—like a random waiter perfectly recalling a pivotal conversation between customers that occurred weeks ago—stretches the bounds of credulity. This is one of those moments.

Numerous outlets have received journal entries, emails, and diaries kept by New York Giants kicker Josh Brown, in which he recounted the multiple occasions in which he “physically, emotionally, and verbally” has abused his now ex-wife Molly. He labeled himself a “sexual deviant” and admitted it’s a pattern of violent behavior towards women that has persisted since childhood,

“I have been a liar for most of my life,” Brown wrote in an email to friends as part of marriage counseling. “I made selfish decisions to use and abuse women starting at the age of 7 to fill this void. I objectified women and never really worried about the pain and hurt I caused them. My ability to connect emotionally to other people was zero. My empathy levels were zero.”

It gets worse. In one highlighted and circled journal entry he wrote, “I have abused my wife.” In another he calls her his, “slave,” and says, “I have always thought of myself as a guys guy, but sense [sic] all I think about is sex I pick the person I know I can manipulate.” In yet another document created while he was in counseling called ‘Contract for Change,’ he says he is a, “horrible husband and stepfather.”

The Kings County (Washington) Sherriff’s Office received these documents from Molly as part of their investigation following Brown’s May 22, 2015 arrest on suspicion of domestic violence assault. (The state ultimately decided not to file charges against Brown.)

The NFL kept Brown from suiting up on opening weekend for violating the League’s personal conduct policy, and the Giants re-signed Brown this offseason to a 2-year/$4 million dollar contract. According to the personal conduct policy, a first-time offender will receive a six-game ban, though it gives the NFL the right to reduce that suspension should “mitigating factors” come in to play. During training camp, owner John Mara said the team was “certainly aware of the arrest,” noting that the charges had been dropped.

“Based on the facts and circumstances that we were aware of at that time, we were comfortable with our decision to re-sign him,” Mara said. “Nothing that has happened in the mean time to make us question that decision… We attempted to make a informed decision here. We’ll live with the results of that decision.”

Mara also added that domestic violence cases were “rarely black and white,” with one noted exception. “You very rarely have a Ray Rice video,” he said.

To date, the Giants have refrained from commenting on Brown’s confession, but perhaps when a woman says Brown became physically violent with her on “more than 20 different instances,” they won’t need to see it happen to give her words more weight.  Or, they might pay attention to the 10 phone calls she says she made to the police prior to the night of Brown’s arrest before the cops finally decided to step in.

The NFL, however, plans to see what it might have missed in its initial 10-month investigation, one in which they seemed to suggest that the relatively light one-game suspension was the result of Molly Brown’s unwillingness to cooperate with them, as if they were an honest-to-goodness state actor.

The NFL said it is going to re-open its investigation into Josh Brown in light of the new information in the recently released documents.

Now the League is blaming the King’s County Sheriff’s Office for not giving up the goods. “It is unfortunate that we did not have the benefit or knowledge of these materials at the time,” the NFL said in a statement.

Yeah, it is unfortunate. It’s also unfortunate that they read the police report and saw what Molly Brown said about her husband as “mitigating factors.”