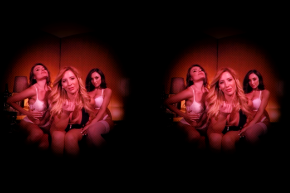 The first-ever VR strip club is coming — and will let you guzzle champagne, buy dances, and "make it rain" 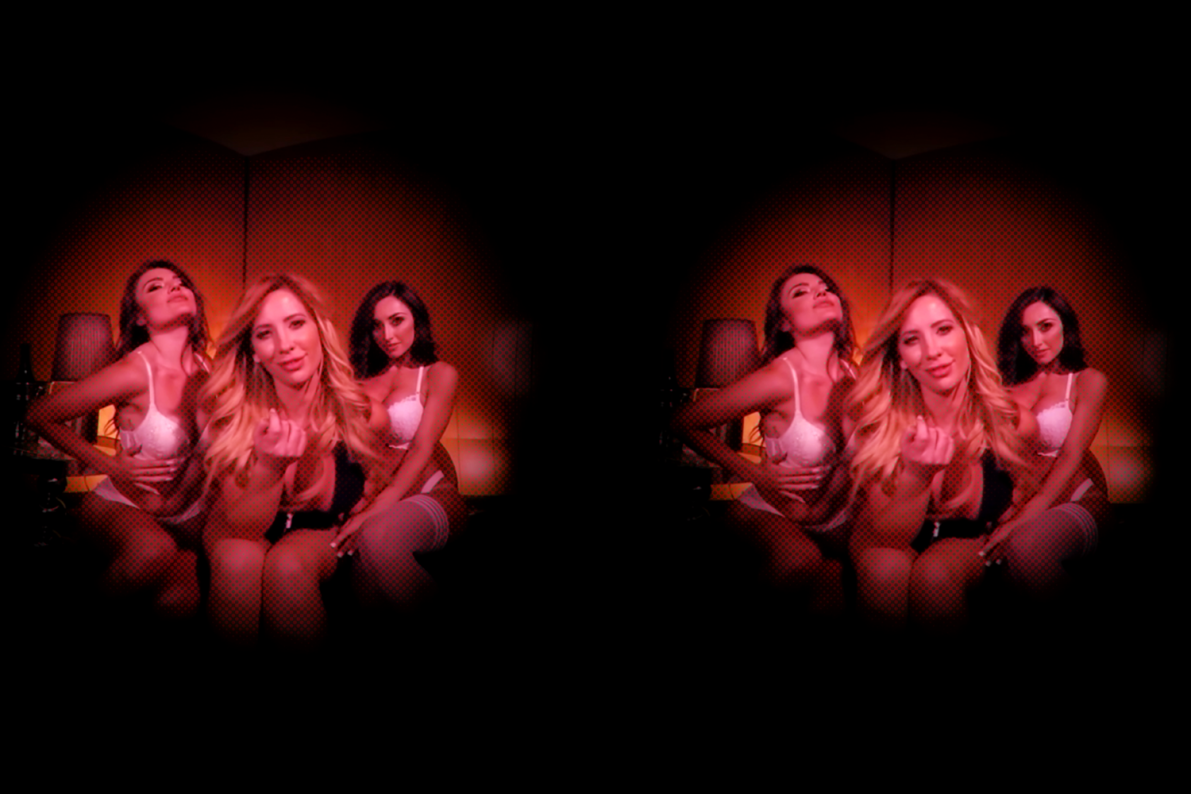 There is a brunette wearing nothing but hot pink thigh-highs and platform heels biting her lip as I sheepishly look her up and down. Sheepishly because, well, I have a bulky Samsung Gear VR strapped to my face, which gives even my subtle head nod the look of aggressive street harassment. Like I’m miming the possibility that I might fall flat on my face from the power of her beauty. She’s not even really there to witness this technologically-induced boorishness, but I feel embarrassed nonetheless. When she turns around and bends over, I tuck in my crossed leg because I’m afraid of accidentally kicking one of her well-toned calves.

I’ve come to San Francisco’s North Beach neighborhood, the heart of the city’s strip club district, to strap on a headset and get a virtual lap dance. Here I am, having walked past all of the anachronistic neon signs advertising topless entertainment, sitting in a well-lit corporate office with a 3D woman grinding in my face.

Axel Sang, marketing director at BSC Management, the company that manages all but two of the city’s strip clubs, is giving me a preview of the first ever virtual reality strip club, a rendering of The Gold Club San Francisco. Its makers at Vixen VR, an adult gaming company, hope to release a beta version in late November and say it will be a realistic and interactive experience, where players wait in line outside the club, get cash out of the ATM, and “make it rain” dollar bills on stage. They are also selling individual VR lap dance clips, like the ones I experienced, for those who don’t want to move through the gamified strip club experience.

They filmed 14 different women — largely big-name headliners, like porn star Christy Mack, who do not actually work at The Gold Club — performing pole dances on green screens. They also recreated several private dance rooms from the Gold Club on a set, where they captured lap dances in 3D with a custom rig outfitted with a series of GoPros. All of this content will be added into the virtual world of the club, which will be brought to life from a combination of film and CGI renderings. They say the player will move through this VR world as a realistic avatar and that the film will change based on his actions. “The film has a brain,” as Dan Dilallo, co-founder of Vixen VR, put it.

Some day, thanks to emerging haptic technology, they might even be able to allow players to touch the dancers, says Jimmy Hess, Vixen VR co-founder. That does raise questions about the limitations of players’ behavior and the issue of consent — albeit involving video game characters — especially given the recent story of a woman’s virtual reality groping.

As technically impressive as all this sounds, the setting of my preview, mere feet from several actual strip clubs, kind of demanded the question: Why get a virtual lap dance when you can get a real one? The virtual dancers feel overwhelmingly real and present in many ways, but they can’t simulate some of the key physical sensations of a real-life lap dance — the feeling of someone else’s thighs brushing against yours or the sting of hair flipped across your face. There isn’t the beguiling smell of a stranger’s shampoo or the electric charge of flirtatious conversation.

More Male Strippers Aren’t In It For The Money, Says Science

She also points out that “strip clubs are one of the last places on earth that forbid the use of cell phones” and believes that this escape from tech is part of what keeps people coming back. “With all the disconnect we experience while being fused to our technological devices, strip clubs are the one place you can go to experience human intimacy, something that’s pretty fucking scarce these days,” she said.

Dilallo, who previously worked on Guitar Hero Live, sees the game as having something of a democratizing appeal. “Not everybody when they go to a club has the same experience. Usually it requires a lot of money,” he said. “A lot of people want to have that real prestige experience and they don’t get it. If you virtualize it, they’ll be able to be treated like a VIP even though they don’t have all the money, even though they don’t have celebrity status.” Although he wouldn’t reveal the exchange rate for real-world dollars to virtual strip club dollars, he said you would get “a lot of bang for your buck.” They are also working on things like having celebrities in the club sitting alongside players in the VIP, as well as champagne companies sponsoring virtual bottles of bubbly that are delivered with the same pomp as in the real-life club.

This doesn’t mean the VR strip club experience is all effortless fantasy fulfillment, though. “The rules still apply somewhat in the in the virtual world,” said Jimmy Hess. “You do have to earn and work your way to the top sometimes, but not to the extent that you do in real life.” Part of working your way to the top in the Gold Club VR experience will mean getting a recurring paid monthly membership. “He can arrive in a limo, he gets right in, everybody else has to wait in line, he gets the best seat in the house, he gets all the attention,” said Dilallo, who noted that the game will be welcoming to female players as well. The thinking here is that, just as with games like Call of Duty, players have to work to build their status.

“It’s still going to be better than the real life experience because you’ll have more money to spend, you’ll have all the headliners at the club with you, and they’ll do whatever you like,” said Dilallo.

Well, not whatever you like. Although I did receive a range of VR lap dances — bikini-ed, topless, and fully nude — the full Gold Club VR experience won’t feature full nudity. That’s because the real-life club serves liquor and California law prohibits such venues from allowing bottomless dances. Obviously, that particular California law doesn’t apply to VR stripping, but that level of fidelity mattered to the makers. “We want to stick with what actually happens,” said Sang. It just goes to show that, even in the virtual world, our fantasies are still limited by reality.