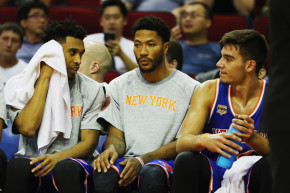 The Reactions To The Derrick Rose Verdict Suck
By Robert Silverman

The Reactions To The Derrick Rose Verdict Suck

Teammates, jurors, and even a judge all made sure to remind us how awful the Derrick Rose trial has been 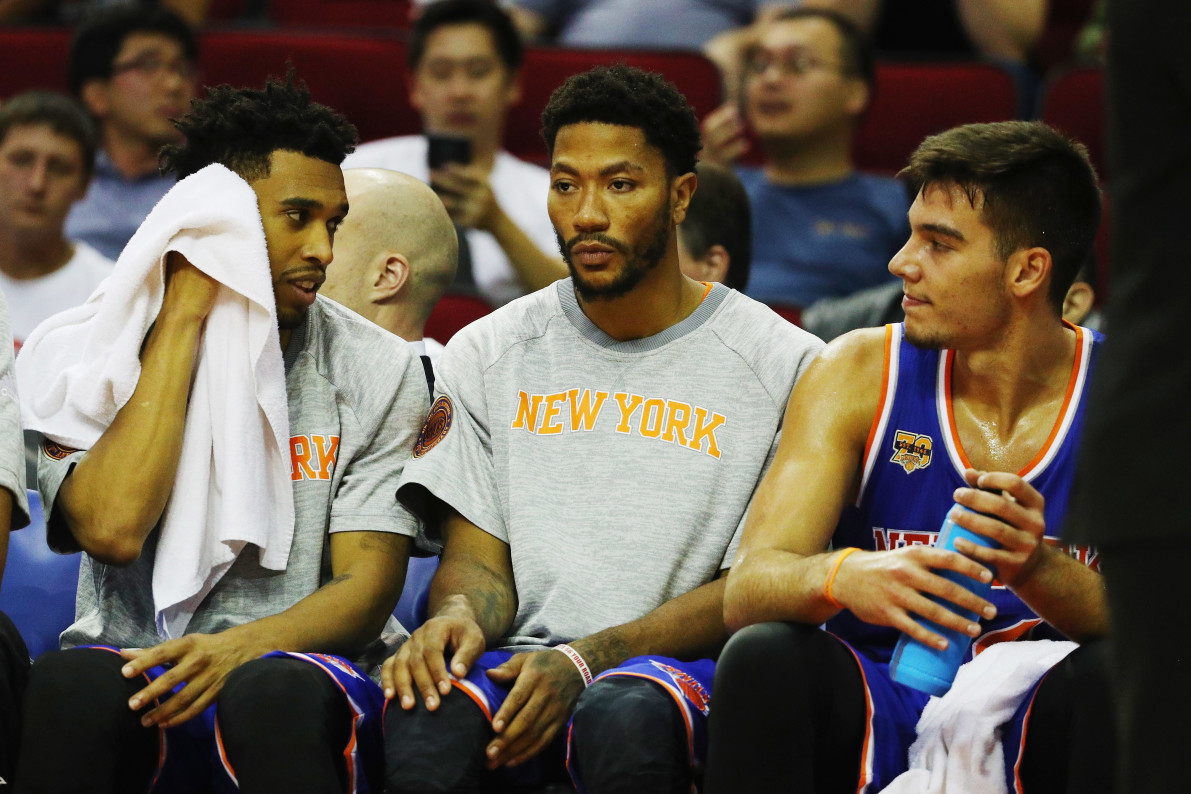 Following Wednesday’s verdict that found Derrick Rose and his two friends non-liable on three counts each of sexual battery, battery, and trespassing, Rose, Rose’s attorney, and one of Rose’s teammates made some not so good choices.

Rose declined to speak with reporters immediately following the trial, other than to say he was looking “forward to the season.” In a statement, he would later add that he was, “Thankful that the jury understood and agreed with me.”

For some reason, Rose and his attorney thought it would be a swell idea to extend their gratitude by posing for photos with said jurors.

Don't see this every day. @drose and atty posing with giddy jurors after verdict. #DoevRose pic.twitter.com/hbmxnPnyf6

Another juror, Jennifer, when asked why she wanted to grab a photo to commemorate this event, said the trial was a “fascinating experience.”

Two jurors took a pic with Rose. One said he had never heard of him (not a sports fan), the other is not a Rose fan. pic.twitter.com/vKpwX8BGld

The presiding judge, Michael W. Fitzgerald, also partook in some convivial fun. While he offered kind words to the both the plaintiff and Rose’s co-defendants, he decided to hit Rose with a cutesy quip.

“Mr. Rose, my best wishes to you and your career,” he said, “except when the Knicks play the Lakers,”

It’s a bad look, and makes it seem as if all parties involved were either starstruck or ditched objectivity long before heading into deliberations, a pattern that fits snugly into the long, sordid history of athletes accused of sexual assault.

To be clear, the selfies and jibes say absolutely nothing about whether that’s what occurred. Rape cases are incredibly difficult to prosecute, even when the defendant isn’t a wealthy and famous individual. And the jurors that spoke with reporters all said that they found Rose’s account of the night in question to be more credible than Jane Doe’s. In a case lacking any physical evidence, that’s all that mattered.

But speaking of the ways in which a plaintiff accusing an athlete will be smeared as a lying gold digger, Rose’s fellow Knick, Joakim Noah, did just that.

“It’s great that the truth came out,” Noah said, according to the New York Daily News, regardless of the fact that he was not present at the trial and has no idea what the ‘truth’ might be. “But at the same time we didn’t have our point guard for all of preseason. All of this because of a girl who was trying to make money off my friend.

Obviously, the important thing here is whether or not the team will be able to integrate Rose into the tweaked version of the triangle offense that coach Jeff Hornacek is installing with only one preseason game and three practices left on the calendar before opening night. Oh, and please make sure to mention money one more time, just in case we didn’t hear you revert to one of the oldest sexist tropes in the book.

“It’s definitely a distraction. He’s not here,” Noah said. “It’s a distraction not just for [Rose] but the whole team. But it’s not his fault. It’s just some girl who went out of her way to make money off of him.”

This, this right here, is why women don’t come forward.