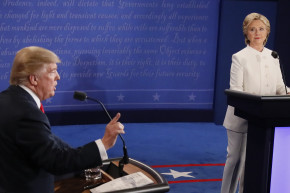 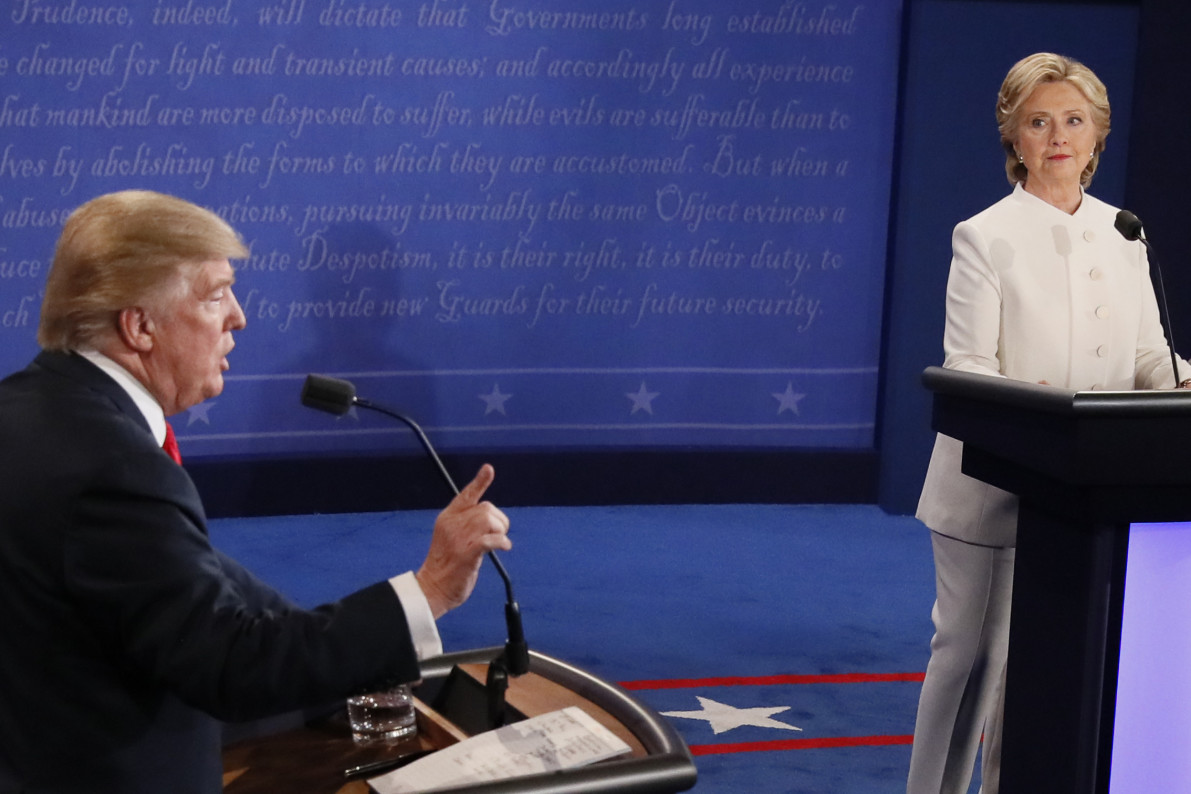 Trump failed to rattle Hillary or her supporters with his comments — AFP/Getty Images
By Cassie Murdoch and Leigh Cuen
Oct 20, 2016 at 11:46 AM ET

Donald Trump said a lot of bizarre and offensive things during the final debate on Wednesday, so many in fact that it was easy to miss one of his slyest moves toward the end when he called Hillary Clinton “such a nasty woman.” But rest assured, the women of Twitter caught it and ran with it — turning it into a compliment faster than The Donald could shout another “Wrong!”

The remark was the sort of unforced error Trump seems unable to help (when Trump called Hillary “nasty” she wasn’t mocking a child or picking corn out of her teeth; she was answering a question about Social Security), and it instantly caught fire. Sure, there were plenty of his misogynist supporters who shouted in agreement, but all of it failed to offend Hillary’s supporters. Instead, they owned it as evidence that being the kind of strong, smart, and capable woman that scared Donald Trump was something to be proud of.

American women when they heard Trump say "such a nasty woman" pic.twitter.com/V0pB0U801X

They reveled in the power of nasty women united:

Trump has no idea what he's done w/ that "nasty woman" remark. He's released the Krakken stirring in every sane woman's heart.

Nasty women are going to send the basket of deplorables packing. #NastyWoman #NastyWomenUnite

Be the nasty woman you'd like to see in the world.

And, naturally, many people were inspired by Janet Jackson’s hit song Nasty Boys

Even Hillary Clinton’s supporters were on it, with a friendly fan near instantly snapping up nastywomengetshitdone.com and redirecting it to HillaryClinton.com. (2badhombres.com also sends you back to Clinton’s site.)

The “nasty woman” quip turned out to be one of the most talked about moments of the night. A Vocativ analysis found that there were more than 450,000 tweets that referenced “nasty woman” or #NastyWoman. Compare that to around 200,000 tweets about the “puppet” moment, 50,000 “bad hombre” posts, and 40,000 where people mentioned the word “concede.”

It’s unclear whether he started this firestorm impulsively, lashing out after being systematically destroyed by Hillary over the course of the 90 minutes, or whether he intentionally let it loose as a dog-whistle to many of his supporters who’ve been calling Hillary a “nasty woman” for some time. (And plenty of them joined the Twitter fray Wednesday night.) It was a gross thing to do either way, but what matters is that it didn’t work. The general consensus among feminists is that if Hillary is nasty, then who wouldn’t want to be nasty.