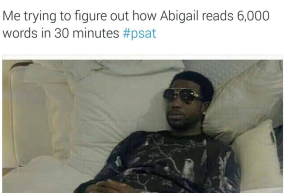 Thank God For Rule-Breaking Teens And Their PSAT Memes

How else would we know about Don Juan Ribero, artisan bagels, and toadfish? 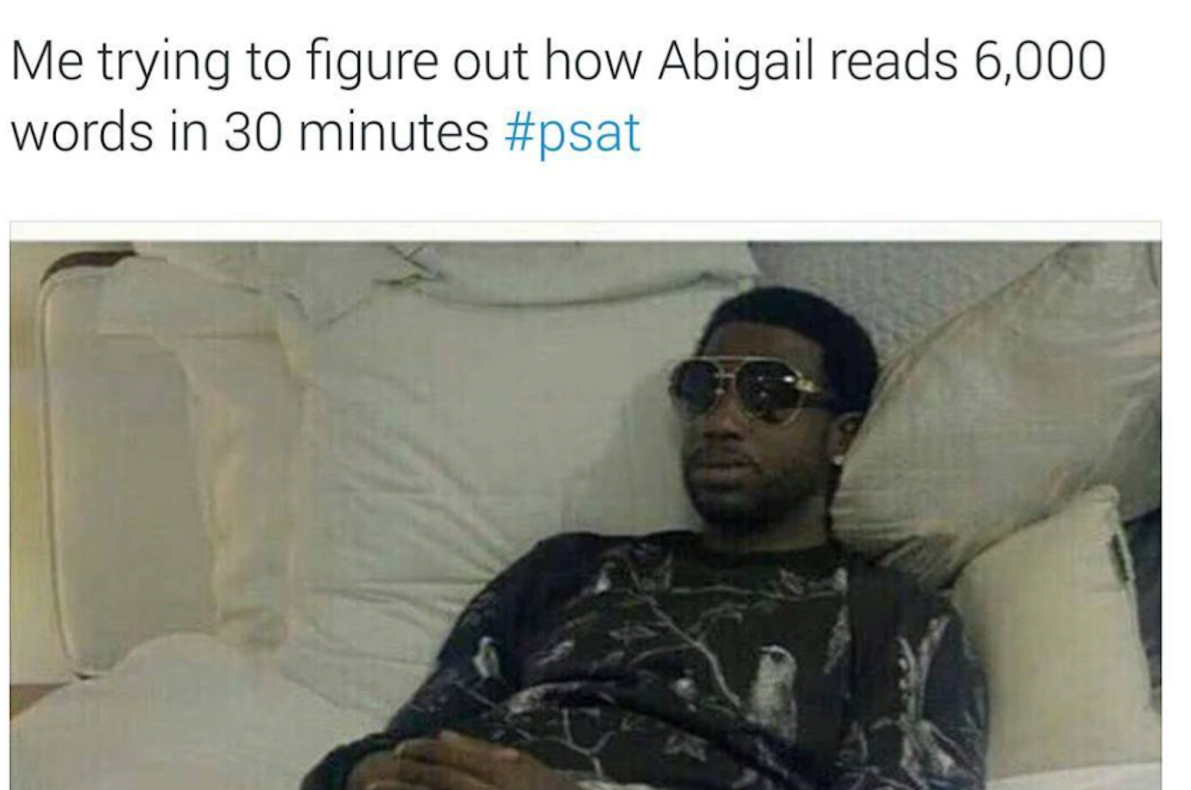 Do you remember taking the PSAT? You know, the standardized test taken by most high school juniors? The PSAT (a.k.a. Preliminary Scholastic Aptitude Test) was just administered Wednesday, and naturally, the internet is rife with fire #PSAT memes. Your testing days may be over, but you can still enjoy the memes all the same.

According to KnowYourMeme, PSAT memes first started circulating in 2014. Most of the memes riff off of questions on the test; in 2015, many of them mentioned a question about a girl named Herminia who wrote poetry. This year, many of the memes stem from a section which included an excerpt from Isabelle Allende’s 2000 novel “Portrait In Sepia.” The excerpt centers around a character named Aurora del Valle and her grandmother Paulina, who try to get photographer Don Juan Ribero to take Aurora on as his student. Ribero refuses, claiming Aurora had no talent, but Aurora wouldn’t take no for an answer. One thing leads to another, and now we have a whole bunch of extremely meme-able content:

Grandma: Here's the check with the amount you set. Give my grandaughter photography lessons.

when Don Juan Ribero comes back from his lunch break but you're still waiting for him at the door #psat pic.twitter.com/u0wbzC1lRj

when Don Juan Ribero won't give u them lessons #PSAT pic.twitter.com/x4sYVlbPQX

This is like reading hundreds of inside jokes between high school kids. It’s great. There also must have been a section about the mating habits of dolphins and toadfish, as some of the PSAT memes turn their focus on ocean life.

And there was probably something in the math section about “artisan bagels” as well:

When mom tries to put the fake artisan bagels in your cart #PSAT pic.twitter.com/G2DWvkBTqk

trying to find which are the real artisan bagels in the grocery store #PSAT #psat2016 pic.twitter.com/kgHdJkcQ3D

when you find out his bagels aren't artisan #PSAT #psat2016 pic.twitter.com/LktHZENH3l

It’s also impossible to say with certainty what exactly was on the test. Students are technically not allowed to discuss the PSAT after it’s administered. And since teens tend to be rude, some of the tweets discuss this very rule. And embracing the absurdity of meme culture, they also go into the agony of not being able to use your calculator on the English section.

when you get caught using your calculator during the English section #psat pic.twitter.com/PqwmUVBrTc

"You may not use a calculator on the english portion of the #PSAT" pic.twitter.com/HFSeQcLsl0

But Twitter isn’t the only place where #PSAT is trending, as evidenced by Instagram memes from the likes of savagerealm.