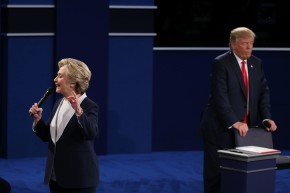 As the third debate nears, a new study says that Trump still leads Clinton in supportive tweets sent by man and bot. 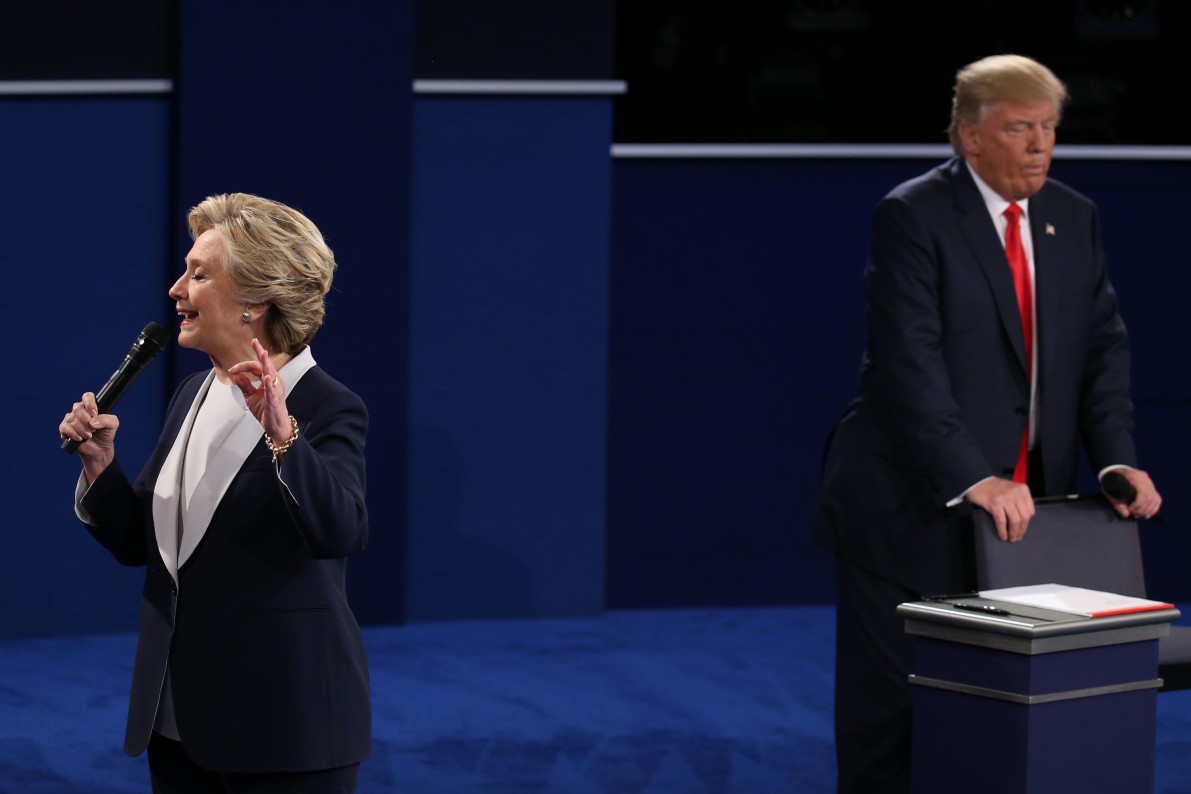 Hours before the third and final presidential debate, the Project on Computational Propaganda released a new study that looked at Twitter activity around the debate that came before it — from both human and non-human users.

Republican presidential nominee Donald Trump also had vastly more support on Twitter from humans and bots alike than his opponent, Hillary Clinton, during the first presidential debate, according to a study from the Project on Computational Propaganda that was released on Tuesday. In the second debate, however, the pro-Clinton bots tried to narrow the gap, only to again be vastly outnumbered by the Trumpbots.

As in the first study, researchers looked at a sample of tweets from Twitter’s streaming API that were sent on the day of the debate (October 9) and three days afterwards. They pulled out every tweet with a hashtag associated with Trump, Clinton, or the debates in general, leaving them with about 6 million tweets — about half the total. They then categorized them according to whether or not the hashtags used were just pro-Trump, just pro-Clinton, a combination of both, or neutral. Finally, they tried to determine how many of those tweets came from humans and how many came from bots. Accounts that tweeted more than 50 times a day were determined to be “highly automated” — bots, basically. They also searched for any accounts that self-identified as bots.

As before, there were many more pro-Trump tweets (40 percent of all tweets with at least one of the qualifying hashtags) than pro-Clinton (12 percent), and the percentage of those pro-Trump tweets determined to come from bot accounts (36) was also higher than pro-Clinton (27). During the first debate, 33 percent of pro-Trump tweets came from bots while just 22 percent of pro-Clinton tweets did. The percentage of neutral tweets that came from bots was even lower: 14 percent during the second debate and 11 during the first, indicating that there was a concerted effort on the part of whoever set up the bot accounts to flood the debate Twitter chatter with messages supporting the candidate of their choice.

Overall, the study says, nearly a quarter of debate-related tweets came from just 7,260 accounts determined to be bots. That’s out of the 2 million accounts that sent the 6 million tweets studied. Which means that nearly 25 percent of tweets were sent by less than half a percent of accounts. Put in those terms, it’s easy to see why the study’s authors expressed concern that these bot accounts can play a part in influencing voters in the election or manipulating public opinion.

Yet considering that Trump has less support from actual voters than Clinton does (if most of the latest reputable polls are to be believed), it’s hard to determine how important it really is that he has so much more support on Twitter than she does. After all, hashtags don’t count at the ballot box.