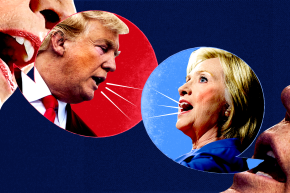 Mimicry is actually good, but they will need to pay attention to their prepositions and conjunctions 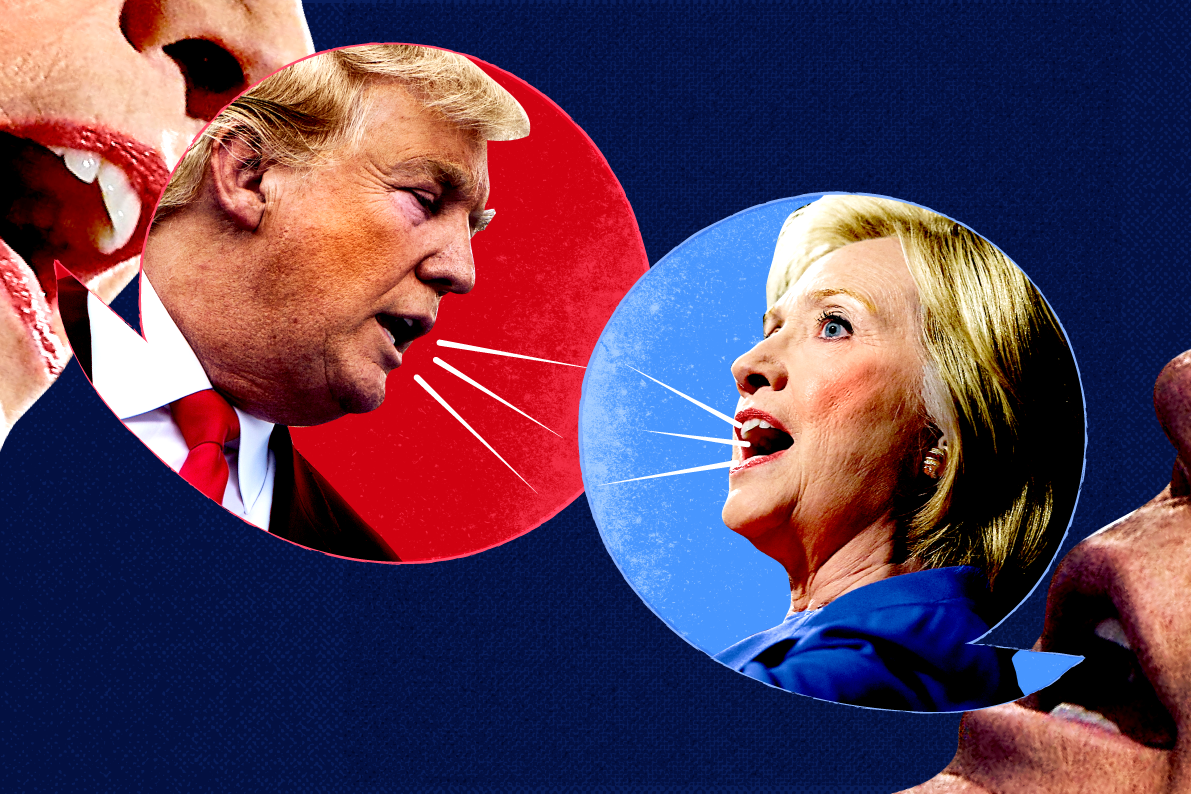 Hillary Clinton and Donald Trump face off in their third and final presidential debate tonight. And while these debates are typically thought of as an opportunity for candidates to show how they are different from their opponent – although it’s hard to imagine two candidates more different than Clinton and Trump – there might actually be value in trying to sound like their rival, at least in one very specific way, according to researchers at the University of Michigan.

A new study of the last 40 years’ worth of presidential debates found a link between how well candidates matched their opponents’ use of certain words and their subsequent movement in the polls. This had nothing to do with the tone or even the content of a candidate’s performance, but rather something seemingly inconsequential: the use of “function” words like conjunctions, prepositions, pronouns, and even articles like “a” and “the.”

The University of Michigan has put together this video with lead researcher Daniel Romero, in which he points to a particularly concrete example of this phenomenon from one of Al Gore and George W. Bush’s debates in 2000. In this example, Bush used quantifying terms like “amount” and “enough” that closely matched those Gore had just used in his initial answer.

Candidates who matched their opponents gained a median of one point in post-debate polls, while those who didn’t lost a median of one point.That’s not a massive gap, perhaps, but it’s a statistically significant difference. And this isn’t necessarily as simple as saying those who matched were just generally more compelling candidates. Individuals’ matching abilities would vary wildly from debate to debate, meaning this almost certainly wasn’t a conscious choice or even a repeatable skill. A candidate might match well in one debate and poorly in the next, and they were likelier to see a post-debate poll boost in the former than in the latter. But since it’s unlikely audiences are consciously responding to how well one debater matches conjunction and preposition use when responding to his or her opponent, what’s going on here?

“Whenever I match this style of my opponent or the person that just spoke, then it’s easy for the third person who’s viewing to understand what I’m saying because they’re not exposed to a completely new style of speaking,” University of Michigan researcher Daniel Romero told Vocativ. “So it’s easier for them to follow their responses or follow the way they’re arguing back to what the other person had said. I imagine that similar things have happened when you actually match content. So if you respond and stay on topic and not go on tangents, it’s easier for the person who’s watching to follow what you’re trying to say.”

When asked what Hillary Clinton and Donald Trump might want to do differently if they read his paper and seek to apply its findings, Romero acknowledged how difficult it would be to change most forms of function word use. One possible exception is quantifiers like “amount” or “enough.” Keeping language consistent when talking about quantities could help audiences stay with the candidate’s point. “If somebody is talking about actual numbers or percentages or quantifying things, then you could also respond in that same style,” Romero said, “where you’re also saying the same types of things rather than becoming very general or not being specific about the numbers.”

But there may also be a more general lesson for tonight’s debaters to glean from this, though Romero stressed this was more speculative. It’s possible that these findings mean there is value in matching style and content more broadly, which can both make it easier for audiences to shift focus from one candidate to the other without getting confused and signal that candidate has been actively listening to what the other person just said.

This phenomenon of changing function words to match a conversation partner is known as linguistic matching. Previous studies have looked at how this can shape one-on-one interactions, but this is the first time researchers have incorporated a third, passive participant into the proceedings: the audience. Romero said it wasn’t certain going into the study which result they would find when looking at presidential candidates.

“People of lower status tend to match more to people of higher status than vice versa,” he said. He pointed to previous studies of interactions between lawyers and Supreme Court justices. “Lawyers would match to the judges more than the judges would match to the lawyers. From this, you would imagine that maybe a candidate would want to match less to appear to be of higher status.” On the other hand, studies of negotiations have found that matching can foster a sense of trust, which might also apply to candidates and their efforts to connect with viewers.

Based on these results, it appears candidates might well benefit from matching the style of their opponents, if only on a subconscious level. Even that might seem surprising, given how much recent presidential campaigns have been presented as a study in contrasts. “It may be counterintuitive looking at it through that lens,” said Romero. “I think it helps to look at it through the lens of it’s not necessarily that you’re not standing out when you linguistically match, but you just make it easier for the audience to understand what your point is and what your response is. And it also signals that you were listening and are responding clearly to what the other person had to say. It may be that you can actually stand out while matching.”