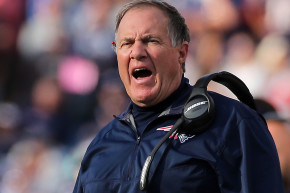 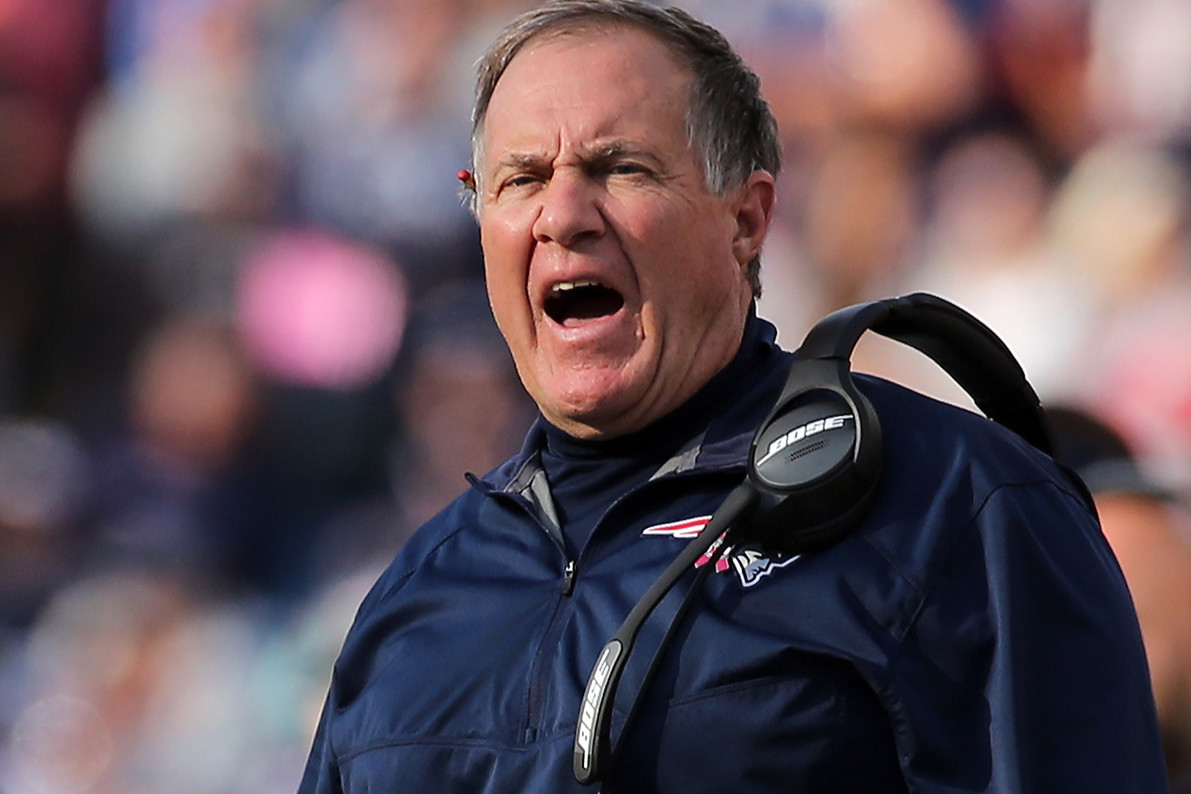 During a Tuesday press conference, New England Patriots head coach and record holder for the world’s longest perma-scowl, Bill Belichick, was asked to unpack his feelings about the Microsoft tablets that all NFL teams use on the sideline, thanks to a $400 million dollar, 5-year agreement making the Surface the Official Tablet of the NFL, because I guess that’s how an empire pulls together a few extra hundred million. Regardless of sponsorship agreements, Belichick does not like the Surface. At all.

“I’m done with the tablets,” Belichick said. “I’ve given them as much time as I can give them. They’re just too undependable for me. I’m going to stick with pictures as several of our other coaches do as well because there just isn’t enough consistency in the performance of the tablets, so I just can’t take it anymore.”

He wasn’t done there. In addition to saying he’s going back to good ol’ printed plays kept in a binder, he devoted a full five minutes and 25 seconds to explain why the Official Tablet of the NFL makes his life more difficult despite the best efforts of the team’s IT guy, Dan, and complained about the “frequencies,” whatever that means.

Here's Belichick's full answer as to why he hates the tablets. Lasted five minutes and 25 seconds. pic.twitter.com/wcSqebtQRu

But the league’s best known coach announcing that he’ll no longer be availing himself of a prime marketing partner’s product must have sent many an exec into full-blown panic mode. By early evening, both the NFL and Microsoft released statements reassuring everyone that all was well, and everyone should remain calm.

“We respect Coach Belichick’s decision, but stand behind the reliability of Surface,” Microsoft said. “We continue to receive positive feedback on having Surface devices on the sidelines from coaches, players and team personnel across the league. In the instances where sideline issues are reported in NFL games, we work closely with the NFL to quickly address and resolve.”

In August, the Ringer reported that a number of non-Belichick coaches had similar worries about the Surface, the Official Tablet of the NFL. And sideline reporters and one quarterback have referred to it as “iPad-like tools,” and “iPad knockoffs,” respectively, despite Microsoft’s best efforts to coach announcers up about proper product placement.

Anyway, what say you, NFL? Is everything going great, despite Belichick’s claim that you’ve been unresponsive to his complaints and you’re not doing much to work the kinks out of this system?

“Microsoft is an integral, strategic partner of the NFL and implementing their technology on our sidelines has increased the efficiency and speed of collaboration between coaches and players to an all-time high,” the NFL said. “Within our complex environment, many factors can affect the performance of a particular technology either related to or outside of our partner’s solutions. We continue to work with all of our partners to ensure the best systems are in place to most effectively assist the clubs in the execution of their game plan.”

So you’ve got nothing? Cool. Legal pads and No. 2 pencils for everyone! And can someone please ask Bill Belichick what’s actually troubling him? We’re worried, because we care.