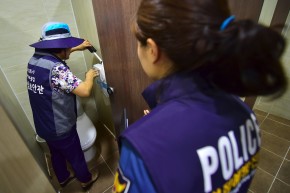 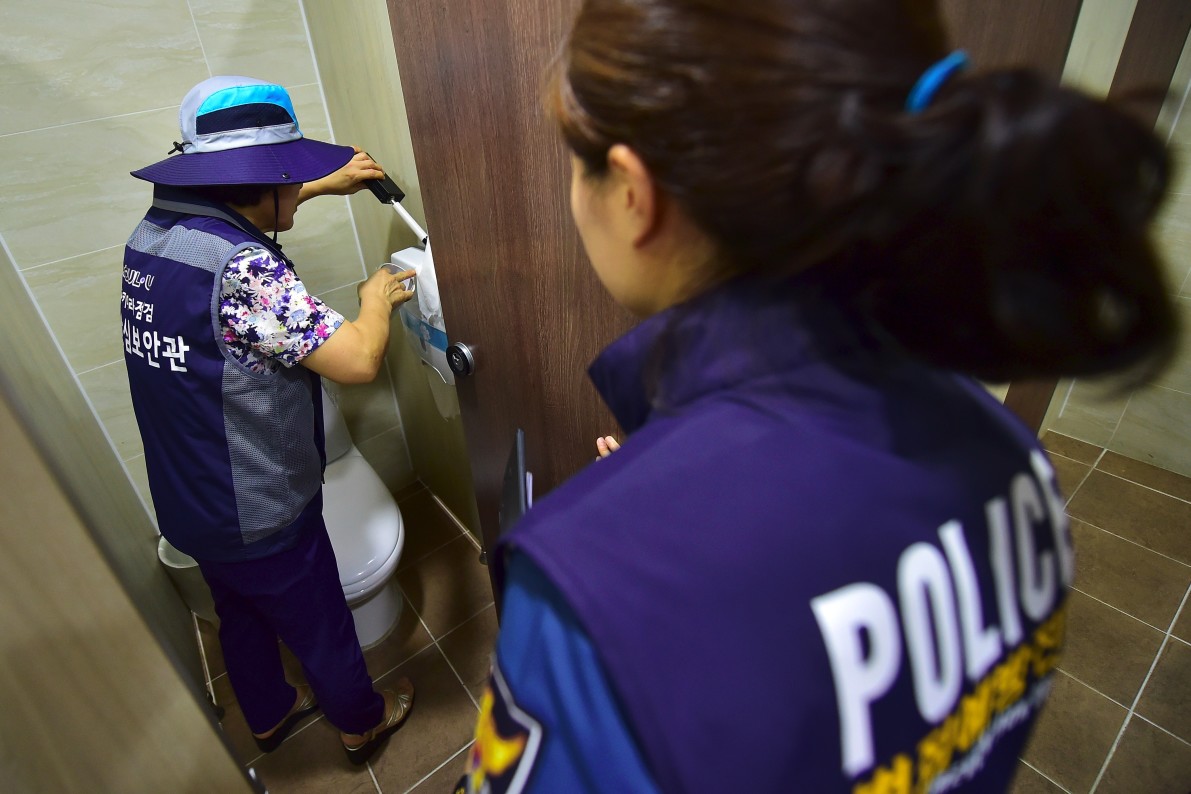 A member of Seoul city's "hidden camera-hunting" squad (L) and a policewoman (R) inspecting a women's bathroom stall to find "secret camera" at a museum in Seoul. — AFP/Getty Images
By Tracy Clark-Flory
Oct 18, 2016 at 6:50 PM ET

While scanning a bathroom stall for cameras, Park Kwang-mi, a 49-year-old member of the team, told AFP, “It’s my job to make sure there’s no camera to film women while they relieve themselves,” she said. “It’s weird that there are people who want to see something like that … but this is necessary to help women feel safe.”