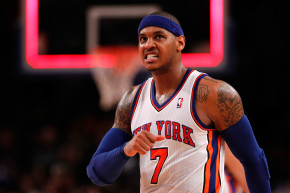 Carmelo Anthony Asks For D-Leaguers To Be Paid, Please
By Robert Silverman

Carmelo Anthony Asks For D-Leaguers To Be Paid, Please

While some of Carmelo Anthony's proposed reforms may go through, don't bank on any major changes thanks to the NCAA 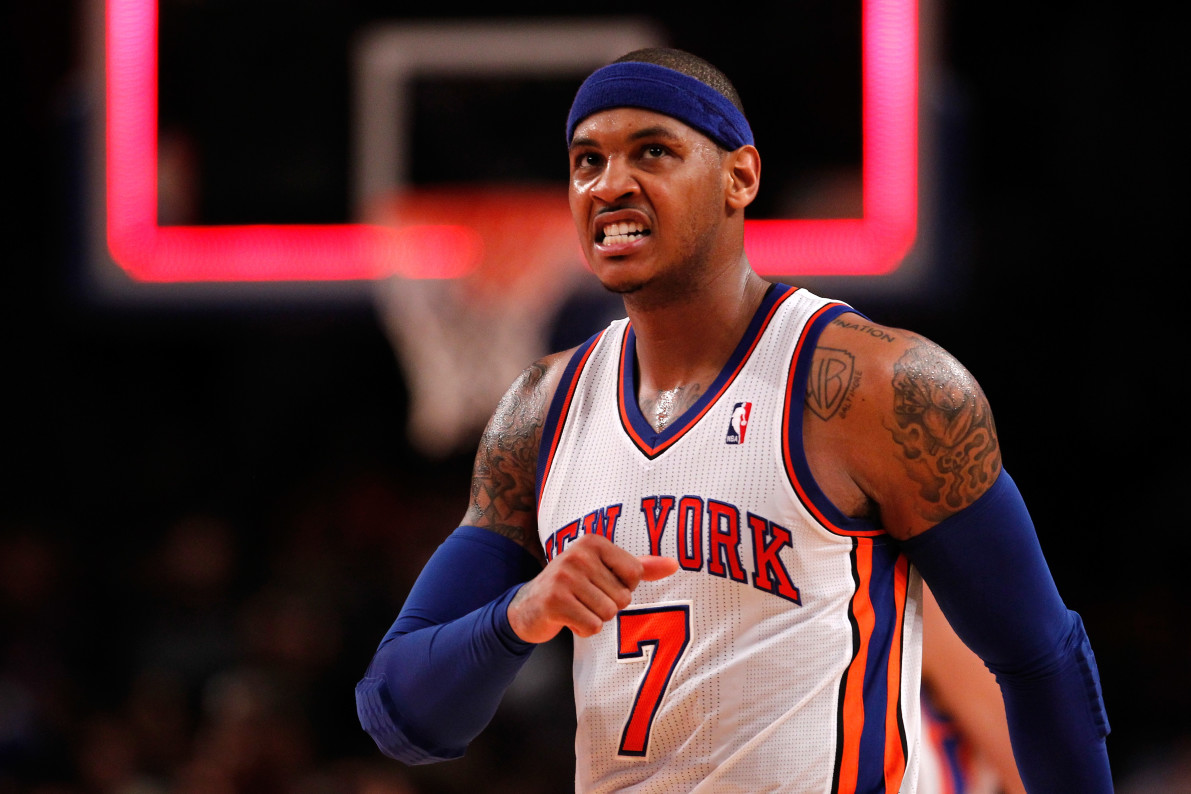 Carmelo Anthony, the current vice president of the National Basketball Players Association, called on the NBA make some serious changes to its minor league, the NBA Development League.

“If I had it my way, I’d rebrand the whole D-League,” he told ESPN’s Ramona Shelburne. “I’d rebrand it so it’s not seen as a punishment.”

The current collective bargaining agreement expires on December 15, and there’s been a lot of happy, if anonymous, sentiments mouthed by both parties that they’ll come to an agreement before the clock strikes midnight. To that end, one way to upgrade the D-League appears to be a done deal: adding two-way contracts which will bolster the union’s ranks.

According to Shelburne, Melo, the recent purchaser an NASL soccer club in Puerto Rico, wants more: increased player salaries that might dissuade a player that fails to nab an NBA roster spot from jetting off to Europe where he can earn far more than he would in the D-League. (The current two-tiered salary structure offers $19,500 and $26,000 contracts, with a total salary cap of $209,000.)

“I’m a big advocate of developing our own players. If you look at soccer, for example, a lot of those clubs have top-notch academies,” Anthony said. “By me being in soccer now, I’ve started to understand the dynamics of developing your own players. We’ve got to keep our players here. We don’t want them to have to go overseas.”

He’s right, but he’s also nibbling at the fringes of actual change. Yes, the NBA would like to have a thriving minor league, and if minimal investments are all that is needed to keep more talent in-house, it’s hard to see the NBA balking since the average value of a team has tripled over the last four years.

Plans for wage increases and an expansion to thirty teams with a one-to-one assignment ratio has been in the works for a while now, but as Chris Reichert notes at Upside and Motor, the real value for players toiling in the D-League lies in the opportunity to secure a job with the big club, and mimicking Major League Baseball’s minor leagues actually could result in lessened player movement. For example, Hassan Whiteside, now the centerpiece of the rebuilding Miami Heat, was plucked from the Memphis Grizzlies’ D-League affiliate, the Iowa Energy.

But if the endgame is to create a viable minor league capable of turning a profit, that means going head-to-head with the NBA’s actual developmental system, the NCAA. If the D-League offered salaries that might be able to dissuade a big time high school prospect from spending a year at North Carolina or Duke, let alone a fringe backup trekking all over Greece with Panathinaikos B.C., well then, the NCAA might start to reconsider their creaky insistence on amateurism being cool and good.

The NBA will never, ever even consider doing this, of course, because the current arrangement, where they can rely on forced wage suppression and a massive marketing apparatus to produce a flood of ready-made, highly-anticipated first year pros works great (for them). Sure, as the first overall pick, the likes of Karl-Anthony Towns would grab eyeballs at a remote D-League outpost, but it’s nothing compared to the attention he drew with a late run in the NCAA Tournament, and hey, why spend real money when the NCAA is signing the checks?

And that’s fine and dandy for Adam Silver and the NBA’s 30 owners, who get to come off as somewhat magnanimous by caving to Anthony and the NBPA’s demands for incremental, if inconsequential, change. Anthony’s right to label the D-League a “demotion” and no amount of clever branding will fix it.