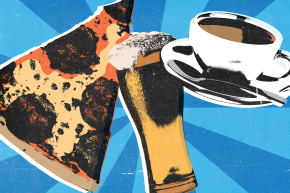 Coffee, Beer, And Pizza Are America’s Most Tweeted Foods
By Alasdair Wilkins

Coffee, Beer, And Pizza Are America’s Most Tweeted Foods 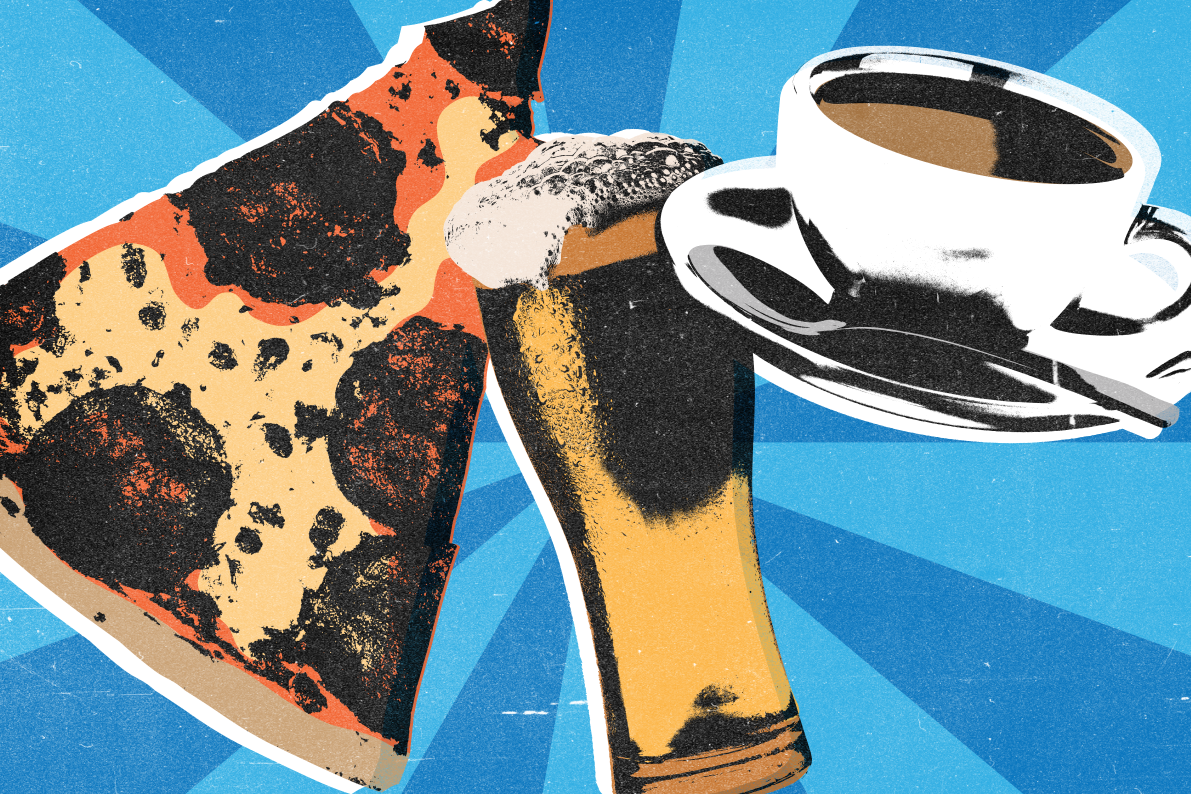 Americans love tweeting about what they eat, and what they tweet about has a lot to do with where they live in the United States. A new study examining tweets about food and physical activity found clear links between socioeconomic status and people’s likelihood to tweet about healthier foods.

Such environmental connections fit with past studies looking at how people in lower-income areas often struggle to get access to healthy options, which can be prohibitively expensive. This new study provides 80 million tweets’ worth of data to support that hypothesis, and the specific foods that attract the most Twitter attention could help shape future public health initiatives to improve people’s diets.

Researchers at the University of Utah Health Sciences looked at a random sample of one percent of geotagged tweets from April 2015 to March 2016, representing 80 million tweets from about 60,000 users. They matched the geotags to 2010 census data to see which parts about the country were tweeting about which kind of foods, and how tweets about food and health were linked with tweets about general well-being.

“We found that economic disadvantage was linked to fewer happy tweets and also fewer healthy food tweets,” lead researcher Quynh Nguyen told Vocativ. People living in low-income neighborhoods or areas with many large households were generally less likely to tweet about healthy foods, while people living in areas with lots of fast food restaurants were more likely to tweet about fast food.

There aren’t many nutritional staples among the most tweeted foods. Coffee, beer, and pizza lead a list that also includes wine, BBQ, ice cream, tacos, sushi, burgers, cake, chocolate, steak, donuts, and bacon, the internet darling of foodstuffs. The only top foods that the researchers considered “healthy” were chicken – which very definitely doesn’t have to be healthy, depending on the preparation – eggs, and salad.

People generally weren’t tweeting about fast food as often as they were foods in general. Starbucks did come in fourth on the list, but the next chain to show up is Chipotle, way down at the 21st slot. That Chipotle is the second most mentioned fast food place despite being behind a couple dozen other chains in terms of sales suggests not all restaurants are considered equally tweet-worthy.

The fact that Chipotle had a major E. Coli outbreak last year may skew those numbers, though other explanations are also possibly part of the story. Way more people are going to McDonald’s than Chipotle, but perhaps they don’t feel compelled to tell their followers about it nearly as often, or perhaps people who go to Chipotle are more likely to be on Twitter than McDonald’s customers.That speaks to a basic issue with the study, one that Nguyen is the first to acknowledge.

“With Twitter, it’s an imperfect data source because not everybody uses Twitter,” she said. Only about 20 percent of the U.S. adult population is on Twitter, and some are a lot more active than others. “It’s differently distributed across demographic groups, so younger groups tend to use Twitter more. And also, people don’t report everything they do and eat, so we’re only getting what they’re willing to share, the image they present.”

That last point might explain why so much of the list is dominated by treats, as people are less likely to tweet about a random Wednesday meal than they are a special occasion steak or chocolate cake.

All that makes for a lot of noise in the data, although Nguyen said she and her fellow researchers are optimistic that the sheer scale of 80 million tweets is enough to overcome that and provide useful data. She said the goal here isn’t to provide definitive answers to questions of health, but rather to offer new ways to look at American health trends that other methods can’t turn up.

“You have a really hard time getting good data for the U.S.,” she said. Previous attempts to find this sort of data have relied on household surveys or in-person interviews, but those are necessarily limited to individual cities or counties. “That’s what we wanted to get with this research: a new data resource.”