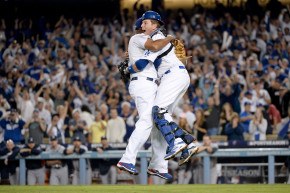 Baseball Teams Are Finally Using Their Bullpens The Right Way

Predictable lineup turnover and scoring patterns dictate earlier use of closers to great success. It's about damn time 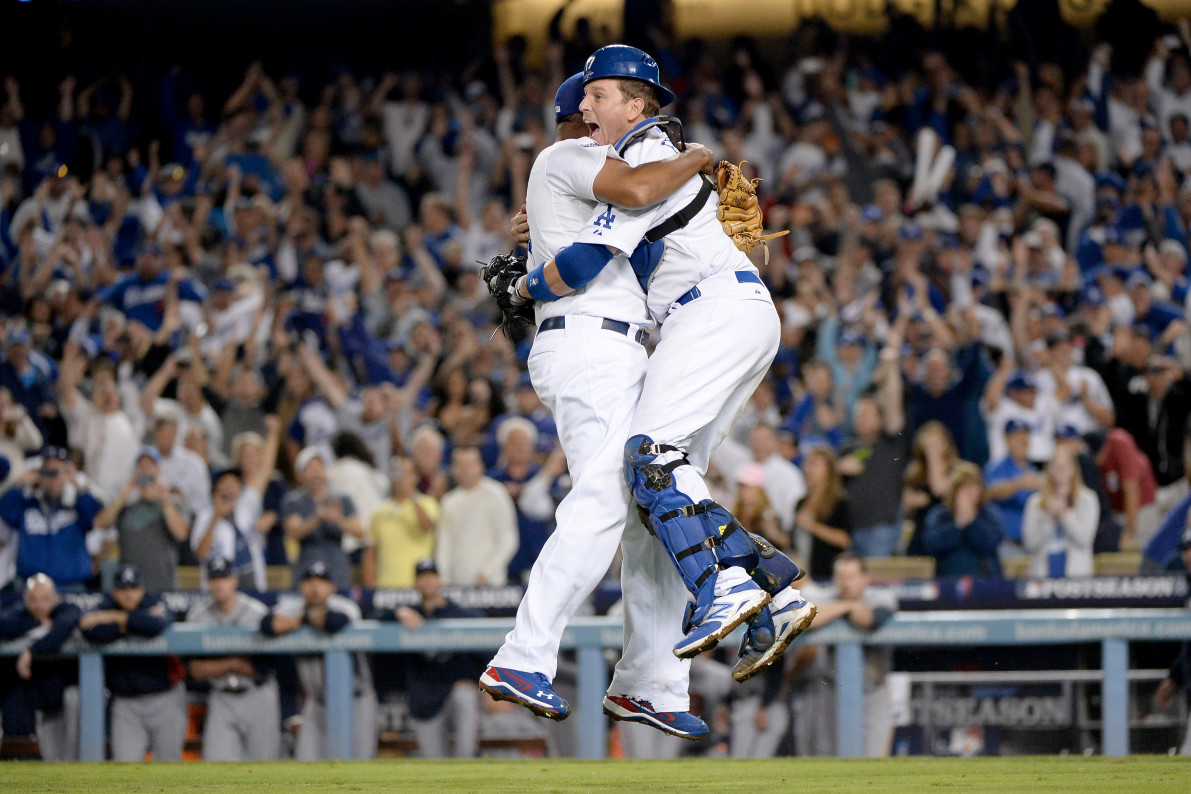 When Dodgers closer Kenley Jansen came on in relief in the deciding Game 5 of the National League Division Series, he broke personal records for time on the mound, logging career highs for pitches (51), outs (7), and batters faced (12).

Jansen began his appearance in the seventh inning: his earliest entry in a game since 2013. The first three batters he faced in the ninth—the Nationals’ Trea Turner, Bryce Harper, and Jayson Werth—were the first three he had ever faced more than once in a game in his seven big league seasons.

Los Angeles manager Dave Roberts also summoned set-up man Joe Blanton in the third inning of that game, but the Dodgers are hardly the only franchise to be re-inventing reliever usage. The Indians have pitched late-inning dynamo Andrew Miller in the fifth and sixth innings to great success. Cubs closer Aroids Chapman, who rarely leaves the bullpen before the ninth, has twice trotted out in the eighth.

This novel concept is actually an old one, a reversion to the halcyon days of 1970s baseball when relief aces such as Goose Gossage and Rollie Fingers were not confined to the ninth inning but pitched instead whenever the game’s outcome was at stake, a concept now quantified by the leverage index.

In the past few decades, however, ever since Dennis Eckersley in the late 1980s, closers have typically been reserved for the ninth inning. Further specialization has followed, with a club’s top three relievers usually pitching only the seventh, eighth, and ninth innings in reverse order.

Such a limitation can be counter-productive because games are often decided in other innings. In fact, one can sketch out a rough map before the first pitch. Despite the myriad circumstances and situations that arise in any given game, there are regular patterns in the aggregate.

Some innings are annually higher scoring than others. More runs are plated in the first, primarily because a manager can stack his best hitters to be sure they all bat in a particular order. (Some attribute first-inning scoring to a pitcher not being fully loose or in command yet, though that’s probably a lesser issue.) That’s also why the second inning always has the fewest runs—except for the ninth, whose bottom half isn’t played to completion when the home team is winning—because it’s typically the bottom of the order batting.

The second-highest scoring frame is typically the sixth, followed by the fourth and fifth innings. A confluence of factors contribute to this: a starting pitcher begins tiring, hitters are adjusting to having seen his pitches, and a lineup’s middle-order hitters will often bat in the fourth and sixth, which is why those two innings have the highest home-run rates of any frame.

This predictability owes to arithmetic. In the last five seasons, the rate of hitters reaching base has held steady between 1.20 and 1.25 baserunners per inning. By this math, a club’s clean-up hitter—the No. 4 batter who usually has the most power on the team—will bat in the first, fourth, sixth, and eighth innings.

The scoring rhythms are somewhat self-fulfilling, as the middle third of the game is usually pitched by a tiring starter or one of the bullpen’s worst relievers. The dominance of today’s best relievers explains why the final third of the game is so low-scoring. Always pitching one’s relief aces in the middle of the game can be counter-productive if they are not deployed judiciously, as the lesser relievers would have to finish the game. Timing is of the essence, and Cleveland manager Terry Francona has proven especially adept this month.

It’s worth noting that the practitioners of this aggressive brand of bullpen use—the Dodgers, Indians, and Cubs—are among the top half-dozen analytically-inclined organizations in baseball. (The A’s, Astros, and Rays fill out the rankings.)

The Indians’ use of Miller in the middle of the game has been nothing short of a smash success thus far: in the postseason, when the game is fundamentally different, he’s thrown nine shutout innings while striking out 20 and walking only two.

There are a few counter-arguments worth noting: MIller’s workload isn’t sustainable (one can’t pitch five out of six games for multiple innings and last for a six-month season); it typically takes about two batters for a reliever to warm up so hazarding predictions of when a starter will falter in the middle innings can be precarious because one can’t afford too many misfires with a reliever warming up for naught; and there’s always a risk that leverage will increase later in the game.

Still, having looser roles that extend beyond a designated inning of work makes sense. This October has shown why the idea, at least in the postseason, has been long overdue.