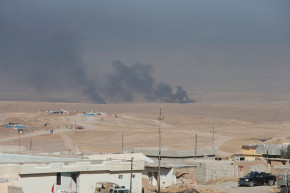 Despite Attacks, ISIS Says Business As Usual In Mosul
By Gilad Shiloach

Despite Attacks, ISIS Says Business As Usual In Mosul

Kurdish forces make slow progress towards the city, suffering casualties along the way 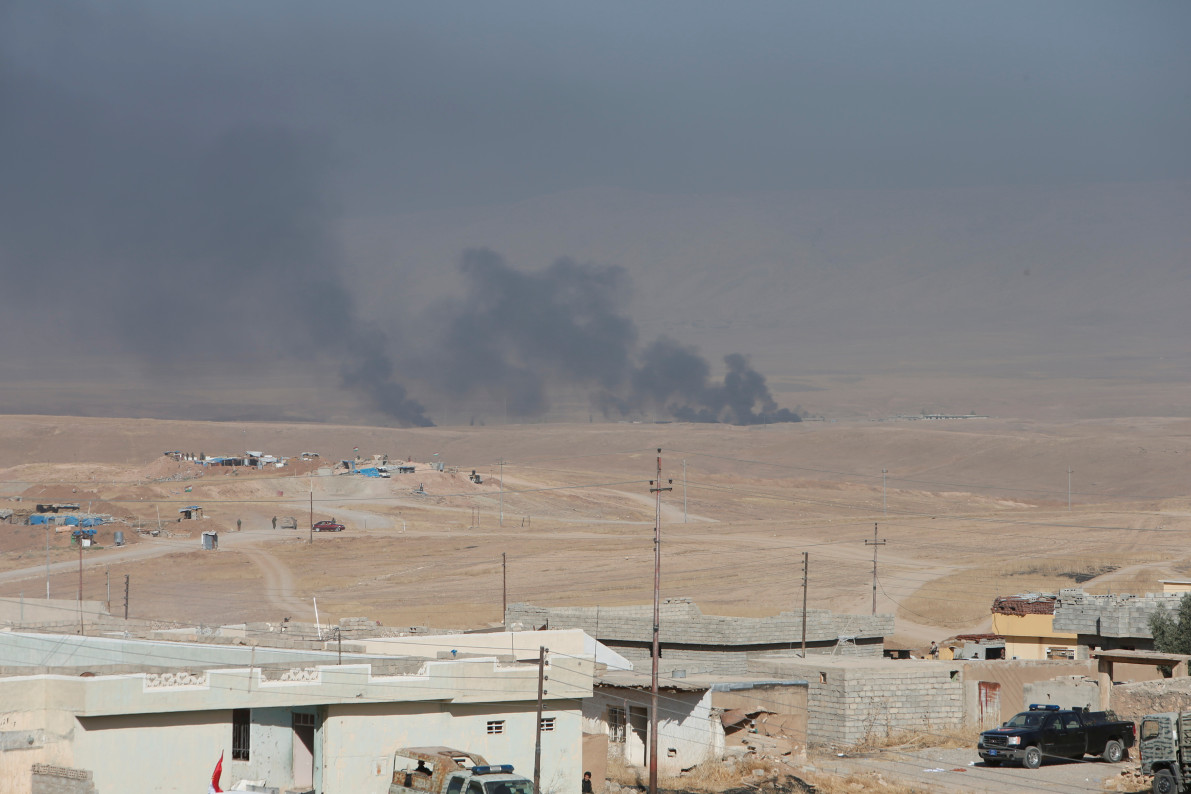 Smoke rises from clashes in the east of Mosul during clashes with Islamic State fighters — REUTERS
By Gilad Shiloach
Oct 18, 2016 at 7:27 AM ET

By the end of the first day of the Mosul campaign Kurdish forces announced they have taken nine villages on the city’s outskirts back from the Islamic State. The terror group meanwhile, said its fighters had carried out suicide attacks against forces that have virtually surrounded the city––Iraqi forces operating in the south and southeast, with Kurdish forces moving in from the north and northwest. ISIS’ Amaq news agency said on Tuesday that there were at least 12 suicide bomb attacks during the first day’s fighting.

At the same time, ISIS continues to promote an image of calm within the city. The group’s news agency posted a video purportedly from inside Mosul, showing local residents unfazed by the events nearby. People interviewed in their cars, walking in the street or buying food at the market were blaming the media for “spreading lies” about what was happening inside Mosul.

“The situation in Mosul is normal,” said one person. “The media can say whatever they want.” Another man interviewed agreed, saying people are able to go out and shop without any issues.

A pro-ISIS media group published a post displaying ISIS’ “accomplishments” in Mosul, boasting that the fighters were taking on over 20 nations in Mosul. The post also said 13 mortar shells were fired against “infidels,” and claimed 15 vehicles were destroyed and over ten fighters of the enemy camp were killed.

On the group’s forum and social media channels, users shared messages of support, calling for the group’s followers to “pray for the brothers who fight on all the fronts, especially in Mosul.”

Hundreds of posts praised the suicide attackers in Mosul and called on fighters to “stand firm as victory is coming, our God will never leave us, he will never abandon us.” A Telegram channel named “Nineveh Province” published a post early Tuesday calling Americans “cowards” who fight only with airstrikes, and promised to fight in Mosul “to the death.”

As the first 24 hours wrapped up, Kurdish forces said they gained control of a stretch of the 50-mile road between their capital Erbil and Mosul. The U.S-led coalition attacked 17 ISIS positions in support of the Kurds and destroyed at least four car bombs, Reuters reported.

Mosul, Iraq’s second-biggest city, is the most important ISIS stronghold in Iraq. The Islamic State took control of it in June 2014, and about 600,000 people have remained inside the city.

A poster published on ISIS channels

On Tuesday Amaq released a new video showing ISIS fighters standing watch on the streets of Mosul during the night. In one scene a masked fighter addresses the camera. “God promised us victory and promised us affliction, and we standing firm and happy with that,” he said. “But you, America, we promise you what our leaders promised you, that you will be defeated in Iraq and you will withdraw, once again humiliated and despised.”