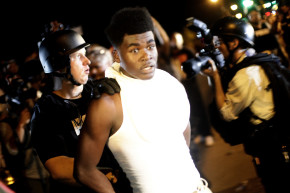 Police Chief Terrence Cunningham gave a rousing speech on Monday, when he apologized for "society’s historical mistreatment of communities of color" 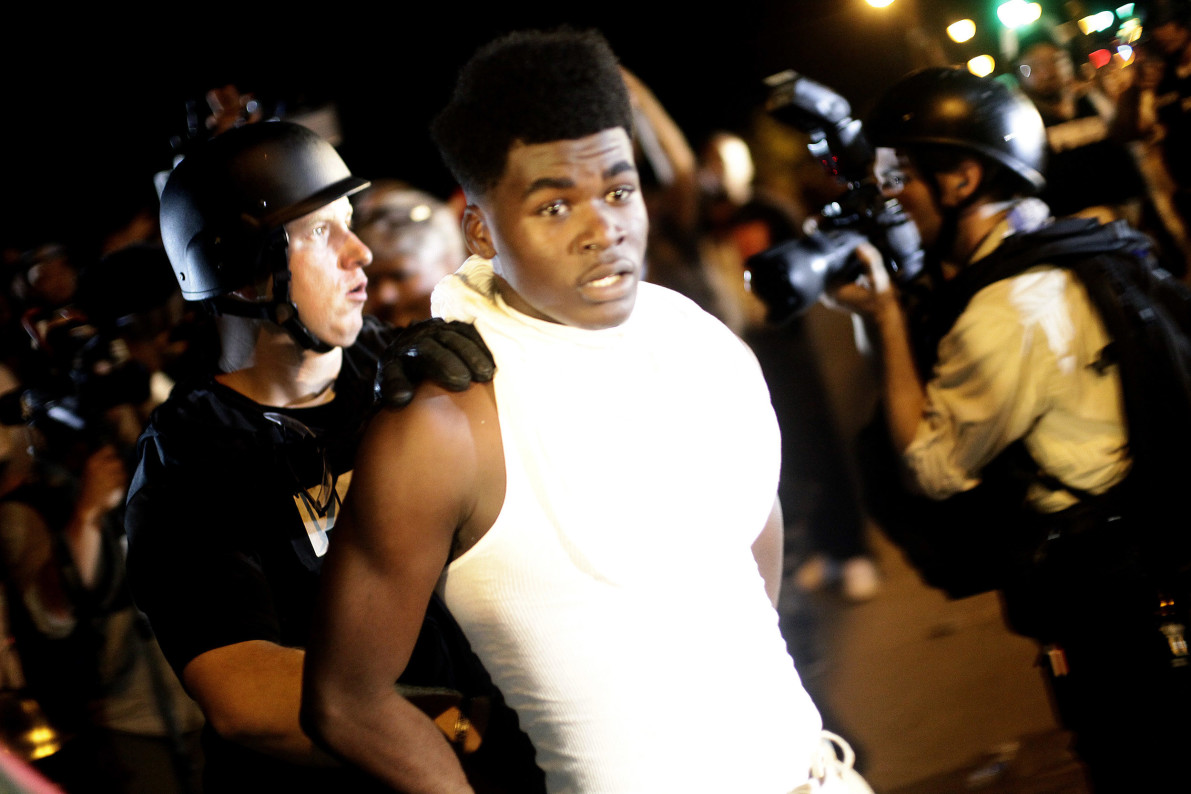 A police officer in riot gear detains a demonstrator protesting in Ferguson — (REUTERS)
By James King
Oct 17, 2016 at 5:29 PM ET

The head of one of the most influential law enforcement organizations in the country on Monday apologized for the “historical injustices” carried out by police against the African-American community.

Speaking at the International Association of Chiefs of Police annual convention in San Diego, the organization’s president and Wellesley, Massachusetts Police Chief Terrence Cunningham described to his colleagues the challenges they face as officers in a cultural climate where more and more controversial officer-involved shootings often divide the police and the communities they’re tasked with serving. He also spoke about some of law enforcement’s “darker periods.”

“There have been times when law enforcement officers, because of the laws enacted by federal, state, and local governments, have been the face of oppression for far too many of our fellow citizens,” he said in a rousing speech on Monday that prompted a standing ovation from those in the room. “In the past, the laws adopted by our society have required police officers to perform many unpalatable tasks, such as ensuring legalized discrimination or even denying the basic rights of citizenship to many of our fellow Americans.”

Cunningham said he would like to move forward and mend the tattered relationships many law enforcement agencies have with their African American communities.

“For our part, the first step in this process is for law enforcement and the IACP to acknowledge and apologize for the actions of the past and the role that our profession has played in society’s historical mistreatment of communities of color,” he said. “At the same time, those who denounce the police must also acknowledge that today’s officers are not to blame for the injustices of the past. If either side in this debate fails to acknowledge these fundamental truths, we will be unlikely to move past them.”

The last several years have been particularly tense for police and the African American community after a spate of controversial officer-involved deaths. Last week, the Department of Justice announced that it is embarking a new program to collect data on police shootings and in-custody deaths after years of criticism for not already having one in place.

“The leaders we need understand that our challenges are multiplied by a narrative that is forming about American policing. It is a narrative that has formed, in the absence of good information and in the absence of actual data, and it is this: Biased police are killing black men at epidemic rates,” FBI Director James Comey said in an IACP speech a day earlier. He added, “Americans actually have no idea whether the number of black people or brown people or white people being shot by police is up, down, or sideways over the last 10 years.”

As Vocativ reported last week, the program is likely to fall flat because it relies on voluntary reporting from state, local, and federal law enforcement agencies, which historically has not worked well for federal authorities.

“Overcoming this historic mistrust requires that we must move forward together in an atmosphere of mutual respect,” Cunningham continued. “All members of our society must realize that we have a mutual obligation to work together to ensure fairness, dignity, security, and justice.”