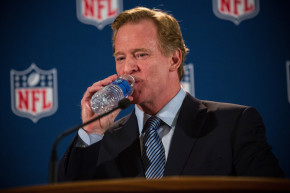 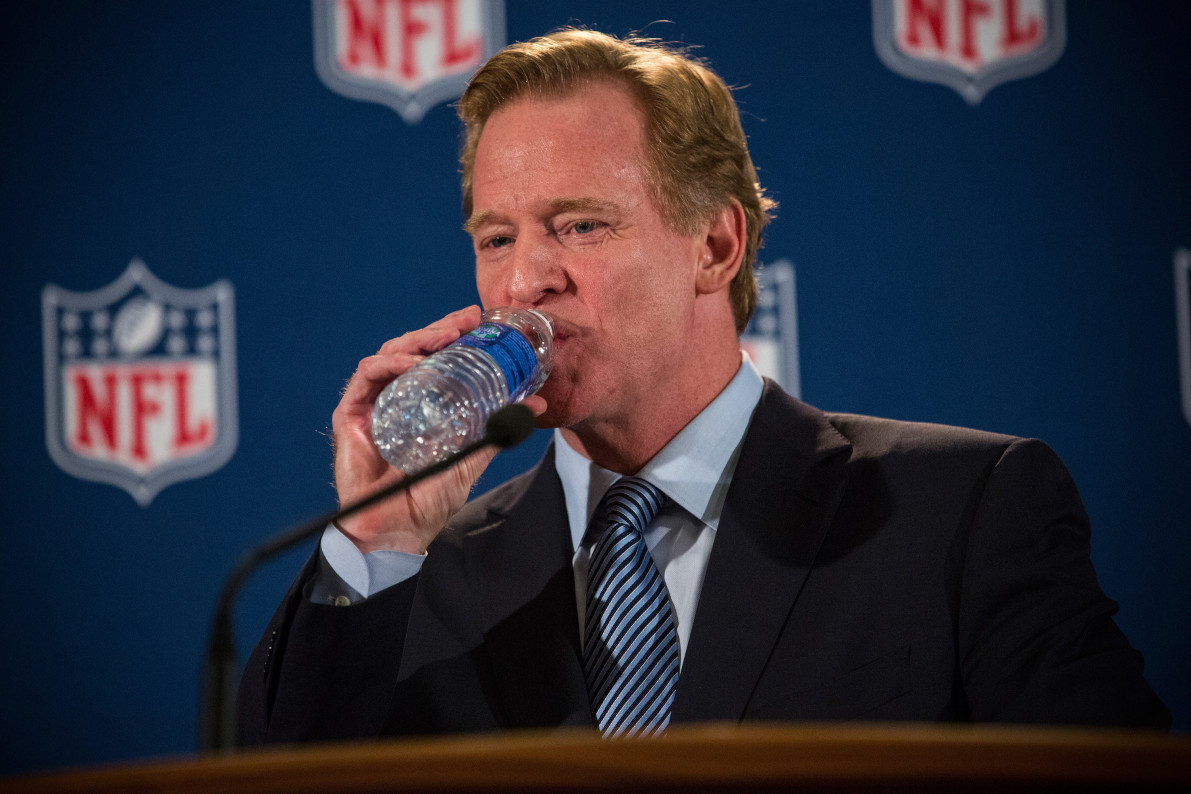 Philadelphia Eagles fans unable to watch their team’s game live on Sunday but tracking the action on Twitter would have seen an exciting second-quarter pronouncement at 2:11 p.m.

That’s a pretty lame animation for a touchdown scored on a 64-yard interception return. A minute later, however, the Eagles’ Twitter account boasted an “EXCLUSIVE highlight” and you know it’s good because of the all-caps shout.

Hmmm, that seems . . . lacking. Why are there only three players on the field? Why’s the football on a stick? Why is everyone running around on little green pedestals? So many questions!

Let’s look around the league some, and oh, the Cleveland Browns scored a touchdown. It’s time to investigate whether they too are playing this weird two-on-one football.

Well, there are a lot more players on the field, but the football remains affixed to a popsicle stick, which makes throwing a spiral awfully difficult.

So, what gives? If you guessed “grassroots advertising for magnetic football games,” well, I guess that’s possible, but that’s no better than the second most-popular response on our Family Feud survey. If, however, you thought “draconian lawyerly corporate policy”—as you should with most NFL endeavors—then you’re right!

This is the practical application of the policy implemented for this week’s games, in which the 32 NFL teams cannot post video highlights or GIFs to their social media accounts unless the league gives its approval by loading the footage onto an internal server. The official NFL accounts will continue to distribute highlights, which team accounts can retweet.

It’s all about centralization of the brand and, as NFL social media boss Tom Brady—not the quarterback, but I’m sure he’s heard all those jokes—told Yahoo Finance, “If we allowed the clubs, and ourselves, to put every single bit out there, there could end up being a lot of noise.”

These team accounts may be acting like rude teens trying to poke fun at their newfound limitations, but there’s a well-formed symbiotic relationship here. Teams such as the Eagles might gain more followers because of their attitude and personality, but they’re just trying to hook you in to keep you engaged with the NFL product. All those headlines about how teams can get fined—up to $100,000 for repeat offenses—are missing the point. This isn’t really a combative partnership.

After all, three minutes after the Eagles “EXCLUSIVE” highlight, the NFL disseminated the actual highlight, which the Eagles account dutifully retweeted.

All of this well help keep the league and its teams on message while potentially minimizing how many video clips are being broadcast, which can only keep the all-powerful TV partners happy. So the teams appear to be rebelling, but such back-and-forth with the league on social media is really just a farce to keep fans entertained and following.