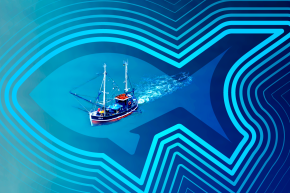 Track Illegal Fishing Operations From Your Computer
By Ethan Harfenist 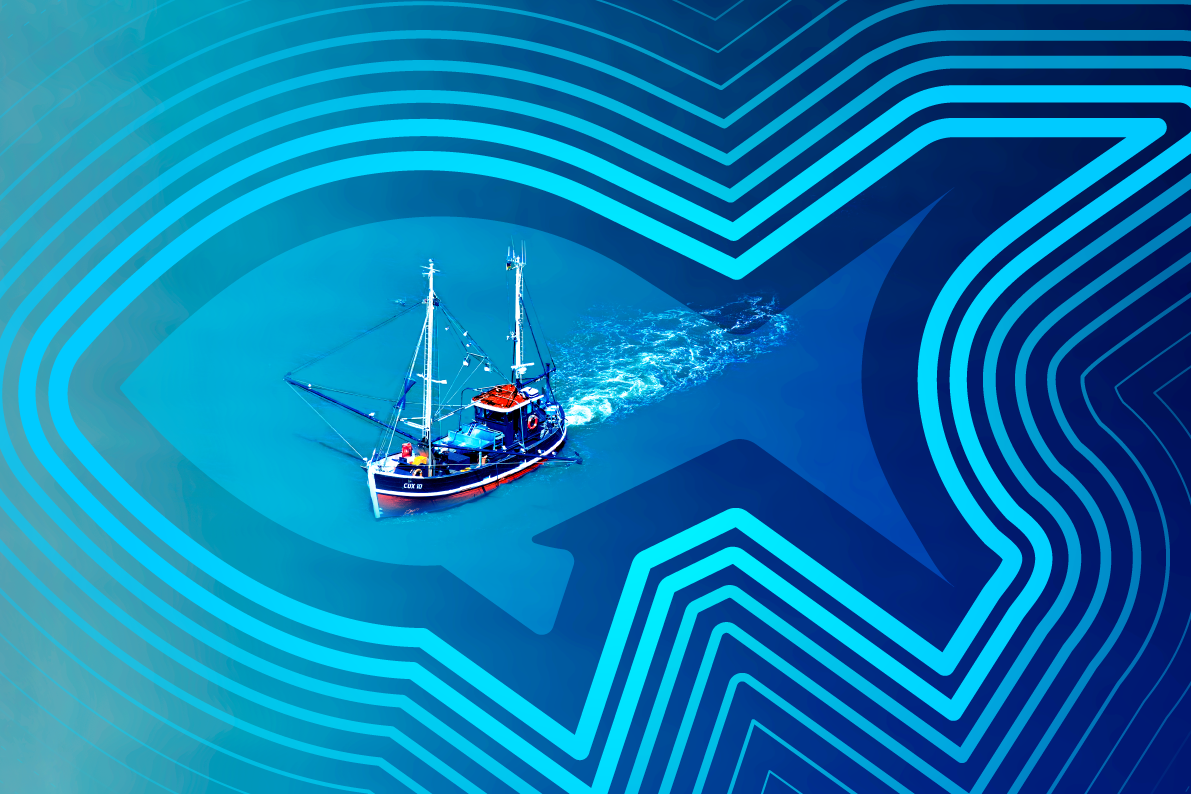 Millions of people depend on the world’s oceans for their food and livelihood, but they’re still consistently under threat by overfishing, illegal fishing, and habitat destruction. In an effort to protect them, a new project hopes to let any member of the public with an internet connection act as a watchdog, monitoring fisheries for potentially illegal behavior from their living rooms.

Two non-profits, Oceana and SkyTruth, teamed up with Google to put all of the world’s trackable commercial fishing activity on a map. Global Fishing Watch, or GFW, currently in beta, was launched this September and shows when and where commercial fishing it taking place. “We’ve collected so far 37 billion and counting ship tracking data points from a public system called the automatic identification system (AIS) that’s used by many vessels at sea, so they can avoid colliding with each other,” John Amos, the president of SkyTruth, told Vocativ in an interview. “And we feed all that data into a computer algorithm that’s being built using machine learning, to detect when vessels appear to be fishing.”

Amos said that the tracking data tells not only provides details about a particular vessel—how big it is, where it is, what direction it’s heading in, and how fast it’s going—but based on GFW’s ability reconstruct a ship’s path in the water, the program can tell when a fish is engaged in fishing activities. “We’re even at the point where, based on this pattern of movement, we can tell something about the likely type of fishing gear they’re using,” Amos said. “And that in turn can tell us, or indicate to us, what species are likely being targeted by that fishing activity.”

But AIS tracking technology also has some shortcomings. GFW observed 127,000 vessels over a 24-hour period recently, and observed three main challenges posed by AIS: its signals are noisy, vessel identities can be cryptic, and although inferences can be made, a ship’s track doesn’t spell out what a vessel is actually doing.

Still, Amos maintains that GFW provides incredible access to any watchdogs or researchers interested in monitoring the world’s oceans. “For the first time, the publican can basically see out into the ocean and get a picture of how these fisheries resources that are so important to all of us, see how they’re being fished and how they’re being managed — or not managed,” he said.

But while global fishing stocks the world over are in peril — according to the UN’s State of World Fisheries and Aquaculture 2016 report, over 31 percent of the world’s fish stocks are being fished at unsustainable levels — tracking the world’s 4.6 million fishing vessels could also present an opportunity to tackle certain human rights abuses associated with the trade. In a Pulitzer Prize-winning investigation, reporters with the Associated Press helped free more than 2,000 slaves working on Southeast Asian fishing boats by tracking vessels and stalking refrigerated trucks. The series of articles led to greater expansion in the seafood supply industry.

Amos said that he would like for all vessels on the high seas to voluntarily make themselves trackable and take the opportunity to show the public their engaged in ethical fishing practices. But he admitted that GFW’s technology “can’t see what’s going on below the decks,” and therefore tracking human rights abuses would be difficult to manage. Amos said that what GFW can do is see when ships rendezvous in the open ocean — which could be an indication of illicit activity in some cases. “The ability of fishing vessels to stay out in the ocean for months on end and not come to port makes it very difficult for anybody who would care to check up on the health and well-being of the crew to be able to do that,” Amos said. “And so, I think that that’s one opportunity where, by making those rendezvous apparent, people who want to try and mitigate those human rights violations, they’re going to be able to see which vessels are doing it most frequently, staying out the longest.”

Jacqueline Savtiz, the vice president of Oceana, also offered ways in which GFW could be used to tackle such abuses. “There are a number of behaviors that could lead to a vessel being labeled as ‘suspicious.’ For instance, some vessels have erratic AIS signals—suggesting that they may be turning off their AIS to avoid being tracked,” she told Vocativ in an email. “There are other behaviors we can see that could lead to our ability to identify a suspicious vessel that may turn out to be indicative of labor abuses. The possibilities are many and we are only just beginning to see the full power of the tool.

International Organization for Migration media officer Paul Dillon also commented on some of the practical issues of GFW’s current system. IOM was involved in repatriating many of the fishermen freed following the AP’s investigation. “A key challenge now is the effective enforcement of the requirement that the vessels’ AIS is activated and that those vessels and companies running dark and unaccountable are suitably sanctioned,” he told Vocativ in an email. “The inability to track vessels is an obvious issue facing law enforcement on the high seas, but it extends to the boardroom as well where companies need to understand that market access is contingent upon their suppliers following the rules.”

GFW is at this point a voluntary endeavor for participating boats, and Savitz said that researchers “can glean a tremendous amount of information from these vessels, without governments necessarily being ‘on board.’” However, Susi Pudjiastuti, the Minister of Fisheries and Marine Affairs in Indonesia, one of the world’s largest seafood-supplying nations, has voiced her commitment to working with the program and sharing the country’s data with researchers in order to promote better fishing policy globally and combat illegal fishing practices in Indonesian waters. (Amid ongoing disputes in the South China Sea, Indonesia has lately bolstered its efforts to assert its sovereignty over its portion of the lucrative trade route, mostly by blowing up foreign vessels its found trespassing in its waters.)

“I believe this is a breakthrough that the world needed to fight IUU [illegal, unreported, and unregulated] fishing,” Pudjiastuti said in a statement issued during GFW’s launch in September that was recently shared with Vocativ. “With technology such as Global Fishing Watch, we can encourage the private [sector] and governments…to be responsible and sustainable.” Pudjiastuti added that she hopes other countries will be encouraged to adopt GFW in the future, saying that the tool is crucial not only for monitoring fisheries but also as a means of pushing toward better policy reforms.

Savitz said that GFW is constantly being improved on, but as it stands now, she believes the tool has the potential to revolutionize commercial fishing. “It can allow governments to improve enforcement, deter illegal fishing, and reduce overfishing. It can allow fishery managers to track vessels and identify potential unauthorized activity,” she said. “In the private sector it can facilitate transparency and promote honesty in seafood supply chains, reducing seafood fraud and allowing consumers to choose sustainable food more effectively…and it can help protect important ecosystems through a combination of sound policy, effective monitoring, and reliable enforcement. Ultimately, it can help restore ocean abundance.”