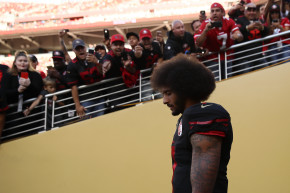 As if Colin Kaepernick's turn as the 49ers' starting QB wasn't fraught enough as is, LeSean McCoy is adding more cops to the mix 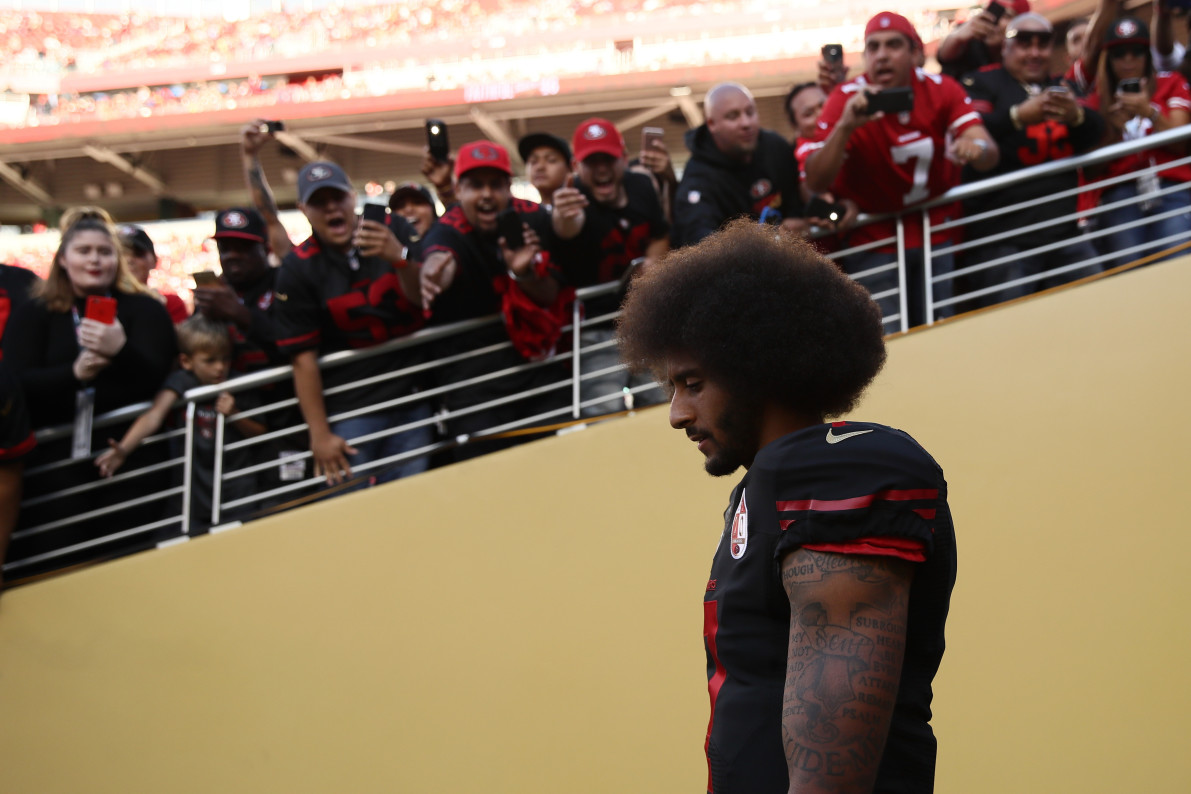 That’s nice. I wonder whom the Bills will be facing this weekend? Let’s just pull out our handy pocket schedule and… Oh, it’s the San Francisco 49ers, and would you look at that, it also happens to be Colin Kaepernick’s first game this season as starting QB.

According to McCoy, this is all just a big coincidence. He’s not intending to make any kind of political statement, nor is this an elaborate bit of stagecraft-slash-trolling, such that Kaepernick might fixate on something other than an wide receiver running a deep crossing route.

Some “inner city” kids will be attending as well, thanks to McCoy’s foundation, Shades of Greatness, Inc. though it’s unclear if they’ll be seated anywhere near or with the police.

“You know, you’ve got to show appreciation cause nobody’s perfect,” he continued. “I don’t want all cops getting a bad rap for what bad cops are doing, cause there are still good cops. And at the end of the day if there’s something wrong going on, or there’s something that is dangerous I’m sure Kap [Colin Kaepernick] will call the cops, he’ll call 911.”

He is correct in that people can be both good and bad, but please. That line about Kaepernick still availing himself of law enforcement is patently ridiculous, has nothing to do with the question of police brutality, and mirrors the Santa Clara Police Department’s since-rescinded threat to ditch Levi’s Stadium altogether if Kaepernick continued to protest.

McCoy also talked about this being America, everyone having a right to his or her opinion, and how grand it is that there’s no legislation on the books preventing Kaepernick from expressing said opinion. Further, his gesture definitely should be viewed as genuine, given that he’s embroiled in a civil suit alleging he assaulted two off-duty Philly cops. (No charges were filed as a result of the incident in question.)

“You guys know about the cops, the situation I had, for me to say that, that’s how you know it’s genuine,” said McCoy.

So, let’s examine all the fun storylines coming together for what would normally be a hum-drum game between a mediocre Bills team and a cratering Niners squad.

A fan base infamous for getting blind drunk and slamming one another through various tables in a city with a longstanding and possibly unsolvable problem with segregation will spend three hours screaming at the face of a growing protest movement. Good luck trying to separate normal, everyday hatred for the opposing team from whatever racial invectives will be flung at Kaepernick. Meanwhile, San Francisco coach Chip Kelly, who has vigorously defended Kaepernick, yet had multiple former players, including LeSean McCoy, say that he has “issues” with black men, will be matching wits with noted Trump hype man, Rex Ryan.

Should be a fun game!