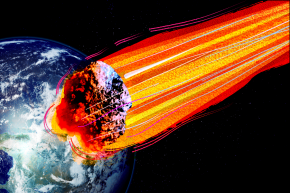 Last Time Earth Warmed This Quickly, A Comet May Have Been To Blame
By Alasdair Wilkins

Last Time Earth Warmed This Quickly, A Comet May Have Been To Blame 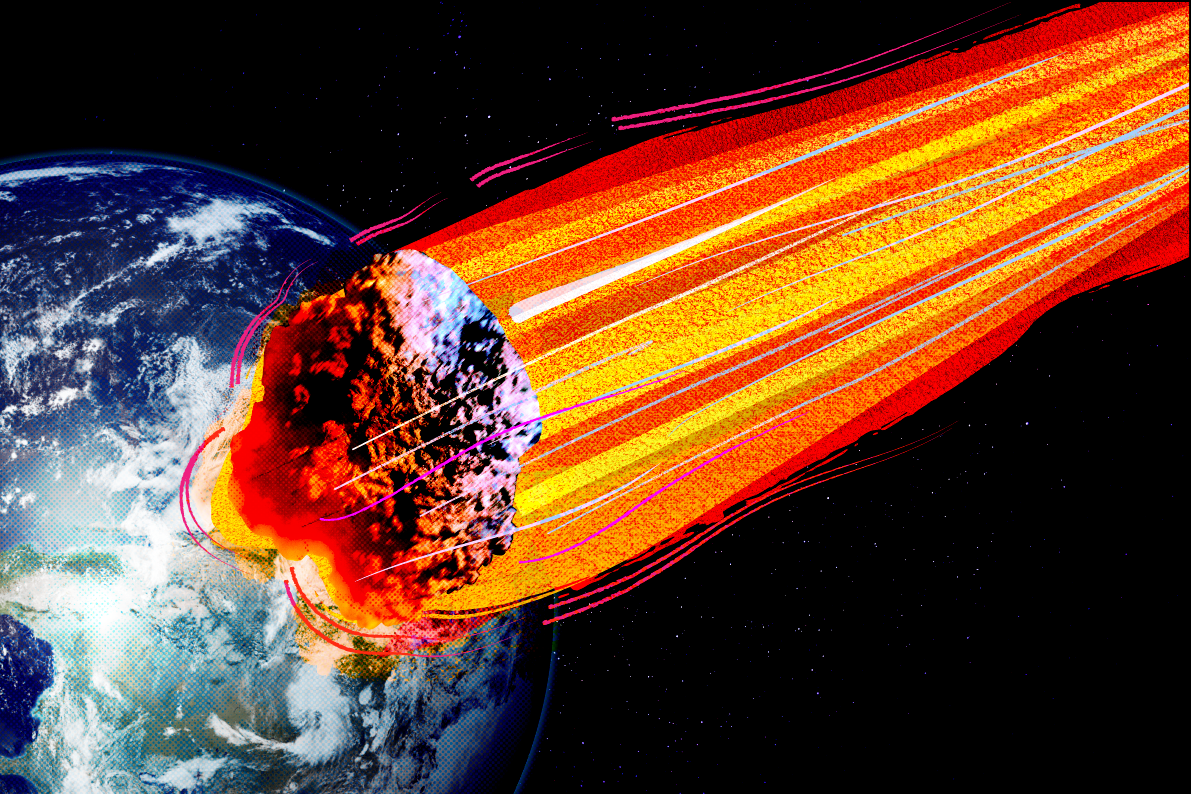 Today’s global warming has no known parallel in human history, but the geological record offers a comparison point if you’re willing to go back far enough. About 55.6 million years ago, Earth saw a massive release of carbon and temperatures spike by as much as nine degrees Celsius. Now a finding from the New Jersey shore suggests a comet or asteroid impact could have helped set off this ancient climate change.

In other words, it might take a comet strike – plus near-constant volcanic eruptions – to recreate naturally what humanity is managing right now through fossil fuel consumption. This ancient period of intense warming is known as the Paleocene-Eocene Thermal Maximum, or PETM, because it occurred at the boundary between those two geological epochs. It’s the biggest spike in the carbon cycle we’ve observed going back at least to the extinction of the dinosaurs 65 million years ago, and the first of the carbon releases into the atmosphere that happened so rapidly – perhaps taking less than 2,000 years – that it’s a decent geological approximation for modern climate change.

What’s a little less clear is what caused the warming. The scientific consensus has been that this warming was the result of an increase in volcanic eruptions across millennia. And while volcanoes probably were the main driver of the PETM, they might not have been what initially triggered the event. The possibility of a comet or asteroid strike has been put forth before, but there’s been little evidence to support the suggestion.

More The Asteroid That Killed The Dinosaurs Almost Got Us, Too

Last year, however, researchers Morgan Schaller and Megan Fung at Rensselaer Polytechnic Institute discovered tiny pieces of natural glass in sediment samples from coastal New Jersey dating back to the time of the PETM. These objects, known as microtektites, are typically formed during impacts from extraterrestrial objects. Intrigued by this unexpected finding, the researchers went searching.

“We started looking for those things in this interval, we found them in multiple locations, we found one in the open ocean,” Schaller told Vocativ. “We spent the last year trying to figure out what they were. It turns out that they have certain features that are absolutely indicative of them being impact-generated.”

Unlike the impact that wiped out the dinosaurs 65 million years ago, there’s no known impact crater. The distribution of the objects suggest the impact was either a relatively small one somewhere nearby or a bigger one far away. This finding is the best evidence yet of a comet or asteroid strike at the start of the PETM, but it’s far from conclusive: It’s possible that something else created the objects, or that they were formed by another strike millions of years earlier or later and simply got mixed into these PETM sediments at a later date.

Schaller stressed that he and his fellow researchers aren’t claiming an impact definitely occurred at the PETM, let alone that it caused the warming and release of carbon. Comets in particular have a carbon component, so it’s conceivable that an impact would release significant quantities of carbon into the atmosphere. It’s also possible the impact caused earthquakes powerful enough to stir and release frozen methane from the seafloor. But whatever an impact might have been able to do in the short term, it couldn’t have sustained the kind of warming the geological record reveals from the PETM.

“If an impact was involved in triggering in the event, the immediate consequences of an impact are not going to add that much carbon to the system so there needs to be other sources,” said Schaller. “Everyone in the community basically agrees that it’s going to take much more carbon from a variety of other sources, probably, to sustain the event for as long as we see it occurring.” That likely means volcanic eruptions were involved in pretty much any plausible PETM scenario.

Understanding how the world changed during the PETM can help us get a better sense of the long-term consequences of climate change. “I think those things are very relevant,” said Schaller. For example, studying the PETM can reveal how weather patterns shifted in response to the sudden warming, with more rainfall in some places and other movements in the water cycle between the atmosphere, oceans, and land.

More Which Species Will Be Hardest To Save From Climate Change?

One big difference between then and now may be in terms of the environment. The planet today appears to be entering its sixth mass extinction – and even if climate change hasn’t directly caused that, it definitely isn’t helping – but quite the opposite appears to have been the case during the global warming of the PETM.

“Really the only extinction was single-celled organisms that lived in the deep sea,” said Schaller. Otherwise, there was the widespread evolution of new species on land, as many species successfully diversified and adapted in response to the warming conditions. One new arrival is of particular relevance to us: “Right after this event is where the primate lineage originated.”

The fossil record suggests many species moved toward the polar regions, which were unusually warm and ice-free even before the PETM began. Mammals as a whole appear to have thrived during this period. “There are winners and losers, but this is a happy time for a lot of things,” said Schaller. “It’s really not that unpleasant of a time.”

Much of the PETM remains mysterious, but it remains the best precedent we have for what is otherwise unprecedented climate change. “Regardless of what started the event, all those things are very relevant to what’s happening now,” said Schaller. “It doesn’t really matter what caused it. If you’re looking for a CO2-driven warming or a carbon-driven warming, this is a great example. There certainly weren’t any humans around back then to do something like this.”