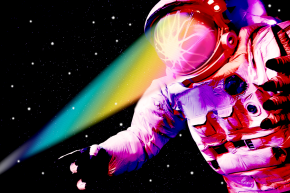 Cosmic Rays Could Damage The Brains Of Mars Astronauts

These dangers won't keep us out of deep space, but we need to understand the risks 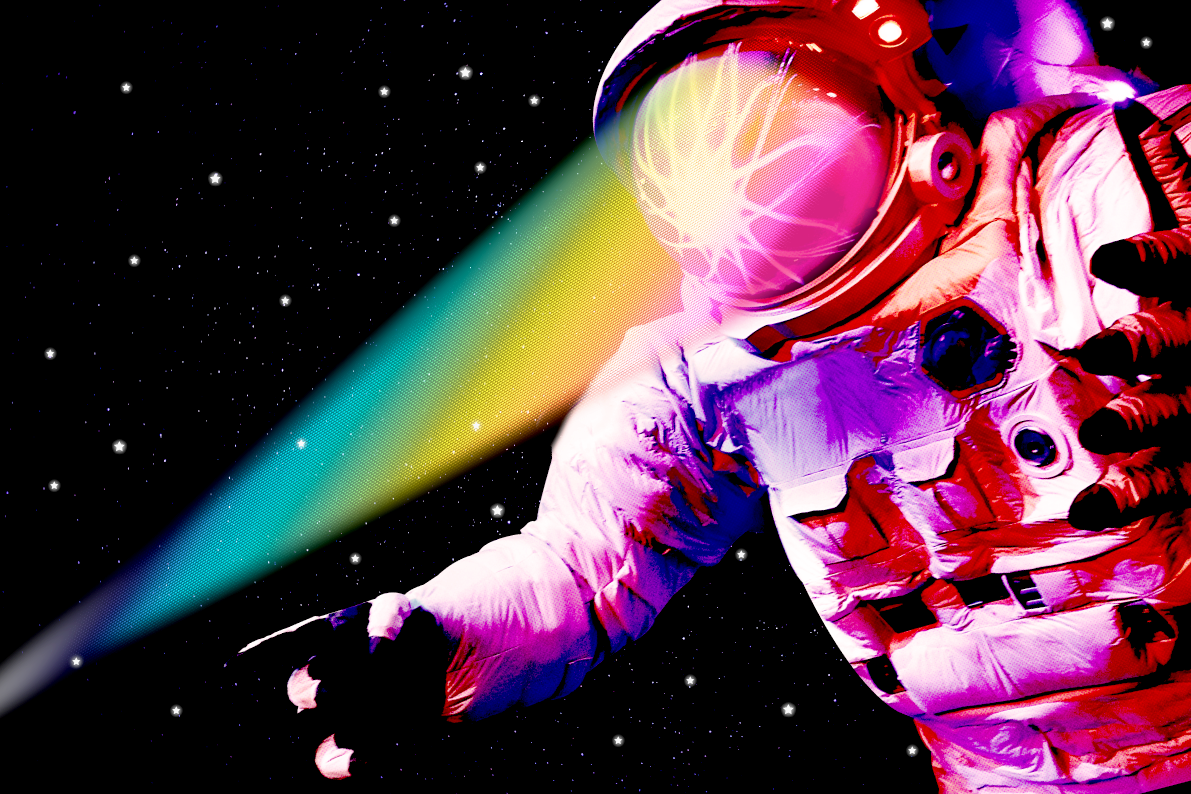 The first astronauts to someday travel to Mars will face risks unlike any humans have ever encountered, but one of the most dangerous threats might come well before they complete the months-long journey to the Red Planet. Cosmic radiation could damage the brain’s neurons, impairing the astronauts’ behavior and ability to deal with the challenges they will face.

Deep space is full of highly energetic particles that can damage vital molecules inside the body. Previous studies have found prolonged journeys away from Earth carry with them increased risk of cancer and cardiovascular disease. While those present serious cause for concern, those are long-term health risks for astronauts, unlikely to cause problems during a yearlong mission. But new research in rodents has found that the kind of radiation waiting in deep space can impair brain functions mere weeks after exposure.

“The types of behaviors that would be impacted would probably be subtle,” study co-author Charles Limoli told Vocativ. Limoli is a professor of radiation oncology at the Cancer Research Institute at the University of California, Irvine. “It would impact their ability to … undergo multitasking, responding to a situation that’s changing, decision-making, and certainly their ability to respond to an unanticipated event.” In other words, all the kinds of complex tasks an astronaut headed to Mars would be expected to undertake.

While the cognitive impairment itself might not be lethal, the mistakes made by affected astronauts could well be. Worse, the rodent study found no evidence that the neural damage was repairing itself, even nearly half a year after exposure. “This is the real reason for concern,” said Limoli of the continued impairments. “They don’t necessarily resolve. The mechanisms underlying them, the changes we find in the neuron, don’t resolve under the timeframes of the study either.”

None of this is intended to say humans shouldn’t venture into deep space. “I’m not going to take that magic away from the public,” he said. “I’m in the business of putting people in space as well, but I’m just in the business of making sure we all realize just what the heck is up there waiting for us.”

There are really only two ways for astronauts to protect themselves: Either prevent the cosmic rays from passing through the body or protect the body from damage after exposure. The former approach calls for stronger shielding than anything our spacecraft have yet needed. This could require a thicker hull or one made from more advanced materials. Even little things like having astronauts wear helmets like they sleep could make a vital difference in reducing cosmic ray exposure.

The other approach focuses on boosting the body’s ability to repair or protect against the damage from cosmic rays. That’s a major focus on Limoli’s research, and one that could have significant impact back here on Earth. “A lot of what we find with our work will benefit those undergoing cancer radiation and chemotherapy treatments,” he said. “The general public as a whole benefits from this.”

Rodent studies on Earth obviously can’t predict with total accuracy what will happen to humans in deep space, but Limoli pointed out there isn’t any known fundamental difference between how radiation affects rodent neurons and how it affects those of humans. As long as the same biological mechanisms exist in both cases, we can expect to deal with these problems in deep space, even if the exact manifestations in behavior changes might not be precisely the same.

“When you look at everything collectively, I think there’s a problem,” said Limoli. “How much of a problem of course is that million-dollar question you’re asking, and I can’t say that. And no one will be able to predict it with complete certainty. But I think knowing the mechanisms underlying these detriments certainly prepares NASA to deal with them up in space.”

For those of us down here on Earth, the planet’s magnetic field shields us from cosmic rays, but the risk of radiation exposure increases the further into space you go. “The astronauts that are on the space station are protected somewhat, not completely, by the magnetosphere,” said Limoli. “So they’re not getting hit by the full spectrum coming off these cosmic rays.”

Only the 24 Apollo astronauts who flew to the Moon have completely left the Earth’s natural protection from cosmic rays, although those missions all lasted less than two weeks. “The risks would be correspondingly lower, I wouldn’t say completely absent,” said Limoli. Indeed, another study he worked on this year found increased rates of cardiovascular disease in the Apollo astronauts compared with their peers, suggesting possible health effects of cosmic ray exposure.

The fact that the Apollo missions are still considered one of the towering achievements of human exploration – space or otherwise – despite these potential health effects is a reminder that cosmic rays don’t bar our entry into space. Understanding the dangers that radiation poses simply allows us to have a better chance of protecting astronauts as they go where no one has gone before.

“A lot of people interpret this as we can’t go into space and that’s like saying we’re not going to drive because you could die driving,” said Limoli. “There’s risk with everything. More people die in a car than will ever even go into space in a month. There’s nothing we can do about the radiation, and we will go into space and should. We just need to know what the heck we’re dealing with.”