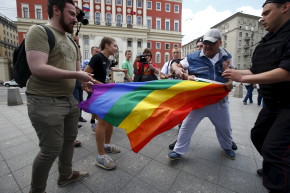 From breakbeats on Red Square to wombs with memories, Russia's embrace of ultra-conservatism is near complete 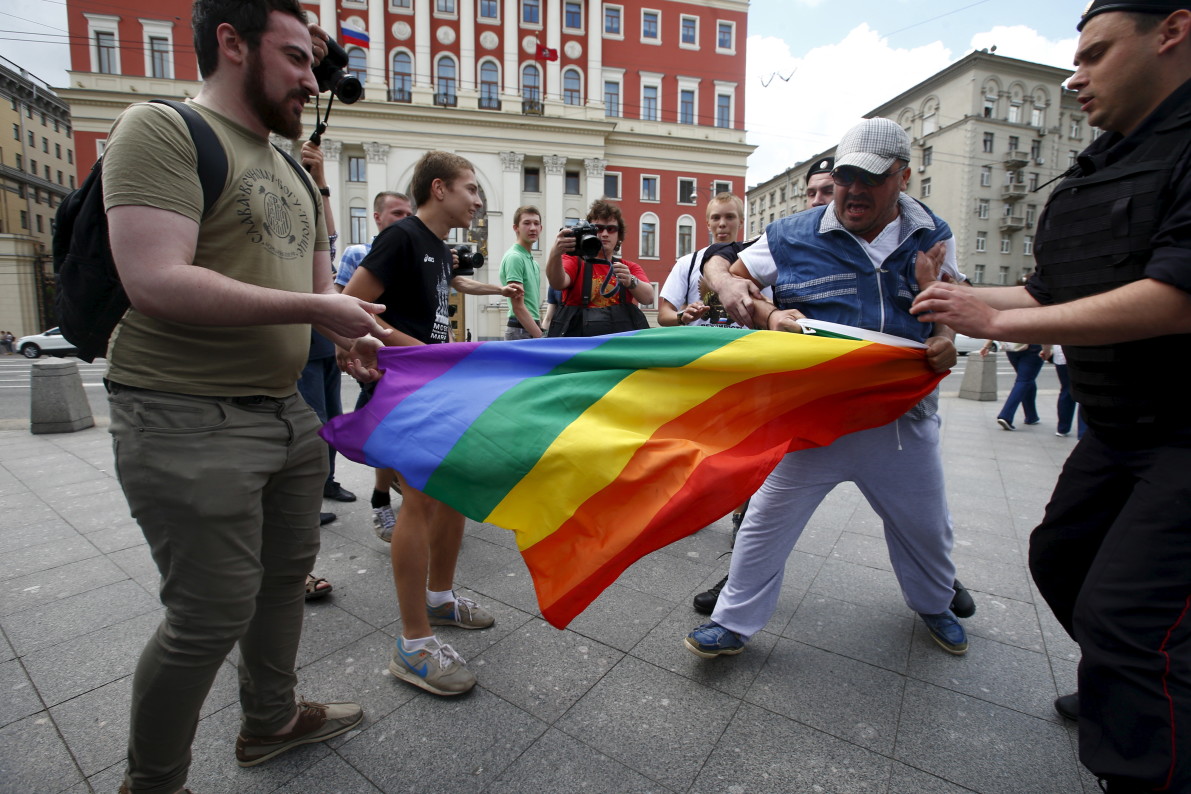 How Russia has changed.

Nineteen years ago this fall, around 200,000 Russians gathered on Moscow’s Red Square to dance to gut-churning bass frequencies and frantic breakbeats. “I’m a firestarter, a twisted firestarter,” intoned Keith Flint, a heavily-pierced British vocalist, his back to the Kremlin’s famous towers.

The visit of the punk-techno group The Prodigy and its free open-air concert within sight of Vladimir Lenin’s tomb, took the Russian capital by storm in 1998. It was the merging, for one memorable evening, of a post-Soviet Russia still searching for its identity and the hard edge of Western pop culture.

Flash forward almost two decades and there is as much likelihood of today’s Kremlin giving permission for such a concert as there is of a Moscow winter without snow. Today in Russia, political and social life is dominated by ultra-conservatives and the religious right. Contemporary art exhibitions and concerts by “blasphemous” Western rock bands are regularly disrupted by defenders of Russia’s “traditional values,” while an alliance of pro-Kremlin politicians and the powerful Russian Orthodox Church is cracking down on “harmful” civil liberties such as abortion rights.

More Why The Panama Papers Won’t Bring Putin Down

Although ultra-conservatism has always played a major role in Russian society, particularly outside the big cities, it was granted the status of Russia’s unofficial ideology in 2012, after mass protests in Moscow against Vladimir Putin’s return to the Kremlin for a third term.

In a keynote speech to parliament after the pro-democracy protests had been quelled, Putin declared that social and religious conservatism were the only ways to prevent Russia and the world from slipping into what he called “chaotic darkness.” In a separate speech he also accused Western countries of betraying “Christian values” and pursuing polices that “place on the same level a multi-child family and a same-sex partnership, a faith in God and a belief in Satan.”

Some analysts, such as Maria Lipman, editor of the Counterpoint journal, believe Putin’s conservative shift was a deliberate attempt to “neutralize” those “urban, modernized, European” Russians who had dared challenge his power by associating them with “Western immorality and decadence.”

If that was the intention, then it worked.

Amid a spike in anti-West sentiments, Russians cheered on as Putin approved legislation that made it a criminal offense to “insult the feelings of religious believers” and promote “non-traditional sexual relationships.” Cossacks, the descendants of the horsemen who once defended Russia’s southern borders, were encouraged to act as Russia’s new moral guardians, a role they performed with relish, while radical Orthodox Christian groups led nationalist marches through central Moscow. “Russians are trying to hold on to their traditional values,” Igor Miroshnichenko, a member of the Union of Orthodox Banner Bearers movement, whose activists wear black paramilitary gear festooned with skulls, told Vocativ. “But in Europe, they have caved in, and allow gay parades, same-sex marriage and so on.”

This intolerance for anything that smacks of “liberal” Western values has also had serious consequences for Russia’s national health, in particular its fight against a growing HIV and AIDS epidemic. Almost 1 million Russians are registered as having contracted HIV, out of a population of 143 million people, an almost twofold increase from 2010. Officials predict that up to 3 million Russians will be living with the virus by 2020.

Despite this, and the fact that many of the estimated 200 new infections day come through sharing needles, the Russian authorities have clamped down on volunteer groups such as the Andrei Rylkov Foundation for Health and Social Justice, the sole organization to hand out clean needles and condoms to drug addicts in Moscow. The foundation, which was often criticized by conservative groups, was forced this year to register as a “foreign agent,” a ruling that severely restricts its ability to operate.

For many liberal or pro-West Russians, however, it is the targeting of the state education system that has finally forced them to consider leaving their homeland.

In August, Putin appointed Olga Vasilyeva, a religious scholar with deep ties to the Russian Orthodox Church, as education minister. One of her first acts as minister was to visit the Russian Orthodox Church’s powerful head, Patriarch Kirill, to seek his blessing for her appointment. Vasilyeva is not only an Orthodox believer, however: she has also previously praised Joseph Stalin, the Soviet dictator who sent millions to their deaths in the gulags.

“They are not going to let my child complete a normal education,” wrote opposition journalist Andrei Babchenko in a much-discussed online post after Vasilyeva’s appointment. “They are going to spoil the last thing we could hold onto by remaining here.”

Another worrying sign for Russia’s liberals was the appointment, also this year, of Anna Kuznetsova, another devout Orthodox believer, as Russia’s top official for child rights. Kuznetsova had previously said that wombs have memories, and that if a woman has more than one sexual partner, she will give birth to children with loose morals.

As Putin confronts the West over Syria and Ukraine, it is his alliance with the Russian Orthodox Church that has bestowed him with a moral and spiritual authority that belies his past as a KGB officer in the officially atheist Soviet Union. But critics say there is a glaring contradiction at the heart of Putin’s attempt to portray Russia as an ultra-conservative nation with deep Christian beliefs.

“The Russian Orthodox Church is ultimately a weak source of conservatism for the Putin regime because very few Russians actually subscribe to its specific values,” said Geraldine Fagan, the author of Believing in Russia – Religious Policy after Communism. “High rates of divorce and abortion in Russia show that popular attitudes are out of synch with those of the Church.”

More Why Russia Is Dominating The Battle For The Arctic

According to UN statistics, Russia has the second highest abortion and divorce rates in the world. Abortion rights may soon be a thing of the past however: last month, Patriarch Kirill, lawmakers from Putin’s ruling United Russia party, and Kuznetsova, Russia’s child rights official, all urged Putin to introduce a ban on abortions.

While the recent wave of ultra-conservatism is reshaping Russia – and its future relations with the West – Kremlin critics such as Petr Pavlensky, a well-known protest artist and co-founder of the Political Propaganda journal, say it is just one more phase in the country’s centuries-old tradition of reactionary politics. The only difference, Pavlensky says, is that while the tsars and the Communists both sought to maintain the status quo, Putin and his allies are seeking to redefine Russia.

“Although there have been fluctuations, Russia has always existed in a state of uninterrupted ultraconservatism,” Pavlensky told Vocativ. “It’s not important what color the knife is that cuts your throat – it still takes your life.”