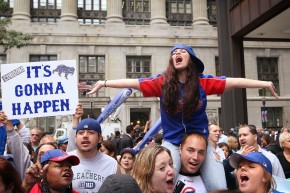 Baseball Parity Strikes Again, Or Get Ready To Feel Old
By Joe Lemire

Baseball Parity Strikes Again, Or Get Ready To Feel Old

This year's World Series will end a long title drought, no matter who wins 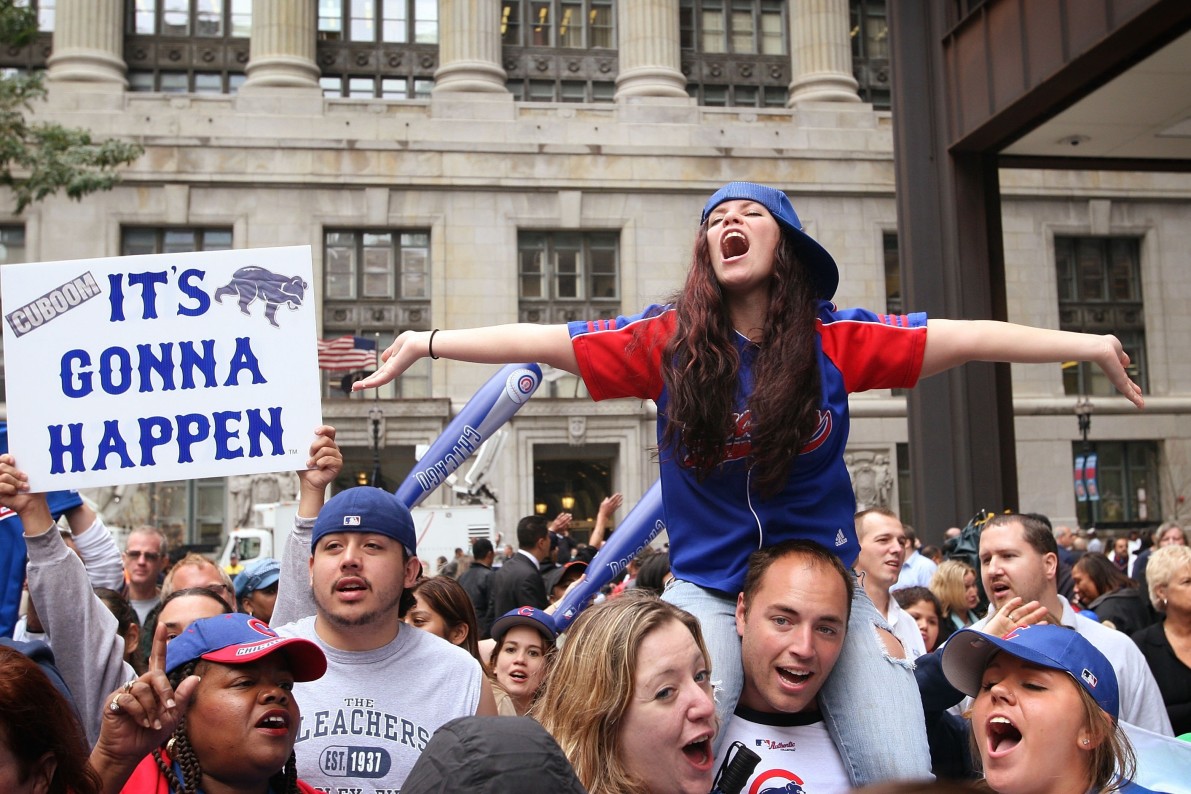 When venerable Chicago Cubs backup catcher David Ross—the 39-year-old answers to “Grandpa Rossy”—tucks in and tells bedtime stories to his much younger teammates, such as 22-year-old shortstop Addison Russell, he doesn’t have to resort to legends of the Cubs’ last World Series title in 1908. Tales about any of the five remaining clubs in the Major League Baseball playoffs predate Russell.

In fact, after the Cubs eliminated the every-other-year champion San Francisco Giants on Tuesday night, that left a field with the Cubs, Washington Nationals, Los Angeles Dodgers, Toronto Blue Jays, and Cleveland Indians, of whom none has won a ring since the Jays won back-to-back in 1992 and 1993.

Baseball remains, unequivocally, the major American pro sport with the most parity—of the 30 MLB franchises, 27 have reached the playoffs since 2008—and it’s been heightened this season. No matter whether the Nationals or Dodgers win the deciding Game 5 on Thursday, history will be made for World Series droughts among the semifinalists.

All four Championship Series participants have gone at least 23 seasons without a World Series title, which is the longest collective drought since the extra round of playoffs was introduced in 1969.

The Dodgers last won in 1988, the Indians in 1948, and the Cubs in 1908, in a series of droughts all four decades longer than the other; the combined Expos/Nationals franchise has never won a championship.

Russell isn’t the only babyface of October baseball who grew up with this cohort of contenders all having last won a championship a literal lifetime ago. Each remaining team has a contributor born after the 1993 World Series.

Nationals starting pitcher Reynaldo Lopes was born on Jan. 4, 1994, while centerfielder Trea Turner, starter Joe Ross, and catcher Pedro Severino were all born during the 1993 regular season. Even superstar Bryce Harper, whose career has been tracked nationally for seven years, was only born on Oct. 16, 1992.

In addition to Russell, outfielder Albert Almora Jr. was born on April 16, 1994; outfielder Jorge Soler and infielders Javier Baez and Kris Bryant all hail from 1992.

The world only welcomed Los Angeles shortstop and likely unanimous National League Rookie of the Year Corey Seager on April 27, 1994, and the postseason’s youngest player is Dodgers starting pitcher Julio Urias, who debuted this year as a 19-year-old and was born on Aug. 12, 1996—nearly 20 years after Grilli, to whom Vocativ apologizes for making him feel so very old.

While the Cubs’ century-plus dry spell makes them the sentimental favorite among many, the winner of this year’s Fall Classic will end an agonizing wait for the fans of whomever wins—even if some of the players haven’t been alive long enough to appreciate it.