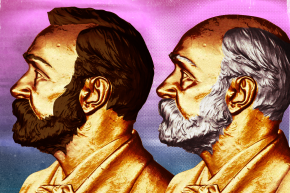 How Long Does It Take To Win A Nobel Prize?
By Alasdair Wilkins

How Long Does It Take To Win A Nobel Prize?

The average winner is 65 years old, but you're going to want to get started now 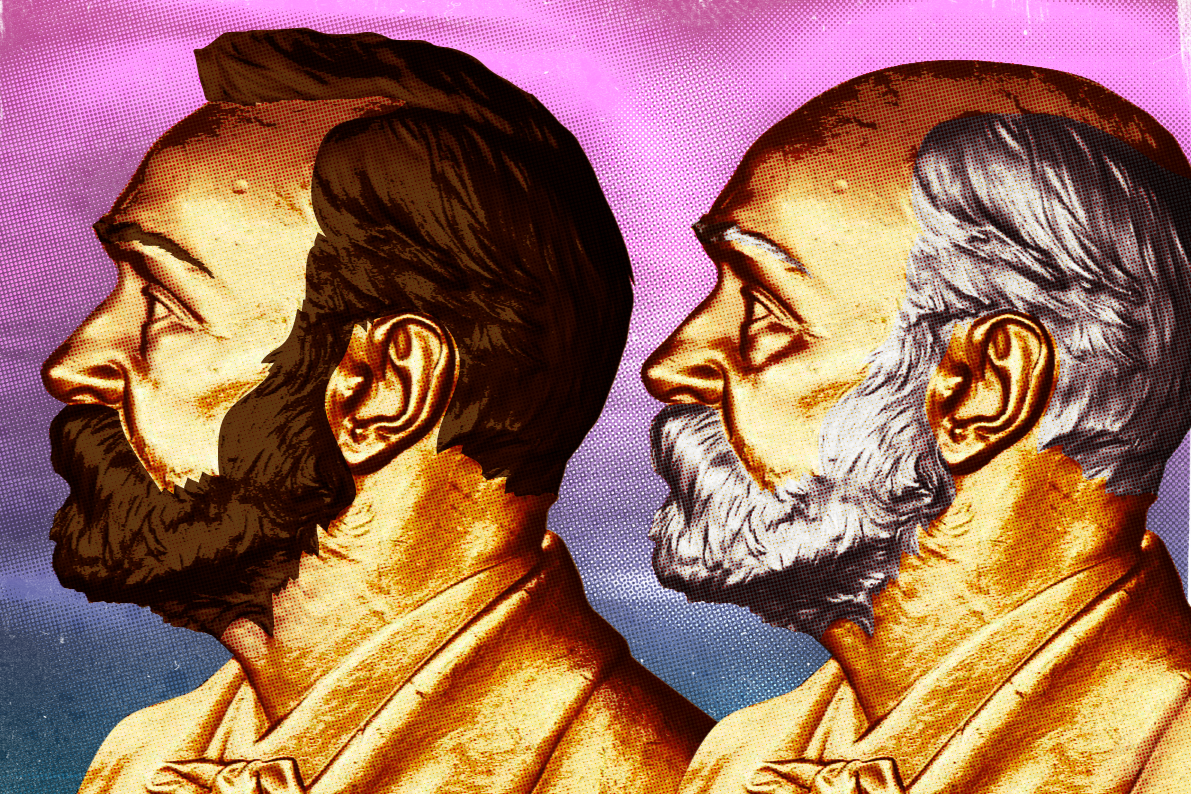 Bob Dylan won the Nobel Prize in literature this morning, becoming the 11th and final member of this year’s list of laureates. The folk music legend represents a profoundly unusual choice for the literature prize, marking the first time a musician has won the prize. But in another way, the 75-year-old fits right in with the typical Nobel laureate: He’s not a young person.

If the last week of Nobel announcements has you eager to get out there and win one for yourself, the good news is that you’ve got time to do so. The average age of a Nobel laureate is 65, which is actually the age of 2016’s three youngest recipients. Dylan’s win ups the average age of this year’s recipients to 70 years old. Even that isn’t especially high, as both the 2013 and 2015 Nobel laureates were on average 73 – the 2014 class was way younger at just 58, but that will happen when you have a 17-year-old Nobel Peace Prize recipient.

Still, the relatively advanced age of today’s laureates doesn’t mean you shouldn’t get to work right away, as most of this year’s winners are being honored for work they did decades ago. Occasionally, a Nobel can come at you fast: Colombian President Juan Manuel Santos, 65, won the peace prize in acknowledgement of something that happened just five days ago, specifically the failed referendum vote on a peace accord between his government and guerrilla fighters.

But all the rest of this year’s winners did their Nobel-worthy work at least two decades ago, and some considerably earlier than that. David J. Thouless, 82, and J. Michael Kosterlitz, 74, shared the physics prize for work they did on the phases of matter in the early 1970s. Bob Dylan might have had the longest wait of anyone: With all due respect to “Empire Burlesque” and “Modern Times,” he’s not winning the Nobel for anything done much past 1969. (Except for 1975’s “Blood on the Tracks,” obviously, which is Nobel-worthy all by its lonesome.)

Based on the historical data, if you’re going to win a Nobel, chances are you’re going to do it sometime in your 50s or 60s, as more than half of all laureates come from those two age groups. Sexagenarians are the most common winners, though it’s only literature, peace, and economics where people in their 60s are the most frequent winners for those categories. For the sciences, the historical odds actually favor you winning the Nobel at a younger age: 50 to 59 for both chemistry and the physiology or medicine prizes, and somewhere in your 40s for the physics prize.

This data fits with the notion that the Literature Nobel and the Economics Prize – which technically isn’t a Nobel, but is generally counted as one – are more like lifetime achievement awards, recognizing decades of distinguished service in those fields. By contrast, we might infer from this that the science prizes are more likely to reward sudden bursts of genius, which is typically thought of as the domain of younger minds. To take the most famous possible example, Albert Einstein first devised relativity when he was 26, though he had to wait until he was 42 to collect the 1921 Physics Nobel.

Keep in mind, by the way, that there are about double the number of science laureates as there are in the other three fields. That’s for a few reasons, including the fact that the economics prize wasn’t awarded in 1969 and that quite a few of the peace prize recipients are organizations, which aren’t included here – if they did, the Quakers’ Friends Service Council would break the scale, as its 1947 peace prize was intended to mark its 300th birthday. But more generally, the Nobel is way more likely to split the science prizes among multiple winners than it is the literature prize, which has been awarded to two people just four times since 1901.

If you win a Nobel before you turn 45, chances are that you’re a big damn deal… or you had the right connections. Let’s start with the former: Malala Yousafzai has earned such international acclaim for her human rights advocacy and opposition to the Taliban that her Nobel Peace Prize almost seems beside the point. Frederick Banting was responsible for one of the 20th century’s true medical breakthroughs when he became the first person to use insulin to treat diabetes. Rudyard Kipling’s pro-imperialist outlook hasn’t necessarily aged well, but he’s still one of the most recognizable names on the list of Literature Nobels more than a century after he received it, so it’s hard to argue with his enduring popularity and significance.

Leaving aside the 51-year-old Kenneth J. Arrow, the other two youngest recipients in their category probably benefited a little bit from family ties. Lawrence Bragg remains the only laureate to share his prize with his father, as he and William Henry Bragg won for their study crystal structure using X-rays. Frederic Joliot married Irène Curie, the daughter of previous laureates Marie and Pierre Curie. The Joliot-Curies shared the 1935 chemistry prize for their work on artificial radioactivity. Between Pierre and Marie’s 1903 physics prize and Marie’s 1911 chemistry prize, the Curies are the most honored family in Nobel history.

As for the oldest winners, some of them could easily have been among the youngest recipients if their contributions had been recognized more promptly. Consider the two oldest physiology or medicine winners. Peyton Rous discovered that a virus could transmit cancer in 1911, when he was just 31. His work was so ahead of its time and he was such an unknown figure in the field that it wasn’t until 1926 that he began receiving nominations for the Nobel, and it wouldn’t be until 1966 that he finally won the thing. Similarly, Karl von Frisch won his award in 1973 for work he had done on the behavior of bees in the 1920s, but it took years for his peers to accept his findings.

Here’s the good news if you want to win a Nobel but haven’t yet got around to actually, you know, doing anything Nobel-worthy. Generally speaking, Nobel laureates are getting older. The peace prize is the big exception here, as the average age has dropped all the way down to 48 this decade. And that’s not all because of Malala, as women’s rights activists Tawakkol Karman and Leymah Gbowee won the 2011 prize at 32 and 39, respectively.

In the sciences, most of the youngest winners are clustered in the first few decades of the 20th century. Physics has a particularly interesting curve, as the average age of winners gets steadily younger for the prize’s first 40 years and then starts steadily increasing. We might be looking at a pair of bottlenecks here: The first decade or so of the Nobels had to honor multiple decades’ worth of luminaries who would have won a Nobel earlier if the award had existed in the 19th century. Once they were cleared out, upstart geniuses dominated for awhile, but the sheer volume of Nobel-worthy physics work over the last half-century means deserving laureates are waiting longer and longer for that call from the committee.

The fact that the Nobel tends to wait for experimental proof of award-worthy theories might also be a factor. That’s why Peter Higgs won the physics Nobel mere months after the existence of the Higgs boson was confirmed, even though he first theorized it in the 1960s. That need for confirmation might also be why Stephen Hawking, probably the world’s most famous living physicist, has never won a Nobel.

That’s the bad news for anyone hoping to win a Nobel: It might take decades to win one, but you probably won’t win one if you haven’t spent all those decades doing revolutionary work. Think of all the winners between now and, say, 2046. In all probability, most of the next 30 years’ worth of literature and economics winners have already started on the work that will earn them their prizes. A good chunk of those next 30 sets of science laureates may well have already made the discoveries that will eventually earn them their prizes. It’s only the future peace prize recipients who probably won’t make their mark until much nearer the time, but that doesn’t mean the task is any easier. You’re just more likely to know right away if your work is peace prize-worthy.

So then, if you want to win a Nobel, it’s best to get cracking immediately. But, given how old you’re likely to be when the big day finally comes, make sure to find some time out from all that deep thought to take care of your health.