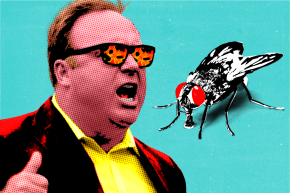 The infamous conspiracy theorist thinks Hillary Clinton is a demon from hell because, according to "sources," she smells like sulfur 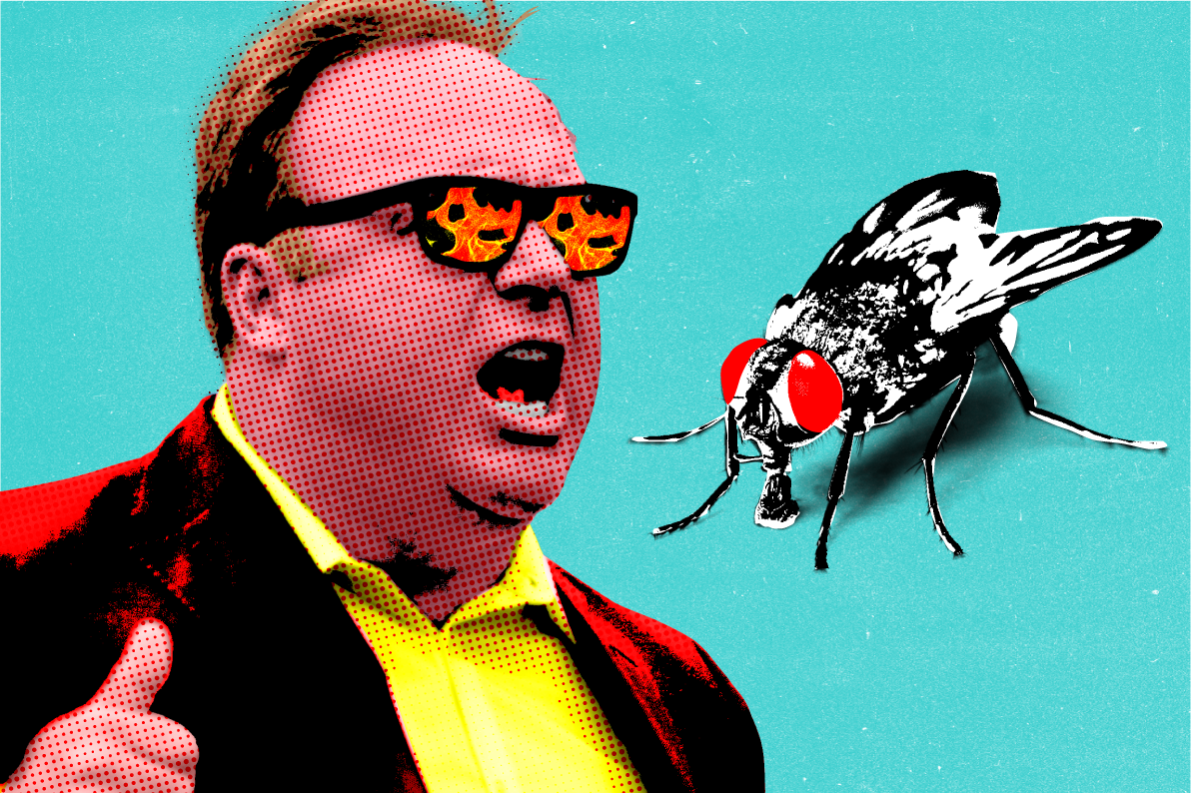 Infamous conspiracy theorist radio host, alt-right messiah, and Donald Trump apologist Alex Jones said on his radio show on Monday that he had proof that Hillary Clinton is not human, but rather a “demon from hell” sent to earth to “destroy the planet.” His proof: “sources” told him she smells like sulfur.

In related news, in another segment of Jones’ show posted online on Monday, he rips his shirt off like a professional wrestler and tries to hawk his Alex Jones-approved vitamin line after squawking about how liberals are going to do away with the First Amendment.

Ladies and gentleman, Alex Jones has lost his last marble.

What in the living hell did I just watch? pic.twitter.com/nPq7a1w4Cx

“Hillary, reportedly, I mean, I was told by people around her that they think she’s demon-possessed, okay? I’m just going to go ahead and say it, okay,” he said on his show on Monday. He’s basing this claim on reports that she and Barack Obama smell.

“Imagine how bad she smells, man? I’m told her and Obama, just stink, stink, stink, stink,” he continued. “You can’t wash that evil off, man. Told there’s a rotten smell around Hillary. I’m not kidding, people say, they say – folks, I’ve been told this by high up folks. They say listen, Obama and Hillary both smell like sulfur. I never said this because the media will go crazy with it, but I’ve talked to people that are in protective details, they’re scared of her. And they say listen, she’s a frickin’ demon and she stinks and so does Obama. I go, like what? Sulfur. They smell like Hell.”

Adding to his “proof” that the president and Clinton are, in fact, “demons from hell,” he points to a moment from Sunday’s presidential debate, when a fly appeared to land on Clinton’s face. On Monday’s show, Jones also claimed that Obama is frequently flanked by flies.

“There are dozens of videos and photos of Obama having flies land on him, indoors, at all times of year, and he’ll be next to a hundred people and no one has flies on them,” Jones said.

Jones did not respond to Vocativ’s request for an interview.

The biblical basis for the devil’s bad odor likely stems from a verse in the Book of Revelations that describes Satan’s hell as a “lake of burning sulfur.” A Google search of “Christianity and sulfur” unearths a trove of Christian blogs and websites that attempt to explain the link between the rotten egg smell and the devil himself.

Christian Help For a Haunting, for example, explains that the stench of sulfur is a traditional Christian indication of a haunting or demon, As are “seeing a spirit or orb,” and “mood swings.”

“This could range anywhere from a cologne or perfume smell; to rotting meat, sulfur, or garbage smells,” the website explains. “You might even smell smoking. Always check for a natural explanation though, and the nasty smells especially at night usually indicate a demonic presence.”

In 2006, then-Venezuelan President Hugo Chavez made the case for former President George W. Bush’s demon-ness with a similar, sulfury claim.

“The devil came here yesterday, right here,” Chavez told the world in an address to the United Nations’ General Assembly, where Bush had spoken the day before. “It smells of sulfur still today, this table that I am now standing in front of.”

Jones has previously made headlines for a wide array of offensive, crackpot theories that his alt-right base gobble right up. He thinks 9/11 was an inside job. He thinks the government had a hand in the Oklahoma City bombing. He believes the shootings at Sandy Hook Elementary School was a hoax.

“Sandy Hook is a synthetic, completely fake, with actors, in my view manufactured. I couldn’t believe it at first,” he said in a 2014 broadcast of his show. “I knew they had actors there, clearly, but I thought they killed some real kids.”

Jones’ kookery has been embraced by much of the racist alt-right—as well as GOP presidential candidate Trump, who appeared on Jones’ show in December. At the end of the interview, Trump thanked Jones and told him, “your reputation is amazing.”